Welcome! Everything is swine.

Jarrod Fairclough – Last night saw the series finale of The Good Place, one of my personal favorite shows.  Call it an unwillingness to let the show go, but I decided I needed to commemorate the comedy series here on The Muppet Mindset.  But I wasn’t exactly sure how.  Then, at 3am I woke up to get a glass of water, and in my half-awake stupor, a pun hit me; Everything is swine, a play on the show’s famous ‘Everything is fine’.  I would recast the show with Muppets, a staple idea here on the Mindset.  But I would limit it to Muppet pigs!  Suffice to say it wasn’t always easy.

Miss Piggy as Eleanor Shellstrop
Brash, loud and unwilling to listen to any bullshirt.  That could describe both Piggy and Eleanor.  Both are natural born leaders, and while Piggy may not always be the heart of the team like Eleanor, she knows she’s better off with them than without them.  Plus, both of them can rock a tiara!  Piggy might also give Eleanor a run for her money in a ‘who can eat more shrampies’ contest…

Dr Julius Strangepork as Michael
Whether captaining a space craft or helming the afterlife, these two know how to lead.  They’re both loyal (well, Michael eventually) and can easily put up with the lesser beings in their teams.  They’re both thrust in to unforeseen circumstances but calmer heads always prevail, even if a fleet of aliens are attacking, or they’re running through The Bad Place to save their friends!  Plus, you know, glasses and hair, I guess?

Captain Pighead as Chidi Anagonye
Look, this one is a stretch, but it turns out there aren’t that many Muppet pigs with discenible characteristics.  Captain Pighead wins out for two reasons – one; he’s a male pig with a name on Muppet Wiki, and two; he constantly complains that people cannot pronounce his name correctly.  It’s ‘Pee-zhay’.  And god knows Chidi had to remind Eleanor more than once how to pronounce his surname (my personal favorite was Chidi Anna-Kendrick).

Annie Sue as Tahani Al-Jamil
Another stretch, yet less of one, is Annie Sue as Tahani.  Both have been overshadowed all their life – Tahani by her sister Kamilah, Annie Sue by Miss Piggy.  And yet both continue to grow, to perform, to better themselves.  Plus, fun fact, did you know Jamella Jamil is performed by Louise Gold?

Link Hogthrob as Jason Mendoza
Both these guys are absolute ding dongs.  Link might be the dumbest pig alive, and Jason might be the dumbest guy in the after life.  But both are just big dumb puppy dogs, with no malice behind their stupidity.  Sure, Link may have an ego unlike Jason, but what they both do is in the best interest of their friends.  Fortunately Link is far less likely to throw a molotov cocktail.  We are unsure of Link’s feelings on Blake Bortles at this time.

Denise as Janet
Look, a lot of the reason for this recast is the hair – somehow, Denise and Janet have the exact same hair do.  Janet is an all-known being ready to manifest white chocolate covered shrimp and a cactus to those around her.  Denise brought Kermit a coffee once, I guess?  Denise certainly thought she knew everything, but was nowhere near as endearing as Janet. 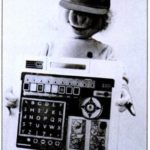 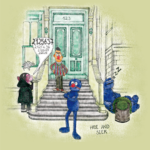 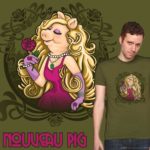 The Muppets Are Perfect For the Digital Age. So Why Aren’t They Thriving?