I am pretty far behind in the video game world.  I’m still playing my Super Nintendo while the rest of the world is simulating multiplayer sci-fi war battles on alien worlds with their virtual reality suits or whatever.  Meanwhile, Tetris is still a challenge for me.

Not many details have surfaced yet, but a Google translated website has this broken-English description:

Kermit the Frog, Miss Piggy and the gang of Muppet Show will land exclusively on PS Vita this year in Disney The Muppets Movie Adventure. In a new fantasy adventure game, will spend the Muppets movie movies, addressing genres spaghetti western or science fiction. We are promised five different worlds where Kermit face of Aliens and Miss Piggy will turn into barbarian warrior.

Three of the five worlds mentioned appear in the images below.  Animal is in a spaghetti western, fighting against Rizzo.  Kermit is a pirate, jumping over Sweetums’ barrels.  And a barbarian Miss Piggy is climbing a tower with Snowth gargoyles.  There’s no sign of the other two, or who the stars may be, but even money says that the science fiction world will star Gonzo the Great.

Check out the screencaps below, and stay tuned for more information about “The Muppets Movie Adventure”! 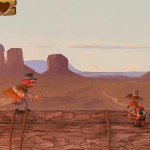 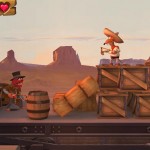 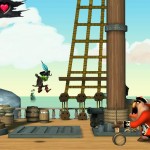 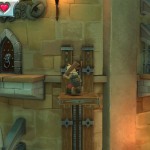 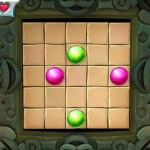 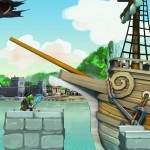 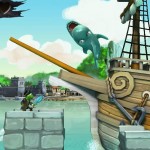 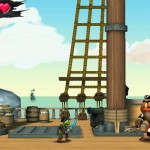 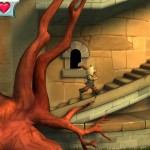 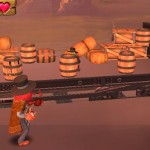 Click here to play Donkey Kong as a frog on the ToughPigs forum!