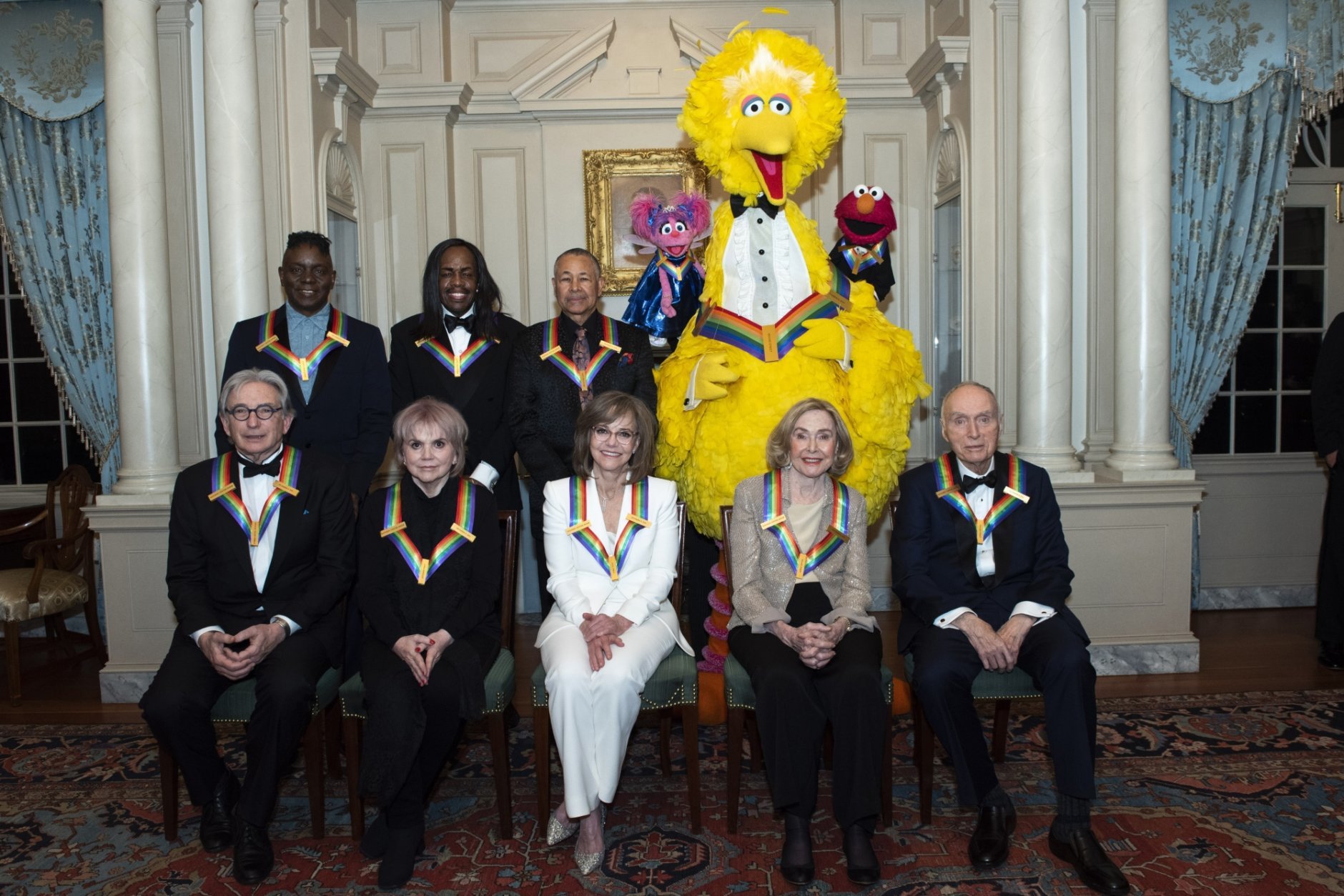 Last weekend, Sesame Street became the very first television program to be honored by the Kennedy Center.  Founders Joan Ganz Cooney and Lloyd Morrisett were present, as well as the cast of Sesame Street.

This Sunday, December 15th at 8pm ET, the Kennedy Center Honors will be televised on CBS.  You’ll be able to see the full ceremony complete with celebrity performances, as well as the inductions for the other honorees: Linda Ronstadt, Sally Field, conductor Michael Tilson Thomas, and Earth Wind & Fire.

Here’s a preview of the event:

And here are a few quick interviews with the Muppet performers (and the Sesame Street characters) from the red carpet:

Finally, a few of the celebrities had some kind words to say about Sesame Street, including Cedric the Entertainer, Lucy Liu, and Joseph Gordon-Levitt.  Watch those interviews here:

Be sure to catch the Kennedy Center Honors on Sunday, December 15th at 8pm ET on CBS!

Click here to put on your tuxedo and visit the ToughPigs forum!