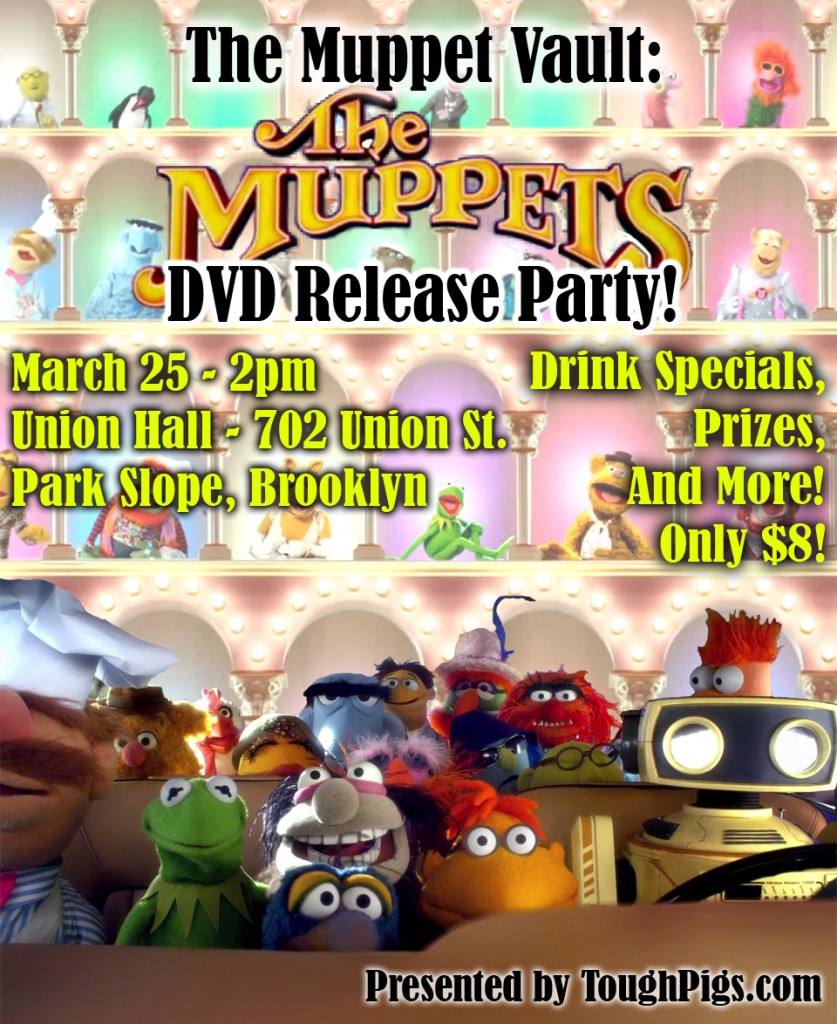 What a year we’ve had, with all the excitement surrounding The Muppets, the movie actually coming out in theaters, the Academy Award win, and the party isn’t over yet!  Our next Muppet Vault will be celebrating the release of the new film on home video!  That’s right, it’s Muppet Vault: DVD Release Party!  (Despite the fact that most of us will be buying it on Blu-Ray.)

This DVD-stravaganza will be held on Sunday, March 25 at 2pm.  We’ll be showing clips from the movie, as well as some rare and entertaining videos starring the Muppet gang!  We’re also working on a few surprises and giveaways that are just too awesome (and unconfirmed) to mention!  As always, we’ll have drink specials, trivia, and prizes!  All that for just $8!  (A special prize for you if you come dressed as “Muppet Man”.)

Once again, the Vault will be held at Union Hall, located at 702 Union Street in Park Slope, Brooklyn, NY. The venue is near the 2,3,4,D,N, and R trains. So many options! Union Hall has a fully-stocked bar, food options, a fireplace, a library, and two bocce ball courts. You can also get there if you travel by map!

Don’t let the bar atmosphere fool you, the Muppet Vault is all-ages! So bring your kids, bring your grandparents, and bring your fart shoes!

Click here to pre-order your tickets!  Pre-ordering is highly recommended, as Union Hall is a small venue and the Muppet Vault has sold out in the past.

We’ll see you in Brooklyn on March 25 for Muppet Vault: DVD Release Party! 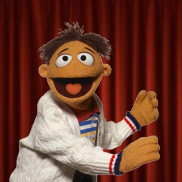 Click here to agree that a celebrity is not a people on the ToughPigs forum!