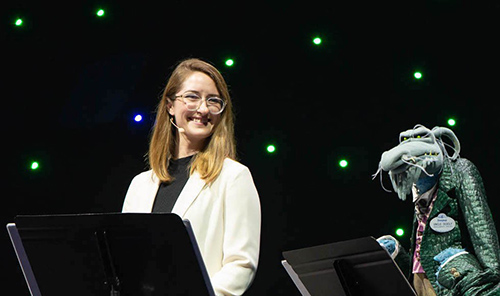 Supposedly, Disney and Marvel made a whole bunch of surprise announcements at this year’s D23, but the biggest is the grand return of Uncle Deadly to the public eye.  Deadly took the stage at the Haunted Mansion event to participate in a dramatic reading (I mean, aren’t all of his readings dramatic??) of the Haunted Mansion script as the star of the show – the unseen “Ghost Host” narrator.  It is miraculous.

By the way, we totally predicted the idea of Uncle Deadly/Haunted Mansion crossover back in 2016!  Yeah, we’re gonna brag about that.

Click here to pick up a hitchhiker on the ToughPigs forum!

Visit the Moon and Recite the Alphabet With New Sesame Animations