As you can imagine, we’re pretty psyched that Emmet Otter’s Jug-Band Christmas and Fraggle Rock‘s “The Bells of Fraggle Rock” are coming to theaters as an official Fathom Event (details on that here!).  We’re so psyched, we’re giving away free tickets to the show!  All the lucky folks going for free had to do was design an ugly Muppet sweater, or show us a Muppet wearing an ugly sweater, or something along those extremely vague lines.

As you’ll see in a moment, the results were diverse, hilarious, and every one of them were brilliant in their own ways.  Before we reveal the winners, let’s take a look at the submissions that we loved, but didn’t make the cut. 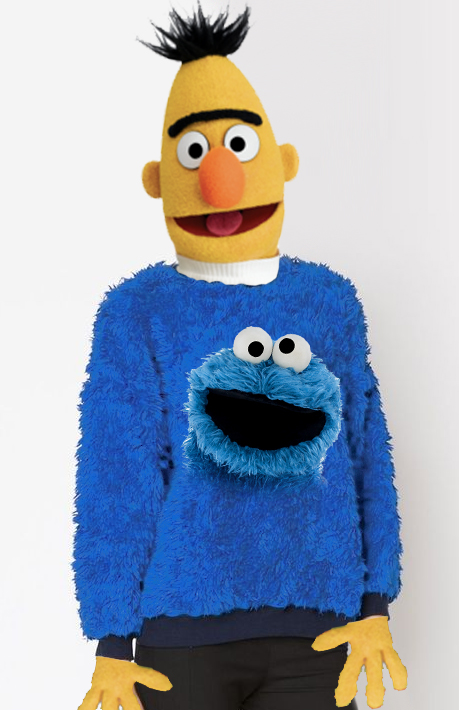 Bert’s Cookie Monster sweater is a great effort by Rob Zajac, but I don’t like the implications of Bert skinning his friend just for the holiday fashion. 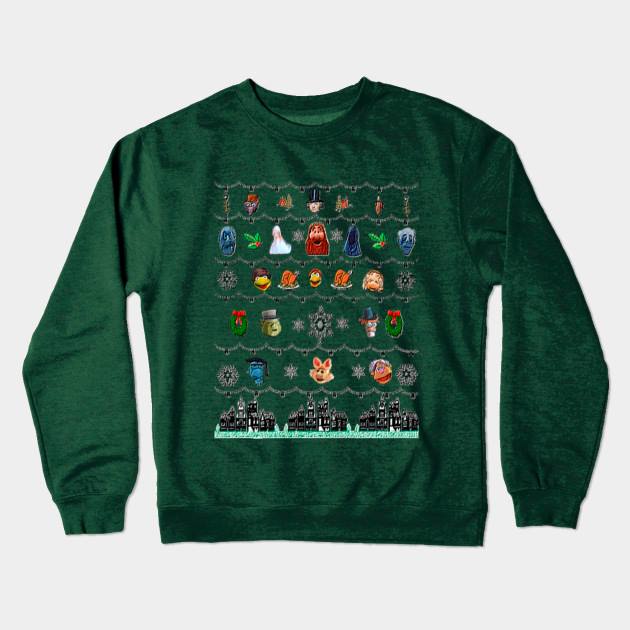 Jill Amherst managed to create not only a great sweater, but also a lot of inspiration for how I want my Christmas tree to look!

Shane Keating has a keen eye for ugliness.  It probably helps that there’s a whole song about it! 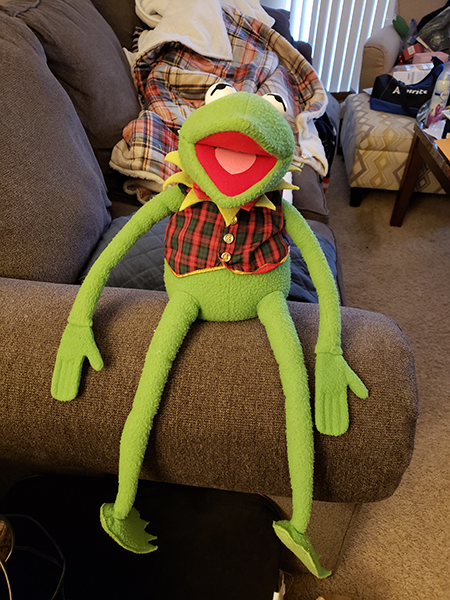 Says Katie Levin: “Ok so Kermit is wearing a vest (not quite a sweater)… While I don’t consider Kermit ugly in the slightest, this poor frog has backwards feet.”  Very true, Katie. All I can think about is frogs on tiny crutches… 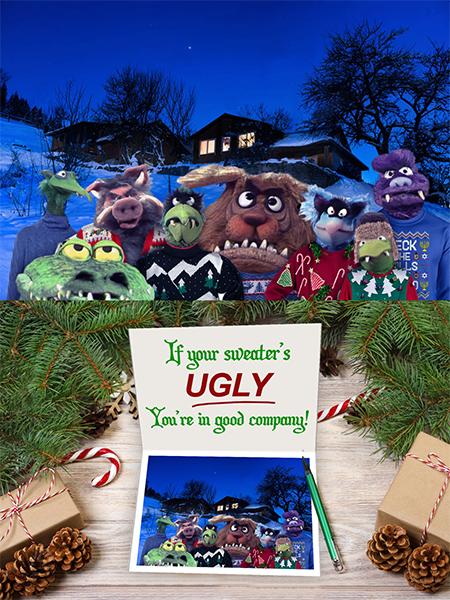 Y’know, Matthew Lydick, if I got that Christmas card in the mail, I think I’d sue my mailman. 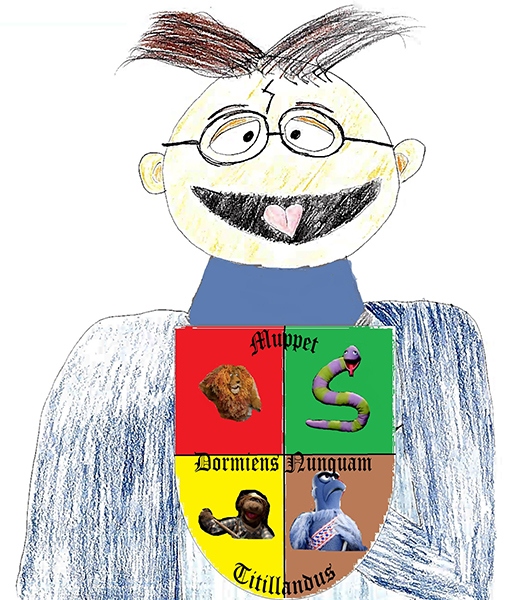 Mary A‘s sweater reimagines Walter as Harry Potter, which is the only Harry Potter reboot we can get behind starring a non-Brit.

And now, without further ado, here are the winners, each of whom are taking home two tickets to the Emmet Otter/Fraggle Rock screening! 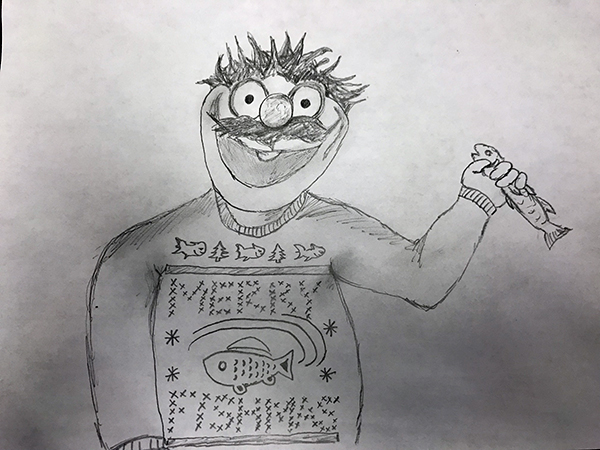 Matt Artson dutifully combined our love of ugly sweaters with Lew Zealand’s love of fish, and ended up creating something that is perfectly on brand. 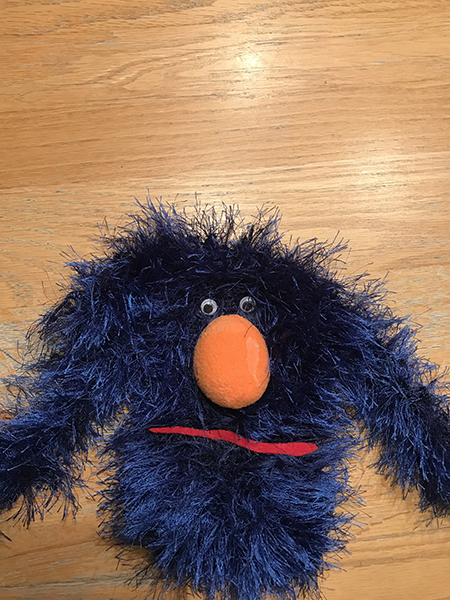 Nice sweater, Spencer Cohen! But are you wearing the sweater or is it wearing you??? 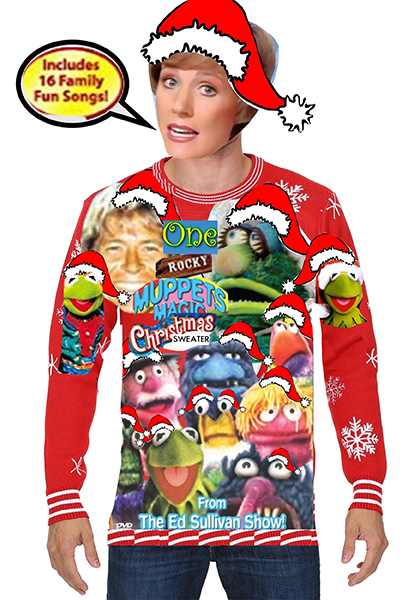 Austin Costello – You have created the ultimate ugly sweater of my nightmares. Obviously sharing our love of ugly Muppet DVD covers, you must also love creating pain in my eyeballs as well as my soul. 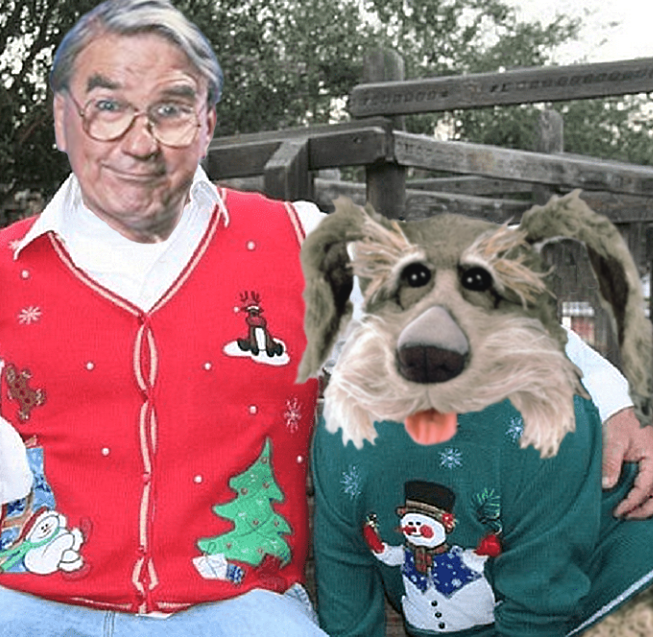 Nothing says Christmas Cheer quite like a man and his dog and a couple of ugly sweaters. Great job, Kaitlin Garrity! 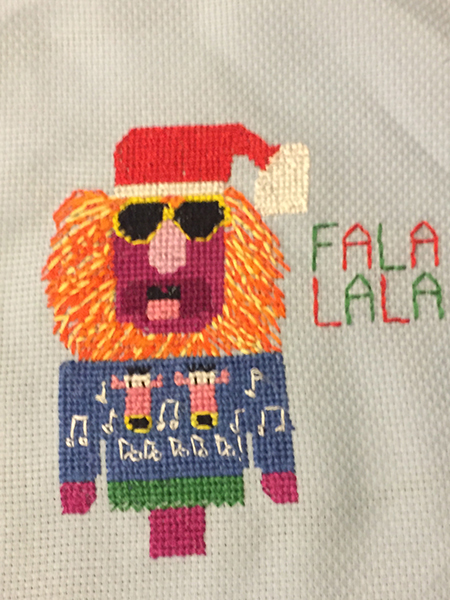 I love this piece by Therese Moloney, partly for the extra effort of the needlepoint, but mostly because of the Mahna Mahna pun (and Snowth sweater!!!).

Congrats to our lucky winners, and many thanks to everyone who entered!

For the rest of you: Be sure to head to the Fathom Events website and get tickets for Jim Henson’s Holiday Special, screening in your town on December 10th and December 16th!  Because it’s just not the holidays without otters and Fraggles.

Click here to don we now our gay apparel on the ToughPigs forum!