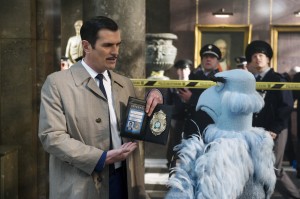 Fans everywhere are talking about Muppets Most Wanted. The songs, the performances, the background characters, the story, the humans and the accents and the Muppet Ladder and everything else about the movie.  Everyone who reads this website has opinions about the movie, but for the sake of internet brevity, we’re bringing back time-honored Tough Pigs concept: Two Things.

Here’s how it works: Name one thing you liked about Muppets Most Wanted and one thing you didn’t like about Muppets Most Wanted, and e-mail them to me at Ryan@ToughPigs.com.  That’s it! (It’s such an easy process that I suspect the most difficult part for some people will be thinking of something they didn’t like.)  In a couple weeks, I’ll compile them and post them here.

Here’s a hint: Be concise.  I know you could write 5,000 words about “We’re Doing a Sequel,” but if you keep your comments brief you’ll have a much better chance of making it into the follow-up post here.

So what are you waiting for? Send your Two Things to Ryan@ToughPigs.com today! 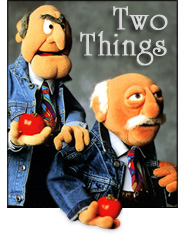 Click here to want the Muppets the most on the Tough Pigs forum!

Two Things About “The Muppets” – Part One