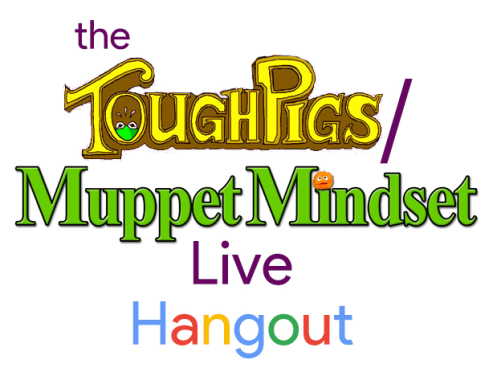 We’ve been talking with our frenemies over at the Muppet Mindset for a while about collaborating on something geeky and Muppety.  And while we (hopefully) have some other stuff in the works, we thought it would be fun to jump on the ol’ webcam and have an honest chat about the state of the Muppets.

Last week, just a few days before the 11th episode of The Muppets aired, we took the opportunity to have a live Google Hangout and talk about our thoughts on the first half of the season and what we want to see from the second half.  We were also joined by a bunch of Muppet fans via chat, who came equipped with questions of their own.

Despite the fact that it was a live broadcast, you can watch the video (which clocks in at a modest 1 hour, 15 minutes!) below, and if you like it, we’ll do another one sometime soon!

Click here to break out the ukuleles on the ToughPigs forum!

The Answers You’ve Been Searching For