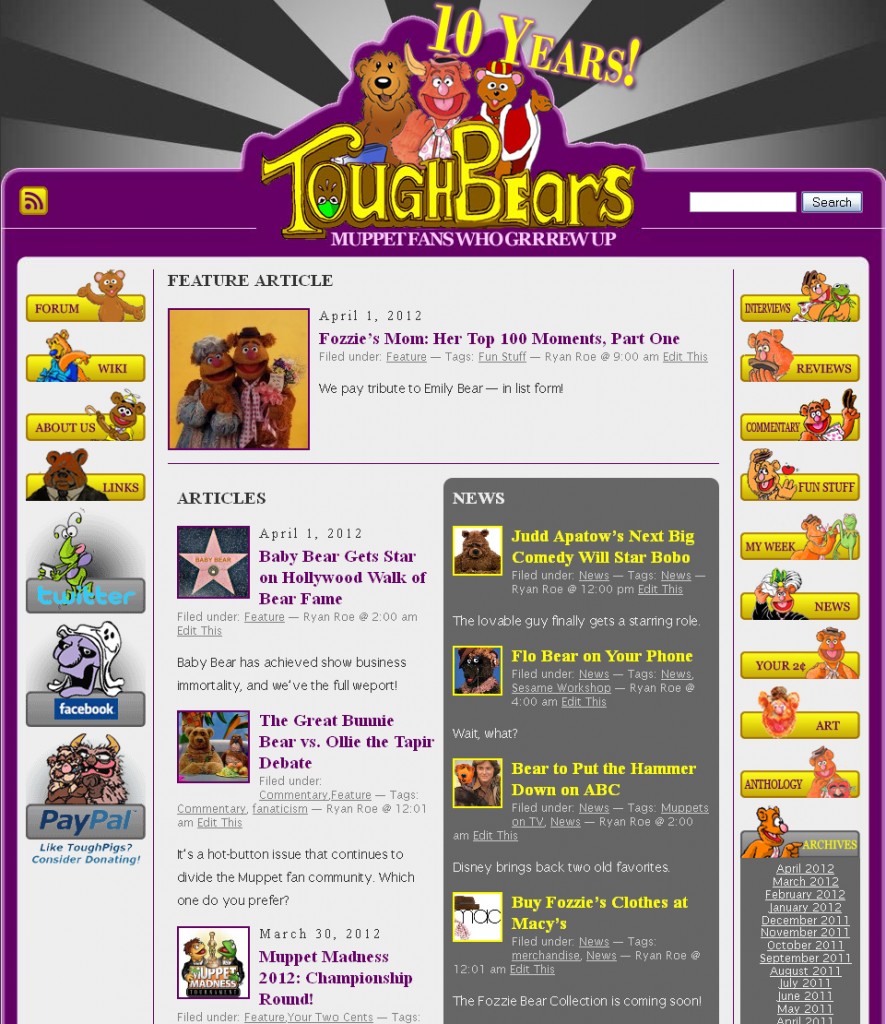 In case you were busy hiding under your bed from the barrage of April Fools Day jokes yesterday, you missed a doozy of a prank here on ToughPigs.  It seems that our little site was taken over by the ursine family for 24 hours!  That’s right, we became ToughBears.com.

The idea came to us from the Muppet Wiki, who have rebranded themselves as “Wockapedia” or “Muppet Wocka” over the past few years.  That, and we really love Fozzie Bear.

Most of the art you saw on the main page came from ToughBears’ ToughPigs’ own Smig, who had no idea we were pulling this heist.  The pieces came from his previous ToughPigs spotlights, as well as some older artwork that will be making its debut here very soon.  The other pieces came courtesy of Dave Hulteen and some stock photography (seriously, how is there no Bear in the Big Blue House or Baby Bear fan art out there???).  I spent a lot of time Photoshopping the ToughBears logo and shrinking down the bear pictures, so I hope you enjoy the effort.

However, half of the blame also goes to my co-conspirator Ryan for filling the front page with bear articles.  Originally, he agreed to write something about the importance of Muppet bears, but when inspiration struck, he provided not two, not three, but seven articles, news updates, and snarky debates about those bears in the Muppet family.  You can read all of those articles here:

I might still be riding yesterday’s April Fool’s high, but I’d wager that it was the best AFD stunt we’ve pulled.  Click here to read about past years’ April First jokes!

We now return you to your regularly scheduled ToughPigs.

Click here to trade in some pork for a porkpie hat on the ToughPigs forum!