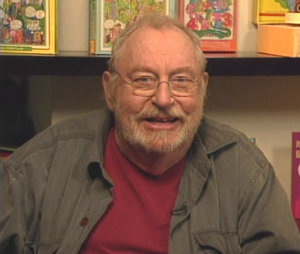 We’re saddened to learn that another celebrity with a strong Muppet connection has left us.  Tom Whedon, sitcom writer and father of Joss Whedon, has passed away at the age of 83.

You have seen Tom Whedon’s handiwork in the early Henson special Hey, Cinderella! from 1970, which he wrote with Jon Stone.  He and Jon Stone also worked on a concept for a Cinderella TV series several years earlier, for which Jim Henson filmed a pilot, but never aired.

Later, Jon Stone brought Tom Whedon along to the Children’s Television Workshop to write for The Electric Company, where he served as Head Writer.

Additional writing credits include The Golden Girls, The Dick Cavett Show, Benson, Captain Kangaroo, and Between the Lions.

As you can see, Joss Whedon got a lot of his storytelling abilities from his father, who proved to be incredibly varied and talented in his own right.  And we’re proud to include him as a member of the Muppet connection society.

Click here to help us remember Tom Whedon on the ToughPigs forum!