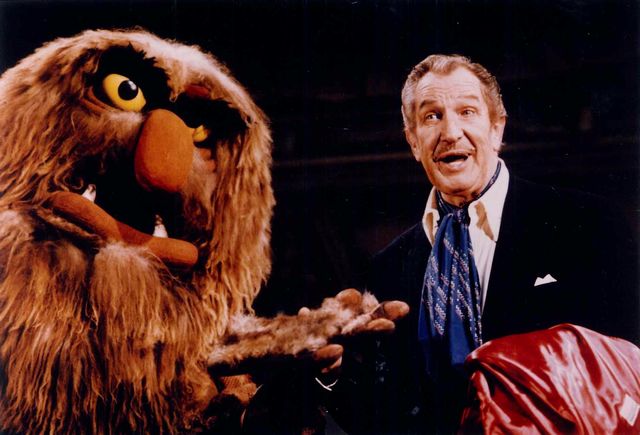 One of the many things I love about The Muppet Show is that it allowed celebrities to get out of their comfort zones and show off a different side to themselves. Celebrated opera singer Beverly Sills sang country music and tap-danced (all in the same number!). Action star Sylvester Stallone put away his boxing gloves to sing a song or two. But I like to think that it all began with Vincent Price. Price’s reputation comes from his extensive work in the world of horror films such as The Invisible Man Returns, House of Wax, The Fly, and House on Haunted Hill, but he also had a strong resume as a comic actor, booking humorous roles on countless sitcoms and talk shows. On The Muppet Show, both these worlds collide, and in practically every frame of the episode, Price looks like he’s having the time of his life.

No, honestly, Price looks like a kid in a candy store. You can see the glee from getting to work with the Muppets just oozing out of him. Price knows he’s in his element, and he makes the most of it. When he laughs, it doesn’t look scripted at all. He fits right in with the Muppet ensemble, and it shows. Take the “House of Horrors” sketch. Price plays his character to the hilt, and allows the Muppet performers to get big laughs, playing it straight (for the most part) until the big payoff at the end. This episode also gave Price a chance to show off his love of haute cuisine (I think that’s French for “hot food”) in the Panel Discussion sketch. You can tell that he knows exactly what he’s talking about. I think it helps the show when a guest gets to show off their interests, especially if they’re not very well-known. Of course, if I ever hosted The Muppet Show, that part would just be me excitedly pointing at the Muppets. For the whole episode.

The rest of the crew must have been having a good time, too, allowing monster- and horror-themed sketches to take over most of the show. This, according to the “Muppet Morsels” trivia track on the Season One DVD release, was the first attempt at a “theme show,” where all the sketches and numbers worked around a central concept, rather than an eclectic variety format (though this episode doesn’t have a central storyline like later “theme shows” would, like Liza Minelli or Brooke Shields). 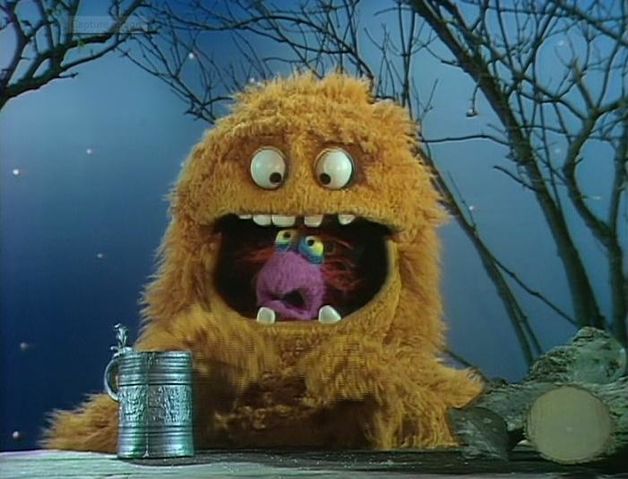 Price’s guest appearance made for a great excuse to try out a horror-themed show, and it works well. Furthermore, like all great monster projects, this episode offers up some really cool special effects; in this case, some inventive puppetry work. Something as simple as the three-headed monster Tom, Dick, and Harry makes me wonder how they managed to fit three puppeteers into a character like that, while “I’ve Got You Under My Skin” marries choreography and puppet design into a really memorable number.

I might be repeating myself, but this episode is a really great example of how good the show was when they had a guest star just let loose and have fun. Everyone is playing off of each other beautifully, which allows for some really great moments. One moment that sticks out is when Pierre LaCousse complains that Gorgon Heap ate his hat, unaware that the monster is about to eat him. It could have been written as a Muppet getting eaten, and it would’ve been funny enough, but the line feels ad-libbed, adding an element of surprise to it, which makes it all the better. There’s just something great about an episode where everything clicks, and it certainly clicks here. 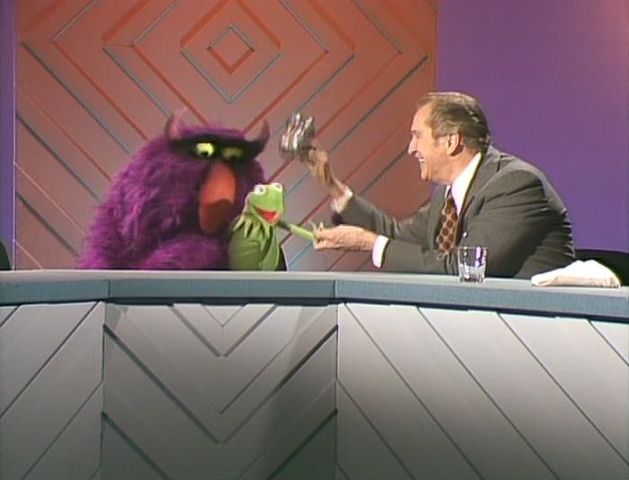 Worst Joke: In the “House of Horrors” sketch: Gonzo: “I don’t understand it, the ad looked so good in the paper!” Fozzie: “What paper was that?” Gonzo: “The Wampire Veekly.” Fozzie’s reaction sums it up: “The Wampire Veekly?” That’s the best you can do?

Best Joke: Also in the “House of Horrors:” Uncle Deadly: “…every night at the stroke of midnight, the master turns into a screaming, maniacal, demonic, raging, blood-lusting animal!” Vincent Price: “And then I get mean!” Price’s delivery just sells it.

First Appearance Of… Oh, yeah, as you probably just noticed, Uncle Deadly makes his debut in this episode! Deadly would only make of handful of appearances on The Muppet Show and elsewhere before disappearing. But he must have made enough of an impact on someone to revive the character in time for the gang’s long-awaited cinematic return in 2011, where he has since become the dashing wardrobe manager we know and love.

MVM (Most Valuable Muppet): Getting some good laughs in the panel sketch, with Tom, Dick, and Harry, and with Price, Kermit is the standout Muppet in this episode.

Most Classic Moment: With a simple premise and some great puppetry, “I’ve Got You Under My Skin” seems like a classic Muppet bit straight out of “Sam and Friends,” but with updated techniques.

Shoud-Be-Classic Moment: Speaking of cool puppetry, this week’s Muppet News Flash has some cool work as well, where pieces of furniture turn into monsters and attack an unsuspecting newscast viewer. Naturally, the Newsman doesn’t walk away unscathed. Or walk away at all.

Cut-From-the-DVD-Release Alert: Vincent Price and a gaggle of monsters (including Uncle Deadly) sing Carole King’s classic “You’ve Got a Friend.” It’s a shame this got cut. It’s really a sweet number that’s surprisingly filled with a lot of affection. Thankfully, YouTube comes through again.

Obscure Character Watch: Though not necessarily an obscure character, I was surprised to learn that Behemoth (aka Gene) only appeared in five episodes of The Muppet Show, most noticeably here in “I’ve Got You Under My Skin.”

One More Thing: The vampire Muppet in the “At the Dance” sketch has a very familiar-looking cape…and a familiar-sounding voice…and is performed by Jerry Nelson. That’s three! Three coincidences, making for one, one big ripoff! Ah ah ah!

Okay, One More Thing: While you might think that they would have planned an episode like this to air around Halloween, they actually filmed it around then (October 19-21, 1976), but aired it in time for the second-scariest day of the year…Groundhog Day. (Okay, maybe it’s only scary if you’re Bill Murray.) 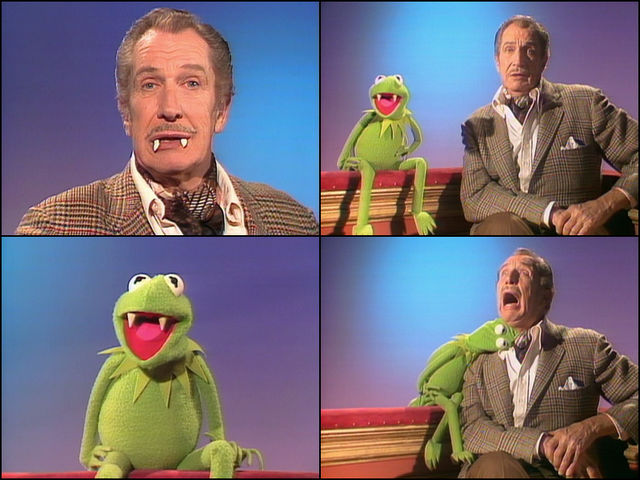