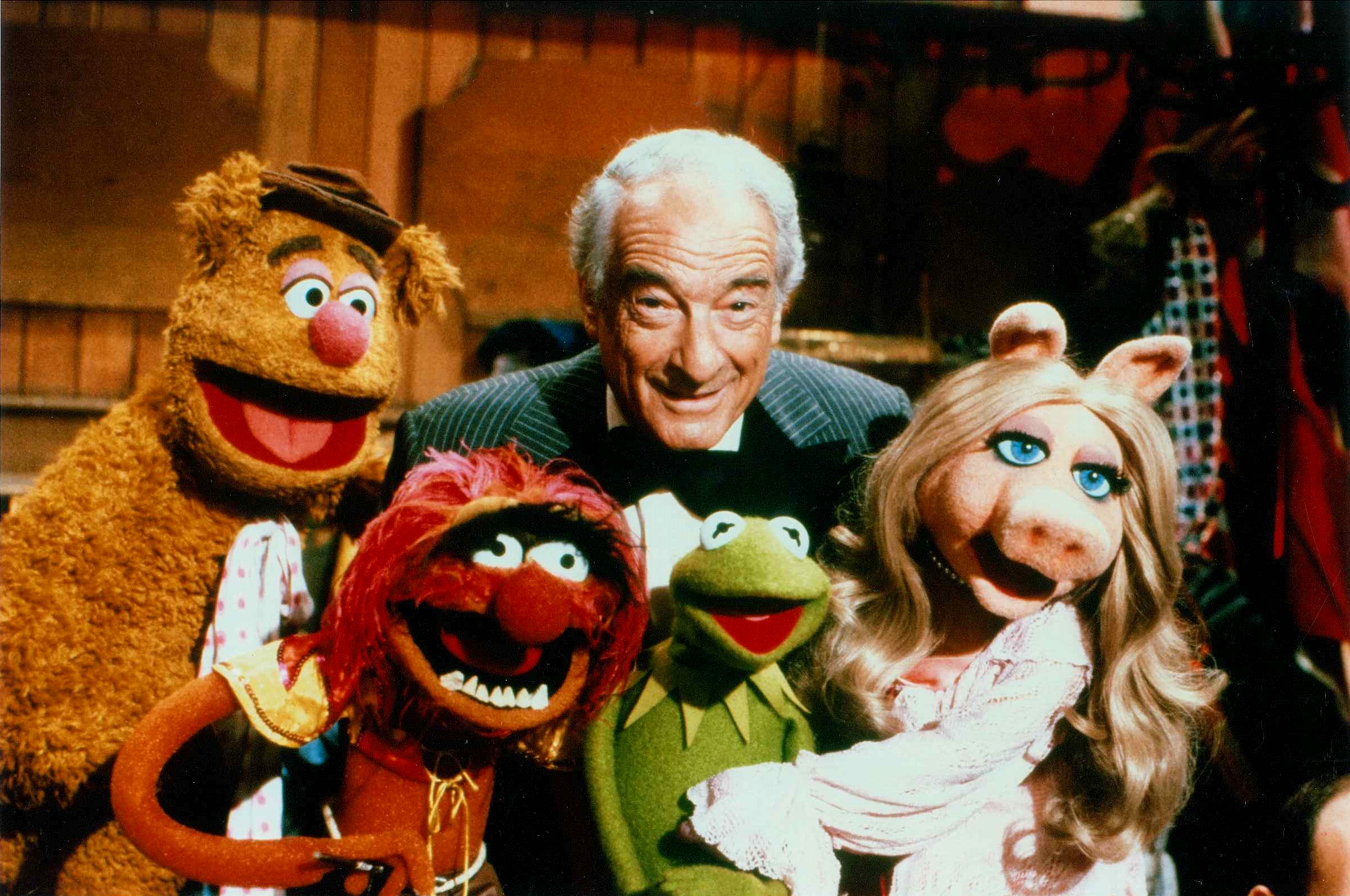 Bobby Benson has got to be the weirdest Muppet of all time.

That might be a bold statement, because plenty of Muppets are weird. There’s that one guy who throws boomerang fish, and that other guy who giggles while torturing his lab assistant. But those are the regular type of Muppet weirdness. We expect Muppets to be oddballs. We don’t expect them to be this boring *and* horrible. 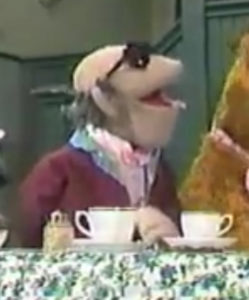 Most of the Muppets are larger-than-life, ridiculous characters. Bobby Benson is just a balding man who manages a troupe of singing babies. He just looks like some random person you’d want to avoid on the street, and Richard Hunt uses a low-key, unexaggerated voice for him. There’s no other Muppet whose function and presentation are this mundane.

So all of that is weird enough, but he’s also deeply off-putting. He smokes in front of the babies constantly, and he seems to be their only guardian. When he gets arrested in this episode, he casually tells Kermit “Have someone watch the babies, huh?” on his way out the door. He doesn’t care what happens to the babies, he just wants to make sure it isn’t his fault when it happens.

All of this is unsettling, mostly because it feels too real. Similar things like the Muppaphones don’t bother me as much. They’re just abstract colorful fuzzballs, so it’s fine if he hits them with a mallet. That’s Muppet stuff. Babies are tiny humans, and these guys are being exploited by a scumbag. 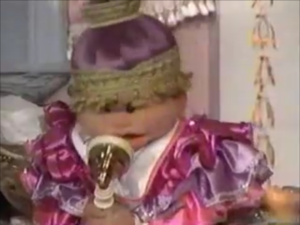 As I mentioned, Bobby Benson is finally arrested in this episode. Bizarrely, it’s not for child endangerment like you’d expect. But it is because of a lawsuit with the tooth fairy, which raises a whole new set of questions. What did Bobby Benson do to the tooth fairy? Why does he want all those teeth?!

Even though this episode spends too much time with Bobby Benson, our guest star more than makes up for it. Victor Borge is one of history’s most effortlessly charming performers, and he fits right in on The Muppet Show. Like all white midwesterners with grandparents, I grew up watching the VHS release The Best of Victor Borge. That performance is hilarious, but it’s entirely a solo act. 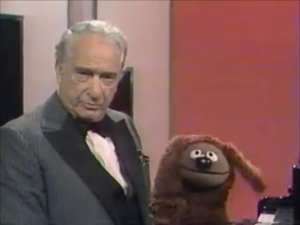 He interacts with a bunch of Muppets in this episode, and his act still translates. In particular, his piano duet with Rowlf is a joy to witness. The idea that Victor Borge would be a hero to Rowlf makes complete sense, and they both seem so happy to be performing together. Before they begin, they trade a bunch of dumb puns about composer names.

In addition to being a master of piano and comedic timing, Borge is a master of facial expressions. When Rowlf says “My Bach is worse than my bite,” he looks disgusted . . . 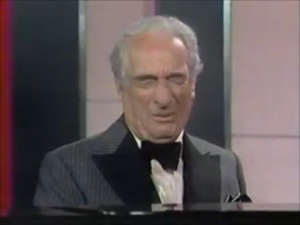 But when Rowlf makes a pun on a more obscure composer (“I Offenbach myself”), he gets the biggest grin. 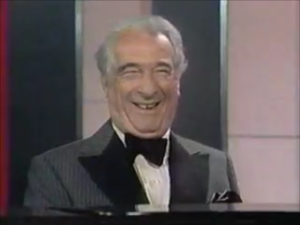 And then they play Lizst’s Hungarian Rhapsody #2. As they play, they continue making dumb jokes and silly asides to the camera. One of the greatest pianists of the 20th century and a dog puppet who can’t actually play the piano, united in their love of gorgeous music and silly jokes.

The Muppet Show is magic. There’s nothing else like it. 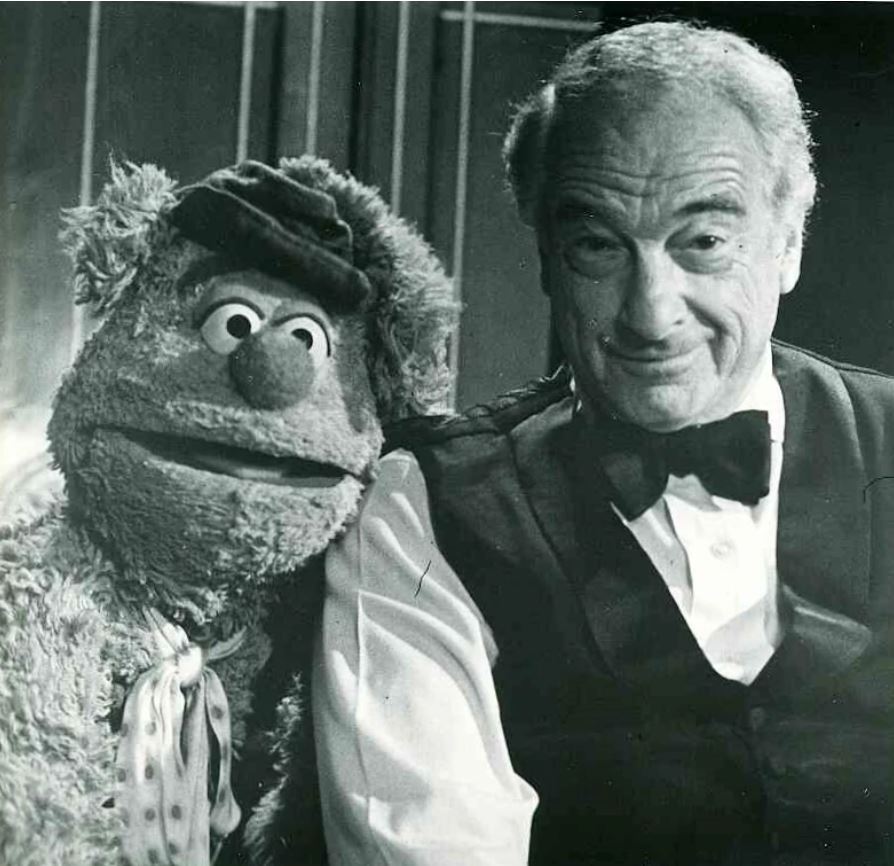 Lamest Joke: In the opening number, Gonzo tries to start a fist fight with some laundry drying on a line, and he says “Come on now, fight like a shirt!” out loud.

Best Joke: But then a sleeve reaches over and knocks him over, and I laughed out loud. The Muppet Show is great.

MVM (Most Valuable Muppet): Gonzo, who gets to do two classic songs – “Act Naturally” and . . .

Most Classic Moment: “Macho Man,” a song that was less than a year old when this episode was produced, is performed here by Link, Gonzo, and a whole bunch of pigs and chickens. 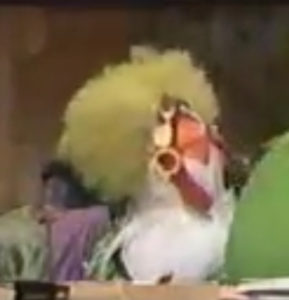 Most Dated Joke: A chicken in an afro!

Coolest Puppetry Effect: Gonzo’s reflection in “Act Naturally” is played by a second Gonzo puppet, and they didn’t need to do any split-screen trickery at all. Sometimes puppetry is simpler than working with humans!

Musical Highlight: Victor Borge does four numbers, and they’re all gorgeous and hilarious. But the best one has to be “Moonlight Sonata,” where the entire joke is that it’s boring and puts everyone to sleep, including Borge himself. 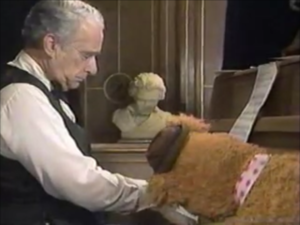 Missed Opportunity: Victor Borge and Rowlf didn’t go on tour together after this episode.

Obscure Character Watch: The Bust of Beethoven, who later got a Palisades action figure, makes its fourth and final appearance. 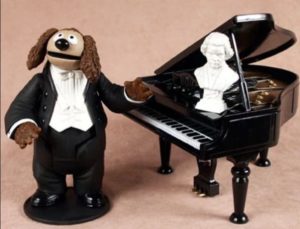 Adultiest Content: Once again, Bobby Benson was arrested because he lost a lawsuit against the Tooth Fairy. I don’t even want to know what awful stuff he was up to.

One More Thing…: All the rats in “Rock Around the Clock” have beady black eyes, not the more expressive white-with-pupils eyes we’re used to from later appearances.

Okay, One More Thing…: I talked a lot about Bobby Benson, but the babies are relentless in this. They viciously beat Gonzo during the trumpet gag, they savagely beat Fozzie when he’s in charge of them, and they destroy Piggy’s dressing room. Love those little monsters! 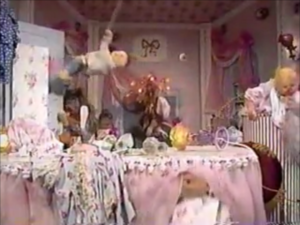 Click here to throw your accordion on the Tough Pigs forum!