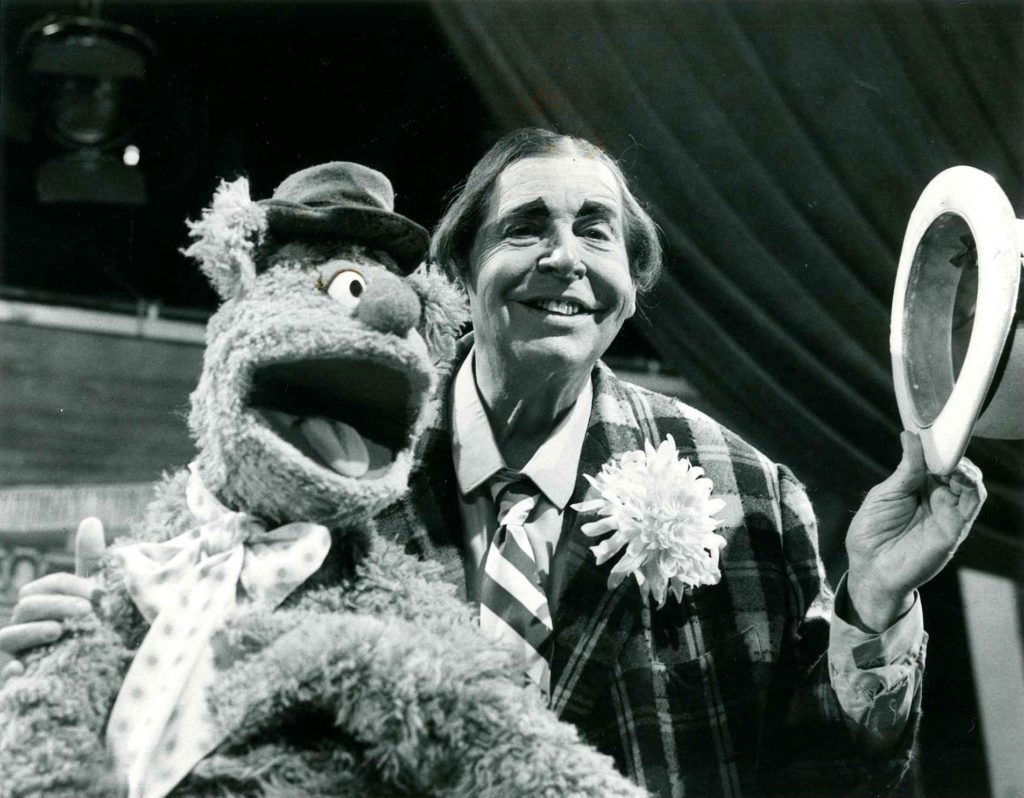 It didn’t have to be “The Entertainer.”

In fact, it probably *shouldn’t* be “The Entertainer.” If asked to name the only song ever performed twice in a row on The Muppet Show, most people would probably assume it was something strongly associated with the Muppets, or at least a song well-known for having words.

But here it is, Scott Joplin’s classic ragtime hit sung twice in the episode, back-to-back, first by guest star Milton Berle and then by Miss Piggy. They’re both accompanied by Rowlf, and the lyrics are identical both times.

Despite that, the two versions could hardly be more different. In that one song, we see the entire range of what the Muppets can do. Part of that range is showcasing the guest stars, so indulge me while I talk about Milton Berle’s contributions to this episode before I circle back around to Piggy.

Berle’s version is a slow, wistful look back at vaudeville. He talk-sings the song, which gives it the feel of a staged monologue. He’s just looking back over his career, and it’s a very sweet moment. For the chorus, he’s joined by a bunch of bouncing and enthusiastic Muppets, which gives the song just enough punch to not become dull. 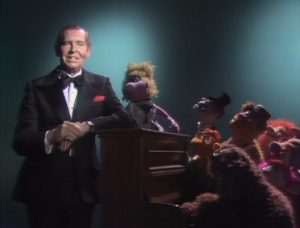 I particularly love the moment when Rowlf says “Boy, you were really the Entertainer, huh?” Berle nods and responds “One of ‘em.” He’s a stand-in for all of vaudeville here. Similarly, The “Entertainer” is standing in for the entire 20th century. The song was written in 1902, but it was newly popular in the mid-70s due to its use in The Sting, a film set in the 1930s. The lyrics heard here were written not by Joplin, but by arranger John Brimhall in the 1960s or 1970s. This isn’t a look back at one earlier era, but at several decades at once, and Berle had been around for most of them.

Berle is also a stand-in for a larger community – that of “legendary comedians” in his storyline with Fozzie, who spends most of the episode hiding from his hero Berle because he’s too intimidated. In the end, Fozzie is delighted to find out that Berle loves his work and has always wanted to perform with him. This is, of course, the essence of Fozzie. It’s a storyline that they had to do at some point, and Berle is perfect for it.

Frankly, it’s kind of surprising how perfect he turns out to be for this story. Berle had a reputation for being egotistical and difficult, but he completely throws himself into the Muppets’ nonsense here. He and Fozzie sing “Top Banana”. Berle, in full clown makeup, mugs his heart out. They make a bunch of corny jokes, and they nail every one of them. Berle seems genuinely thrilled to be sharing the stage with Fozzie, and it’s Fozzie’s all-time greatest moment of triumph. 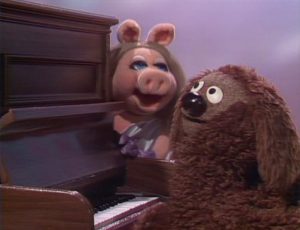 Speaking of triumph, we now come back to Miss Piggy and her take on “The Entertainer,” which is a marvel. She starts out demurely asking, “Rowlfie, could you play that song again for moi?” and giggling quietly after she changes “The Entertainer is taking a bow” to “her bow.”

Her performance gets bigger and bigger as she goes along. Pretty soon, she’s vigorously shaking her butt at the audience, wiggling against the piano, and howling with enthusiasm. She pushes Rowlf aside so she can play a riff on the piano. By the time she starts doing high kicks and putting a huge flourish on the final “star of the sho-o-o-ow,” there’s no doubt that we’ve just seen something truly special.

Move over, Berle. There’s a new comedy legend in town. 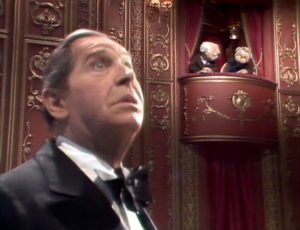 Berle: “Did you come here to be entertained or not?”

Statler: “That’s right. We came here to be entertained, and we’re not.”

MVM (Most Valuable Muppet): Rowlf is the perfect accompanist for both versions of “The Entertainer,” eagerly listening to Berle’s stories, and reacting to Piggy in hilarious mock horniness and then horror.

Most Classic Moment: Berle’s monologue, where he gets to spar with Statler & Waldorf.

Should-Be-Classic Moment: Timmy Monster shouting “MAKEUP” and hitting Berle with a puff.” The expression on Berle’s face sets the tone for the episode. 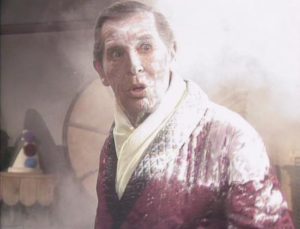 First Appearance Of…: Pigs in Space on the DVD sets. In the US, as we’ve seen, a few other sketches had already aired. But anyway, it’s the first time anyone got to see Gonzo on a motorcycle in space, so that’s something.

Obscure Character Watch: I love the design of Zelda Rose’s singing owl so much. 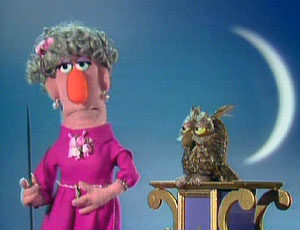 Adultiest Content: During “The Entertainer,” Piggy lays against the piano and shakes her chest vigorously. Rowlf is so shocked that he looks away.

Musical Highlight: I already talked about The Entertainer, so I’ll highlight “Ugly Song” here, by Mean Mama, some Frackles, a crocodile, and a warthog. I get this one in my head a lot. 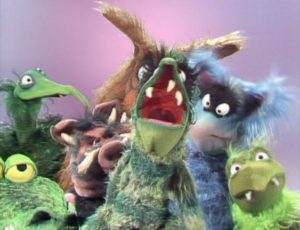 One More Thing…: Berle’s heckler routine with Statler and Waldorf is based on a bit he used to do in the 60s with comedian Irving Benson as a heckler. Just as the Muppets honed some classics on variety shows, the practice paid off. The routine is impeccable here.

Okay, One More Thing…: In 1999, Kermit and Pepe did a commercial for V-Chip technology set to the tune of “The Entertainer.” It’s not a very good commercial, but almost 20 years later, I still sometimes think about Kermit singing “Inside the new TVs, that’s where you’ll find the V’s,” so I guess it’s memorable. 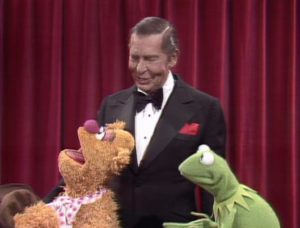 Click here to put sumpin’ in it, Rowlf! on the Tough Pigs Forum!