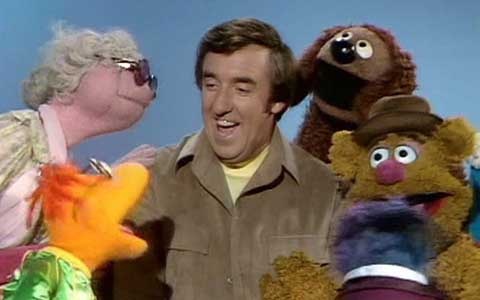 Aaaand we’re back with another edition of The Muppet Show: 40 Years Later. This week, it’s the second episode to air in the USA, with special guest-star Jim Nabors! YAAAAAAY!

It’s always interesting to see a beloved show getting its legs at the beginning of the run and this is absolutely no exception. For starters, the episode has no cold open with Scooter entering the guest star’s dressing room and telling them that there’s an absolutely ludicrous amount of time until curtain. And there’s a reason for this! This episode is the canonical first appearance of Scooter! Ol’ Scoots hits the ground running. His tenaciousness and smarts in this episode are already well-realized. There’s a reason why he’s so many Muppet fan’s favorites, including mine. 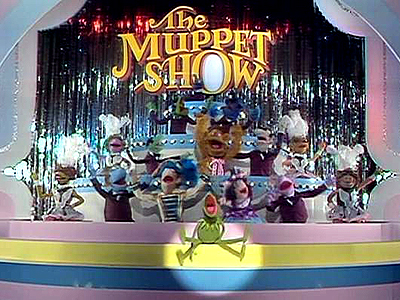 All our Muppet pals, like little edible ornaments on a giant cake. Yum.

Another early-show differentiation is the low-fi and funky Season One Muppet Show intro, which features the Muppets sitting on what looks to be… a multi-tiered cake? Is this because Jim Henson wants to eat the Muppets? I’d like to think so.

The strength of the writing that would be The Muppet Show’s trademark is in full form here. Kermit starts the show with a joke about how the Muppets owe a bunch of back-rent to the theater, which segues into a Dr. Teeth song about money, which leads to Scooter basically tricking Kermit into getting a job as a Gopher (“I’ll go fer coffee! I’ll go fer sandwiches! I’ll go fer anything you need!” SCOOTER STOP BEING TOTES ADORBS) because, as we all know, his uncle owns the theater. My only complaint is the way that this whole “Muppets are broke” plot doesn’t factor into the Jim Nabors segments, which are all basically a mix of opera singing and good ole’ down home fuuuuuun… yee-haw!

I actually don’t know if Nabors (who was best-known for playing Gomer Pyle on The Andy Griffith Show) was a really great match for the Muppets. He seems to be having a good time and plays along, but when it comes to the amazing chemistry that Rita Moreno had with the Muppet gang last week, there’s something a little lacking here. Maybe it’s the fact that Nabors made a living on being super-goofy looking and Piggy is treating him in this episode like he’s a walking adonis. It’s just not clicking for me. I think we lose a lot of joke-potential by not gently acknowledging the comedic strengths in Nabors’ goofy persona. 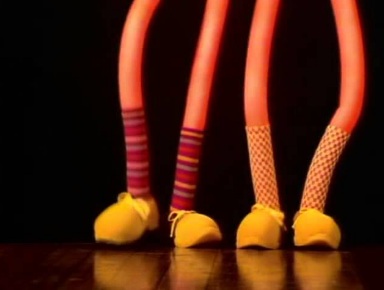 Hey! Who do those feet belong to?

Luckily, there’s a lot that does click. Scooter recommends an act for the show called The Danceros, and the result is some real Henson-y Muppet weirdness. The entire number is two Muppet pairs of feet in a funny choreographed number. At the end, the feet reveal to belong to an awesome looking bunraku style Muppet with four legs! 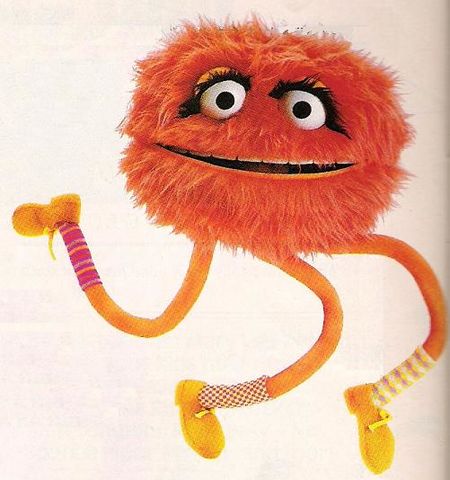 This episode also has a hysterical At The Dance Segment (I can always have more of those. My fave.) and the dreaded they-never-really-worked Talking Houses only get a fraction of screen time! [Editor’s note: The Talking Houses are the best thing to ever happen to The Muppet Show, and no one will ever convince me otherwise.] 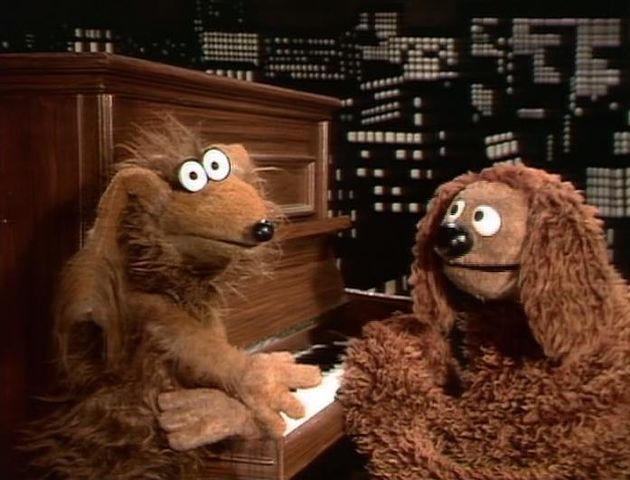 Do Baskerville and Scooter visit the same optometrist?

Perennial treacly singers Wayne and Wanda croon a culturally insensitive “Indian Love Call”, and Rowlf has a duet with Baskerville the Hound. I think Baskerville’s a pretty charming, underrated Muppet.

The big number to end the episode is Nabors singing “Thank God I’m a Country Boy” while rockin’ a pretty sweet Canadian tuxedo. Save for a Muppet chicken-clucked bridge, there’s not much to recommend this number. It’s definitely not as strong as later country-inspired Muppet numbers.

All-in-all there’s nothing that makes this episode the greatest moment in Muppet history, but there’s still some gems. Despite Nabors not being utilized to his full, goofy potential, he still is a rather charming and affable guest star. And, of course, this episode is still worth a watch to see the proper introduction of Scooter in all his orange, bespeckled glory. Scooter’s journey to the center of our hearts starts here and what a strong start it is! 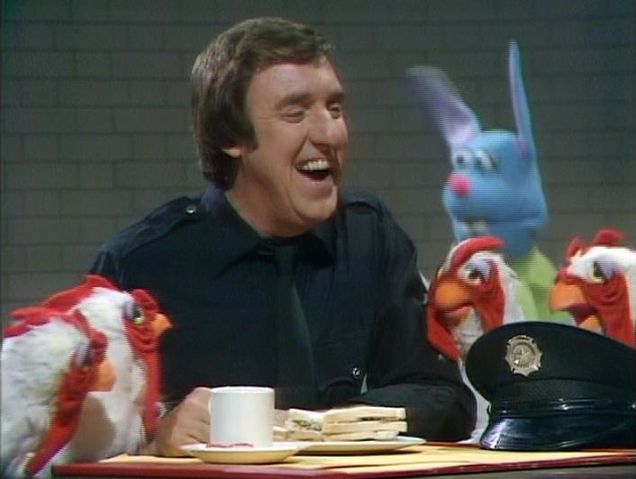 MVM (Most Valuable Muppet): Scooter, our new gopher… er gofer? Whatever, his uncle owns the theater.

First Appearance Of…: Scooter. Scooter. Did we mention Scooter?

Missed Opportunity: For the Muppets to have a real Muppety hoedown with Jim Nabors.  It’s not a hoedown if you hardly make an effort to get off your hay bale, Nabors.

Another Missed Opportunity: For those of us who own season 1 of The Muppet Show on DVD, the lack of “Gone with the Wind” due to music rights is a completist’s nightmare.

Adultiest Content: Zoot: Do You believe in the hereafter? Janice (NOT PERFORMED BY RICHARD HUNT SO DISCONCERTING): Yes! Zoot: Then you know what I’m here after! (ZOOT, you a playa!) 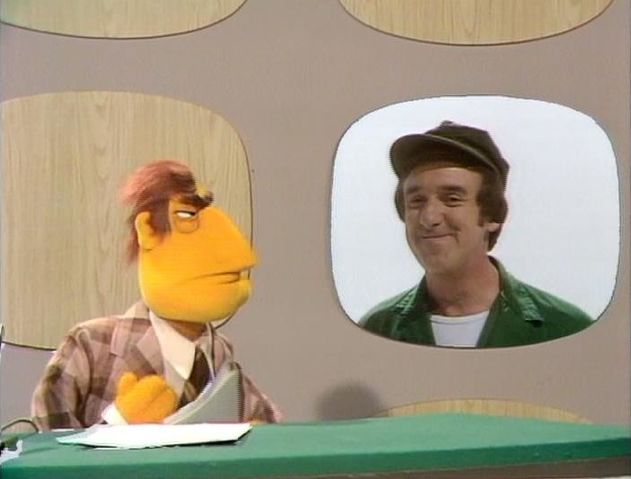 Click here to thank god you’re a country boy on the ToughPigs forum!