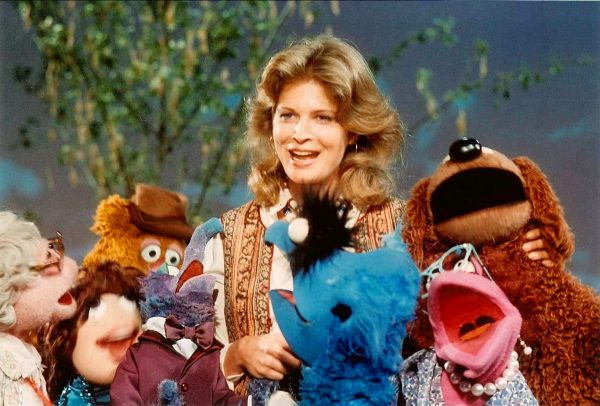 I remember being a kid in middle school, slowly figuring out my place in the world and discovering afternoon reruns of Murphy Brown. The smart and innovative sitcom featured Candice Bergen playing a sharp-as-a-tack news reporter who always had a retort for anyone who was trying to take her down a peg. Murphy Brown remains one of the iconic feminist pop-culture icons of the nineties, and as a kid, I totally idolized her. 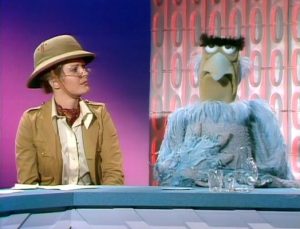 Back then, little did I know that the feminist undercurrents of Murphy Brown stemmed as much from the writers and creators of the show but Candice Bergen herself. Born to renowned radio-ventriloquist (and noted Jim Henson inspiration [and future Muppet Show guest star]) Edgar Bergen, Candice started her career as a fashion model. However, her work took a turn for the liberated when she made her acting-for-film debut in 1966’s The Group, playing an early gay role. Bergen was later known as a political activist, “photographer, writer and world traveler,” as Kermit describes her during the intro to this Muppet Show episode. Yup, Candice Bergen is bursting onto the seventies scene in this episode and doesn’t take it from anyone! This whole episode is a statement on the changing roles of women in pop-culture and society. It might be a shock to hear this, but this episode shows how much the Muppets have always been into women’s lib.

The first tip that this episode might have an underlying theme comes right at the top of the show when Statler and Waldorf try to catcall Bergen, focusing on her looks instead of her many achievements, only to be chided by Kermit. After, Miss Piggy bursts on the stage and demands to Kermit that she open the show, she states that she and Candice are sticking together for this one. 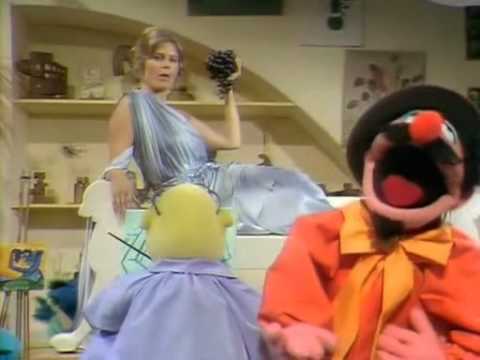 Piggy gets her wish and opens her show with her classic rendition of “What Now My Love,” but is chased and practically devoured by some hungry (and possibly misogynist) Muppet monsters! Later, in an interesting painting sketch, a bunch of Muppets are in an art class painting Candice as their art model. However, Candice’s comedic funny faces and mugging are clearly showing the viewer that beauty is in the eye of the beholder and not to judge someone by looks alone.

The centerpiece of this feminist narrative comes earlier in the episode during a rendition of “Put Another Log On The Fire,” a comedic Shel Silverstein-written country ditty that Bergen and the Muppets spin on its head. Bergen transforms from an old-fashioned doting, overworked housewife living in a log cabin with a giant hick Muppet husband to a fully-realized seventies feminist wearing a women’s empowerment shirt, trashing her home and holding her husband at gunpoint. Viva la revolution! 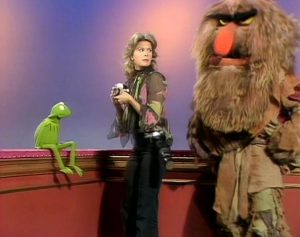 This episode is a reasonably good one. Candice Bergen is unsurprisingly at home working with puppets. She grew up with them, after all. The Kermit interview sequence in which Bergen is trying to take Kermit’s photograph, and he can’t seem to pose in any way that’s natural, feels effortlessly funny.

The sensibility of the hip and progressive Muppet performers and writers make great use of Bergen’s persona as a liberated woman. The feminist jokes in this episode are never poking fun at Bergen, but always elevating her cause. The only real misstep is the closing number, in which Bergen and all the Muppets sing Bette Midler’s “You’ve Got To Have Friends.” Unfortunately, for someone billed to be such a jack-of-all-trades, Bergen’s singing voice leaves something to be desired. Nevertheless, Candice Bergen’s appearance on The Muppet Show remains inspiring and a revealing forerunner for her Murphy Brown years to come. 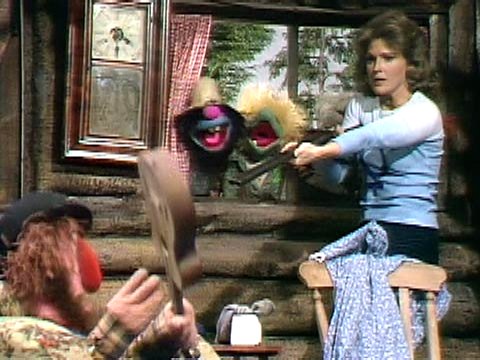 Lamest Joke: There’s this running gag during the episode of Fozzie delivering different stuff to Kermit. First, he brings a “wire for Kermit the Frog,” which is just a hanger. Then, a “letter,” which is a physical version of the letter “R” (how Sesame Street of him!). Finally, Fozzie delivers a “flower” for poor old Kerm, and Fozzie dumps an entire bag of flour on Kermit (mean!). These are all groan-worthy moments, but they lead to our should-be-classic-moment of this episode!

MVM (Most Valuable Muppet): Rowlf, during his UK piano spot of the song “It’s Not Where You Start” is prompted by Scooter to keep singing the song faster and faster, in a kind of demented version of the improv game Half-Life. Watching his ears flop around while he’s forced to sing the song in twenty seconds is hilarious and a testament to Jim Henson’s puppeteering genius.

Most Classic Moment: That Candice Bergen, smashing The Patriarchy during “Put Another Log On The Fire!” I am Candice: hear me roar!

Obscure Character Watch: Mildred Huxtetter makes an appearance in the Muppet Panel sketch, in which she ends up hurling a bunch of fat jokes at Miss Piggy. Stop it, Mildred! This episode’s all about how the ladies have to stick together!

Should-Be-Classic-Moment: At the very end of the episode Kermit tries to get his revenge on Fozzie by delivering him a pie… right in the face! But when some of it accidentally gets on Candice’s shirt, Fozzie chides Kermit with a “What did you do? WHAT DID YOU DO????” This is a sharply improvised and hilarious moment in which Frank Oz is allowed to shine. 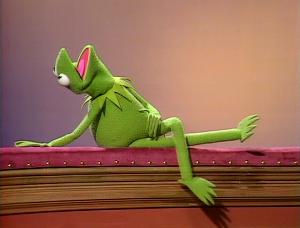