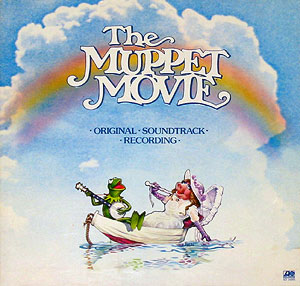 It’s a good thing we have so many people out there on the internet letting us know what the big news in Muppetdom is.  First, Paul Williams himself tweeted that The Muppet Movie soundtrack is being re-released “this fall”, and now our pals at Stitch Kingdom are confirming the album’s release for August 13th, the same date as The Muppet Movie’s release on Blu-Ray.

Finally, we’ll be able to see The Muppet Movie in crystal-clear quality and hear every detail in pristine accuracy with the Blu-Ray and updated soundtrack on the very same day!

We’re still waiting word to hear how the album will be updated, if at all, so stay tuned!

Click here to thank the lovers, the dreamers, and Paul Williams on the ToughPigs forum!