Kieran Moore – As the old saying goes, “If you want a mountain range go to the Himalayas, if you want a Muppeteer with range call Kevin Clash.” Of course, it’s entirely possible that that’s not an actual old saying and just something I made up to start this article, but either way the sentiment still holds true. As you’ll see from this Top 10, Kevin certainly has types of roles that play to his strengths. I’ll admit that I was a little worried about writing this chart because as much as I knew Kevin was a truly talented performer with a huge body of work I also find his best known character, Elmo, quite annoying. I’ll also happily admit that listening to Elmo was a lot more fun than originally anticipated, but we’ll discuss that in further detail below. As I said above, there really can be no question of Kevin’s amazing talents – you don’t win 28 Emmys for mediocrity, but as if that weren’t enough evidence of the impact he’s made on Sesame Street and The Henson Company at large this chart also has something special that hasn’t happened for any other top 10. This is the first list to be made up of songs from 10 different characters (sorry Elmo fans) which is testament to just how exceptional everyone of Kevin’s performances are.

Before we start I would like to give an honourable mention to “I’m Elmo and I Know It” which isn’t on the list for a whole host of reasons, but is funny and worth a watch. You know what they say about Muppet Parodies…

10.   Baby Blankie Blues – Baby Fats Domino from Sesame Street
Baby Fats Domino sang a couple of songs on Sesame Street, but this is my favorite because of its bluesy feel. I love the idea of a cute little baby with this deep soul voice. It’s brilliantly sung by Kevin with a crystal clear vocal that really sparkles. There are shades of Audrey II from Little Shop of Horrors about this song and performance and that’s never a bad thing. With the way remakes get made every other day in Hollywood at the moment surely it’s only a matter of time before Kevin gets the call to become a “Mean Green Mother from Outer Space.”

9.   Hoppity Boppity – Billy Bunny from Billy Bunny’s Animal Songs
And after the last song, here towards the other end of the Kevin spectrum is Hoppity Boppity from Billy Bunny. It’s a lightweight song, but not everything needs to be “For What it’s Worth” or “Blowin’ in the Wind.” Billy Bunny’s Animal Songs holds a special place in my heart as it’s one of the first things I watched with my nephew when he started showing an interest in the Muppets a few years ago. So in no small way do I hold Billy Bunny and, by extension, Kevin responsible for helping me and my nephew find a shared love. Thanks guys.

8.   I’m The Baby (Gotta Love Me) – Baby Sinclair from Dinosaurs: Big Songs
So here we have the winner of the award for Kevin’s Most Annoying Character (sorry Elmo fans!). I have very fond memories of Dinosaurs actually, but let’s be honest Baby Sinclair is a pain. Where Elmo can sometimes be cute and endearing I struggle to say the same for this guy. Either way, this is well-sung by Kevin so I give him credit for that and it’s a fun song. To be fair, this is better than that awful “Ninja Turtles” album that was released about the same time. Last year I found a Baby Sinclair plush at a garage sale. He was in very bad condition and didn’t speak properly, but if he had been better looked after he’d have certainly found his way onto eBay.

7.   Under The Boardwalk – Clifford from Muppet Beach Party
There’s been a lot of discussion regarding the merits of Muppet Beach Party (or lack thereof), but there are a handful of good tracks on the album, namely the ones that are sung straight, and this is one of those. With minimum witty asides and no superfluous characters, Kevin’s vocals as Clifford get to shine and this is a smooth, soulful performance that is as good as any musical Muppet moment you’ll find elsewhere. I’ll stick my neck out and say that it’s time for Clifford to make a comeback. I know that recent productions have mostly stuck to using the Muppet Show era characters, but he worked great with The Electric Mayhem in The Muppets at Walt Disney World and I see no reason why he can’t be at least on a par with Lips. He doesn’t need to be pushed to the front, but is a great ancillary character. Anyway, now I’m off my soapbox, this is a cool song with a cool vocal, what more do we need?

6.   Splinter’s Tale – Splinter from Teenage Mutant Ninja Turtles
You wait nearly three months for a “Ninja Turtles” reference and then two come along at once! I was a big fan of the “heroes in a half-shell” back in the day. Naturally, I was Donatello because I was the smart one. I owned the soundtrack album to the original movie and that was probably the first time I ever saw the name Kevin Clash. The movie came out when I was 12 and really should have known better, but I remember jumping about on my bed practicing my ninja moves to this track. I think I had a whole routine worked out, but I’m proud to be a nerd so I don’t mind admitting it. This isn’t really a song in the traditional sense so I could only really place at position 6, but as I said in the introduction, talk about range – Kevin can do soulful Rastafarian, fuzzy and cute, AND Japanese rat. We’re not worthy!

5.   Bunny Go High and Go Low – Father Bunny and Mother Bunny from The Tale of the Bunny Picnic
This is our second bunny on the list and for those keeping score this is also our last bunny on the list – Benny Rabbit was in contention for a while, but ultimately missed out. I’m lucky enough to have a VHS copy of The Tale of The Bunny Picnic and according to Muppet Wiki it’s the only UK release out there. Why is this not on DVD?? Perhaps Henson can do a holiday special DVD including this, The Christmas Toy, and “Turkey Hollow”? I remember watching this on TV as a kid, I’d have been 7. I wish 7-year-olds had stuff this awesome to watch nowadays. It’s true what they say – “Nostalgia isn’t as good as it used to be!” This song has a John Denver feel to me and it reminds me of “The Peace Carol.” Balsam and Lee who wrote this song are gods and this proves why they deserve to be described as such. Louise Gold is amazing as always and Kevin holds up his end of the bargain with a tender performance that is to die for.

4.   Just Happy To Be Me – Kingston Livingston III from Sesame Street
We continue our trip through the 90s (after a brief detour into the 80s) with some Sesame Street rapping. I really like Kingston–he has a great philosophy on life and shows that you can be cool doing your own thing and that ultimately doing your own thing is what makes you cool. What a great message for kids who are feeling the need to bow down to peer pressure as they often do. This song couldn’t be more early 90s if Blossom walked in playing with her Pogs, but that’s part of its charm. It’s impossible not to dance to this or at the very least bob your shoulders in a cool guy fashion. This is kind of a mid-range performance from Kevin. It’s not as low as Clifford, but it’s not as high as Elmo and has a swagger all of its own. This is the song I know I’ll be humming tomorrow (I’m still humming “Springin” from last week’s chart so it’ll make a nice change!)

3.   Rebel L – Billy Idle from Sesame Street
One of my favorite things that Sesame Street does is song parodies, from “Cereal Girl” to “Share it Maybe” they are some of the funniest moments in the Muppet canon. I love a rock song AND a rock vocal and this delivers both. It’s a great song and a fantastic face-melting vocal from Kevin that adds yet another musical style to his arsenal. This is a power house performance that comes from somewhere way down deep. We’re definitely back to bass Kevin here, but this time there’s a grit to his voice that isn’t there with someone like Clifford who’s smooth as silk. I’m totally loving this song and intend to listen to it every time I fight someone from Cobra Kai (which is happening with alarming frequency these days!)

2.   Planets, Moon and Stars – Elmo from Sesame Street
So here you go Elmo fans, you’re favorite tickle-loving monster is at number 2. As I said earlier, I’m afraid that for at least 50% of the time (and I’m being generous) I find Elmo annoying. This is no indication of my feelings on how Kevin plays him–in fact it’s because of his skill that the above figure is as low as 50%. And yet as we hear in this song, Elmo can be sweet and sensitive and quite charming when he wants to be and I put this down to the fantastic work of Kevin and the brilliant Sesame Street writers (who often get overlooked). This is a gentle lullaby with shades of “I Don’t Want to Live on the Moon” with its lunar theme. There’s a sense of wonder here that works to perfection for a monster of Elmo’s age and Kevin portrays that exquisitely. One note to add: Elmo’s eyelids are cute and I won’t hear otherwise!

1.   Put Down The Duckie – Hoots the Owl from Sesame Street
This song is a bona fide classic! It’s a toe-tapping, jive-dancing party of a song and I defy anyone to stay still while it’s being played. Whichever version you’re listening to it’s hip, happening and where it’s at. It’s also very funny. If you don’t laugh at least once during this song you’re taking life too seriously. Jeremy Irons dancing gets me every time. Hoots is awesome and is the only character that nearly got two songs on the chart with his performance of “It Feels Good When You Sing a Song” with John Legend. I really like the growl that Kevin puts in Hoots’ voice and it’s a great match for this wise owl character. He’s been around the block, he’s been there and seen stuff and it enables him to give advice, be happy in his skin and have soul. It’s all there in his voice. Fantastic!

Kevin really has given us Muppet fans so much to be thankful for over the years. He’s given us one of the most popular fictional characters ever in Elmo, as a producer and director he’s helped shape what Sesame Street is today and as this list shows he’s given us some of the all-time great Muppet performances. To me personally as a singer he’s inspired me with that terrific range he has to continue to try more and be the best I can. And so I want to thank him for that. If I can get anywhere near the quality of his voice and make it sound half as effortless I’ll be happy. He’s also given me great memories (of pretending to be a rat and bonding with my nephew) and so for all of that I’d like to say a huge personal thank you to Kevin. You are an inspiration, sir.

The Top 10 Songs of… Steve Whitmire 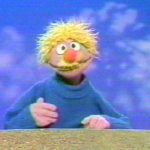