The Muppets Get Fashionable in an Unexpected Photo Shoot

Sometimes when people writing on the internet aren’t sure what to say about an unusual or surprising event, they say something like, “This is a thing that happened.”

Well, this is a thing that happened: The Muppets did a photo shoot with Kendall Jenner, model Hailey Baldwin and others for an issue of something called LOVE magazine.  Kermit, Miss Piggy, Janice, Animal, Camilla, Sam, and the Swedish Chef all pose wearing Miu Miu, which is apparently an Italian women’s clothing line. I don’t know if they make muumuus, but it would be hilarious if they did.

Disney/Style, a website that exists, posted a bunch of photos, including these: 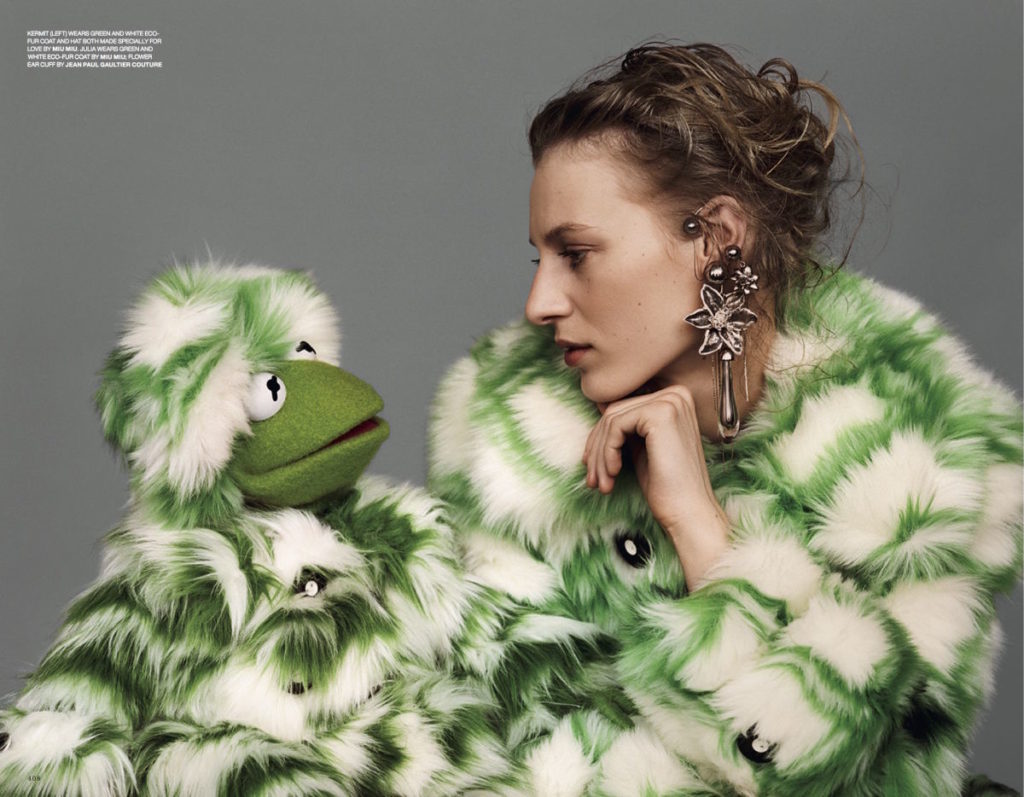 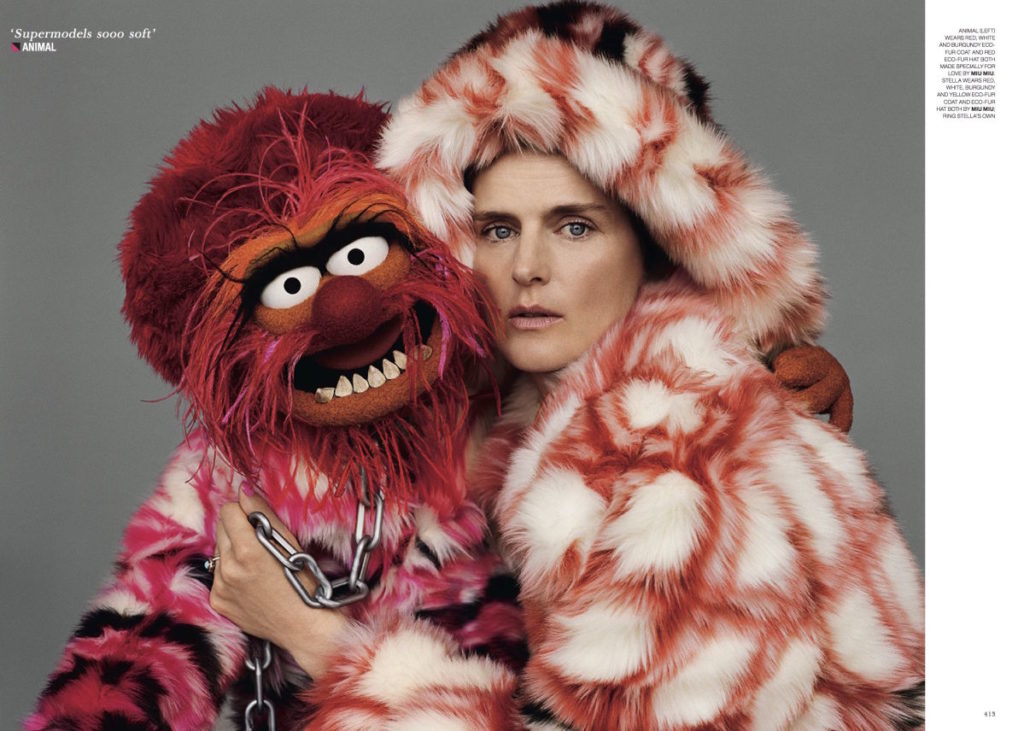 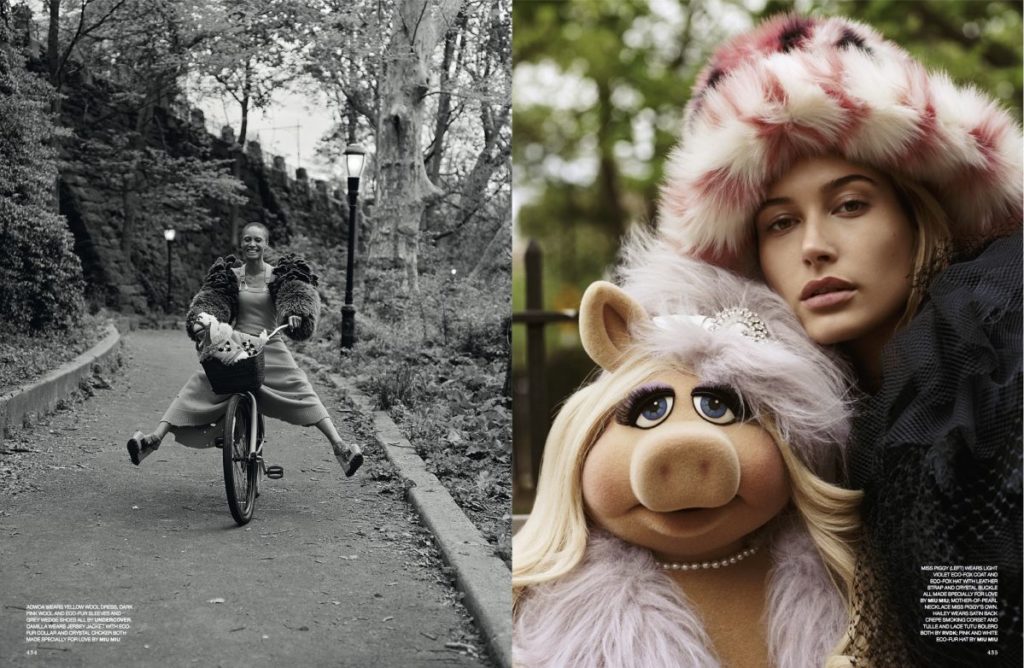 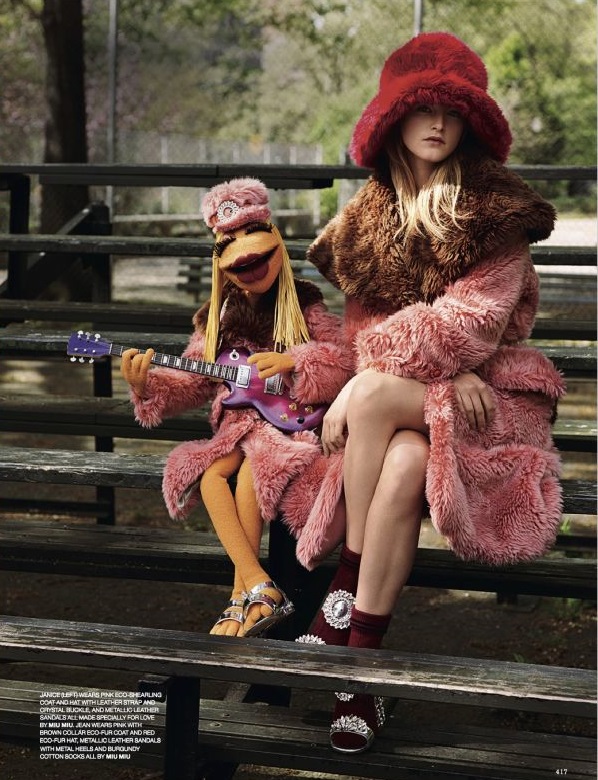 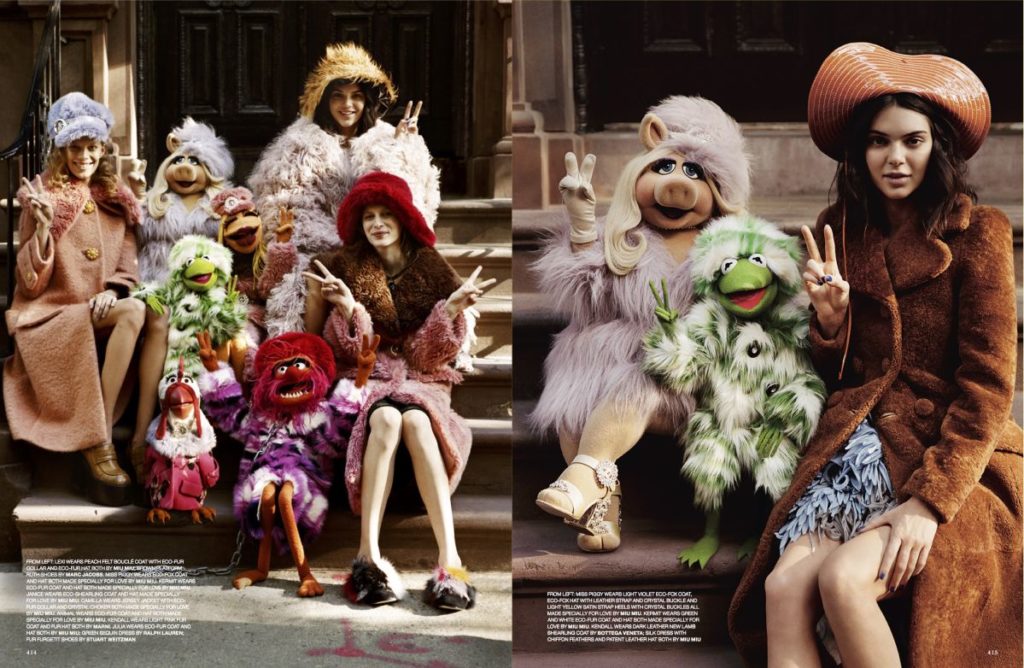 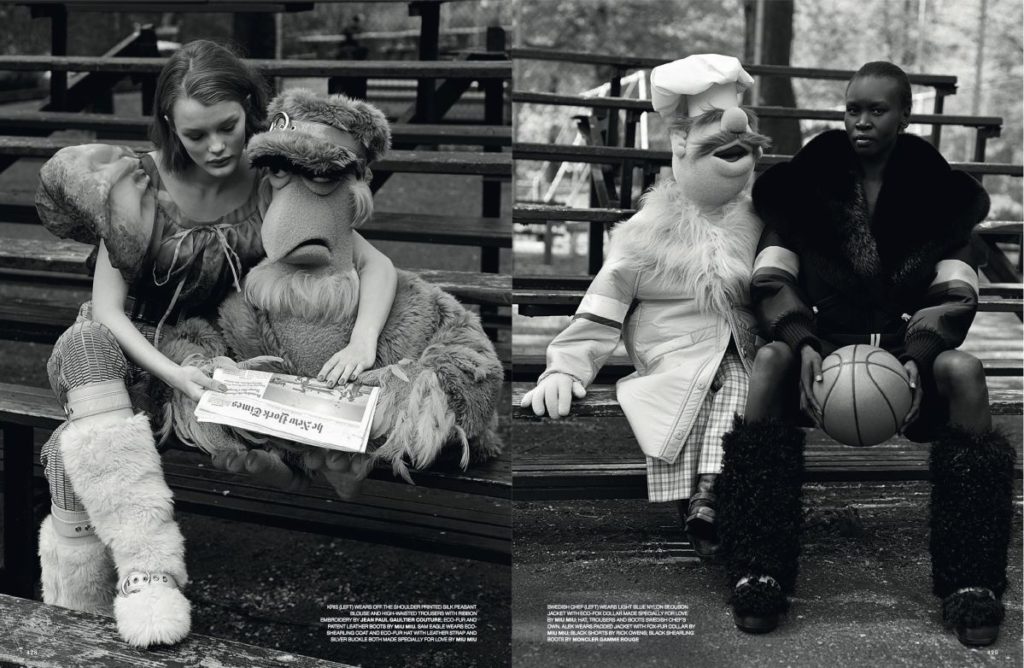 So that’s a thing that happened. A silly, ridiculous, kind-of-wonderful thing that happened.  I have no idea how or why this came about.  Maybe Miu Miu wants to attract the always-fashion-conscious Muppet fan market?  Maybe Disney wants to ensure that stylish clothing-lovers are in the audience for their next Muppet project? Maybe somebody thought these images would be funny because the Muppets and the clothes are all kind of fuzzy? (They were right about that.)

I don’t know. But this should silence all the complainers out there, right?  You can’t say Disney isn’t doing anything with the Muppets now.  They did a high-fashion photo shoot! What more could we possibly ask for?

Kermit is Head Over Heels for Variety

US Weekly’s Muppets Edition is the Perfect Magazine Spoof