The Muppets… Again Will Have Gold 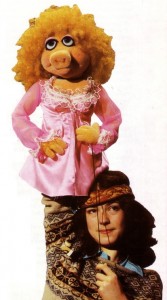 The newest issue of Empire magazine has a small feature on The Muppets… Again!, and eagle-eyed Tough Pigs friend Rob spotted something very interesting in their interview with director James Bobin.  On the subject of shooting in London, Bobin says:

There’s a real sense that the Muppets belong here. In fact we’ve hired a woman called Louise Gold, who was the only female puppeteer on the original Muppet Show, and we’ve revived one of her characters, Annie Sue, who was Piggy’s rival, a pig that’s obsessed with Piggy, and who Piggy doesn’t like.

Louise Gold!  In a new Muppet production!  Has that even happened since Muppet Christmas Carol?  (Somebody check Muppet Wiki and tell me!) And Annie Sue?  She was certainly on that list of “Characters We’re Pretty Sure We’re Never Going to See Again” until just now. I’m so excited I’m just going to walk around speaking in a British accent all day.

The article does not appear to be available online yet… unless you can read this thumbnail preview from Empire‘s website, in which case you’re probably a robot: 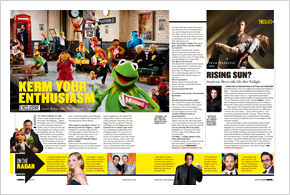 Thanks to Rob for the alert! Click here to cross your fingers for a soul-stirring reprise of “Daddy Wouldn’t Buy Me a Bow-wow” on the Tough Pigs forum!