The Life of a Gordon 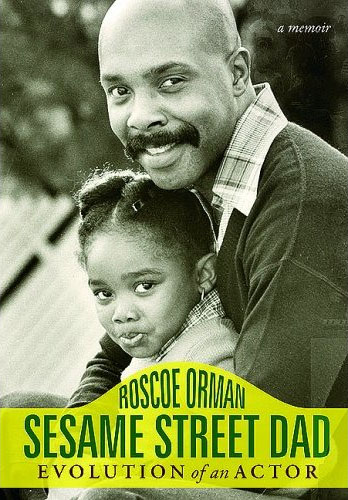 Way back in June, 2006, Roscoe Orman, the third and favorite Gordon, released his memoirs in book form. Sesame Street Dad: Evolution of an Actor was put onto shelves, a tour was scheduled, and Roscoe read a few pages and signed a few books around the country. Several months later, the Muppet fans found out that the book existed.

I can’t say that’s the best form of publicity, but maybe we’re to blame. We did disappear for about a year.

First off, let me say thank you to Mr. Orman. There’s only so many people who have been working with or around Muppets for 30 years or more and I know they’ve all got stories to tell. If I had a magic genie who granted me three wishes, the second or third one would definitely be to have each of the Muppeteers, actors, and crew members publish an autobiography. We were lucky enough to get books by Caroll Spinney and Kevin Clash in the last few years, and now Roscoe is letting his story be known. I can only hope that some of the other folks who’ve been around are currently toiling away at their typewriters as we speak.

Anywho, I grabbed the book at my local book conglomerate and I read the heck outta that thing. To be honest, it wasn’t exactly what I expected. I’d re-read Caroll Spinney’s book, The Wisdom of Big Bird, recently and I automatically thought that this would be a book about Roscoe’s experience on Sesame Street, laced with life lessons and nostalgia. On the contrary, the book is a chronicle of Roscoe’s career in which he took part in New York’s black theater scene throughout the 1960s. His stories of what he accomplished before becoming a household name are quite exciting and he really makes us root for him the entire time, which isn’t hard since we already think of him as Gordon, trying to make his way to Sesame Street.

Actually, it isn’t until page 86 when he talks about his audition for Sesame. In his audition, he writes about having to interact with Oscar (in which he delivered his lines to Caroll Spinney instead of the puppet) and everyone’s favorite counting child, John-John. Throughout the following 100+ pages, Roscoe talks about his experiences on Sesame Street, including his connection with Loretta Long, getting to meet several First Ladies, and being able to work with his son, Miles, who played Gordon’s adopted son from 1985-1992.

Since Sesame Street doesn’t film year-round, the rest of the book continues to talk about his other acting jobs, which jumped from stage to film to television, with some live Sesame gigs intermingled within. It really is interesting to see how crazy a working actor’s life is, even one as famous as a Sesame Street cast member.

Sadly, there is only one downfall to Roscoe’s writing style. Whenever he talks about a new part of his life or a new show he works on, he lists the names of everyone he worked with. And although it may be a great collection of actors and directors from the 1960s or human actors on Sesame Street, it’s still just a list of names, which gets a bit hard to read after seeing a block of names on every other page. My suggestion, skip a few lines when you see a list of names and the book will read much more smoothly.

There are some very touching moments in the book, especially near the end, when he realizes the impact his career has had on every generation of Sesame Street viewers and that he really has become a father-figure to many of us. Hence the name of the book. Didn’t see that one coming, did ya?

So my final assessment is a hearty thumbs-up if you’re interested in the career and success of a struggling actor. If you want a collection of stories from the set of Sesame Street, you may want to opt for Caroll Spinney’s book, though Sesame Street Dad isn’t worth missing in the long run.

I give it three bald heads out of five.