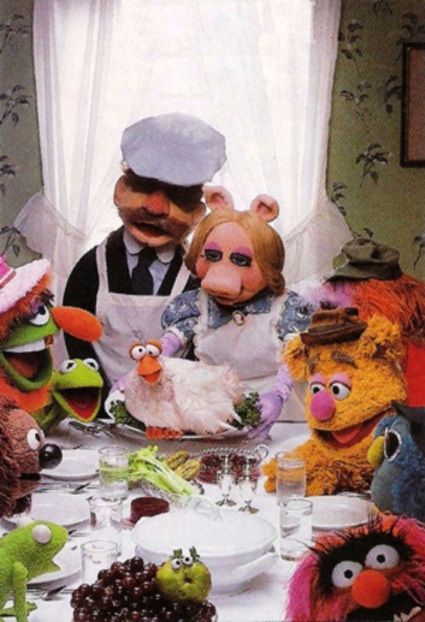 Thanksgiving dinner is an American tradition, filled with good company, comfort food, tryptophan, and a circle of loved ones.  For many of us, the holiday is pleasant and something we look forward to year-round.  But that doesn’t mean everything about Thanksgiving Day is going to be hunky dory.

Almost inevitably, there is a moment that can potentially ruin an entire Thanksgiving weekend.  Whether you have an… interesting family member or just a pairing of bad timing and unfortunate personality combinations, there’s a good chance that someone might say something to spark an unwanted dinner conversation.

Luckily, there’s something everyone can bond over: The Muppets!  And we’re here to help save your Thanksgiving dinner before it goes beyond the point of no return.  Just identify the no-no topic below, and use our handy tips to seamlessly shift the conversation over to the Muppets.  Easy! 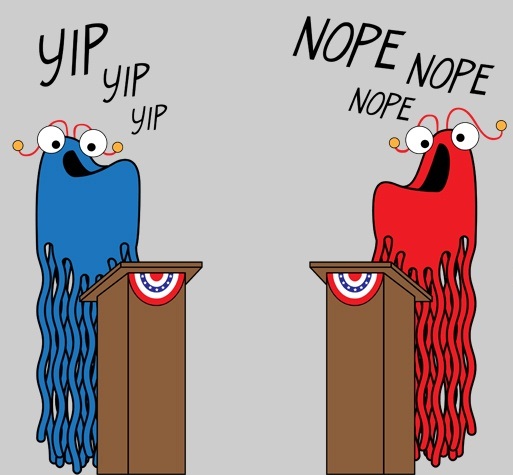 Man. These days, it’s not only impossible to have a conversation without it turning to what’s happening in the world of politics, but it’s easily the most divisive topic imaginable. Frog forbid someone utters the name of the guy living in the White House, we suggest you remind them about the President America deserves: Big Bird. He’s a politician that both the liberals and conservatives can get behind. 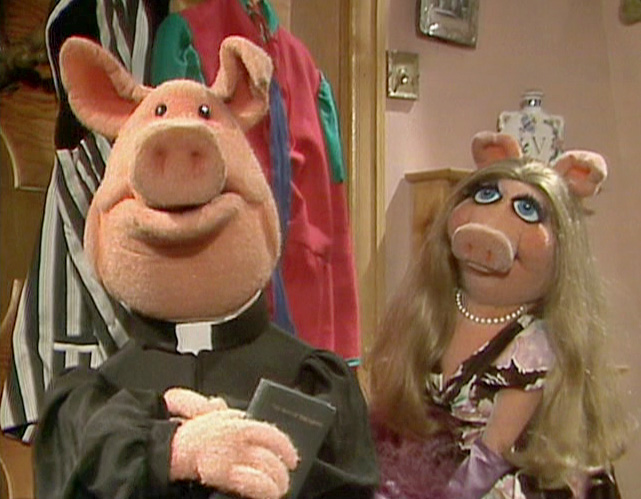 Religion, historically, is complicated. People differ with opinions, kids grow up and change their beliefs, wars are fought over different translations of ancient texts, and nobody ever agrees on anything ever.  So if grandma really wants to talk about capital-G God, keep her on her toes by reciting the wisdom of another powerful deity, The Mighty Favog. 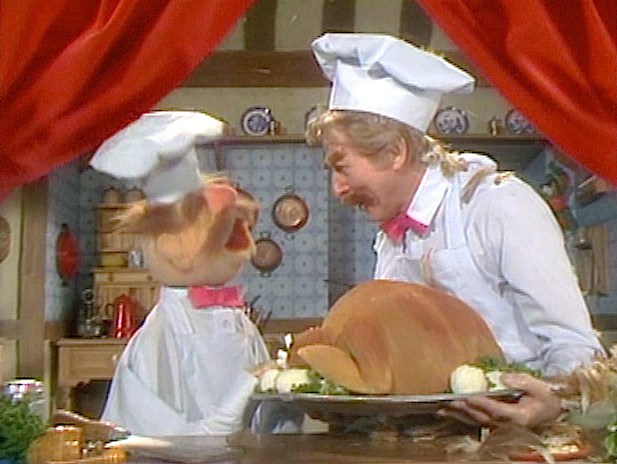 Polarizing topics aren’t the only taboo topics to avoid.  Be careful about insulting the feast laid before you, because Aunt Margie worked really hard on it, and she won’t take it well to learn that the turkey is too salty.  Should someone slip and knock the entree, throw a spatula.  No really, throw your utensils in the air and get everyone talking about the wacky antics of the Swedish Chef, and not Margie’s green bean casserole. 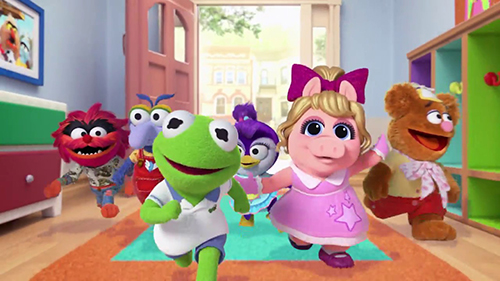 Let’s face it – any Thanksgiving dinner that includes kids will also include those kids running around, screaming during polite conversations, ducking under the table, and generally being a nuisance.  Before anyone comments on it, head them off at the pass by distracting the kids with an episode of Fraggle Rock you have queued up on your phone. Works every time! 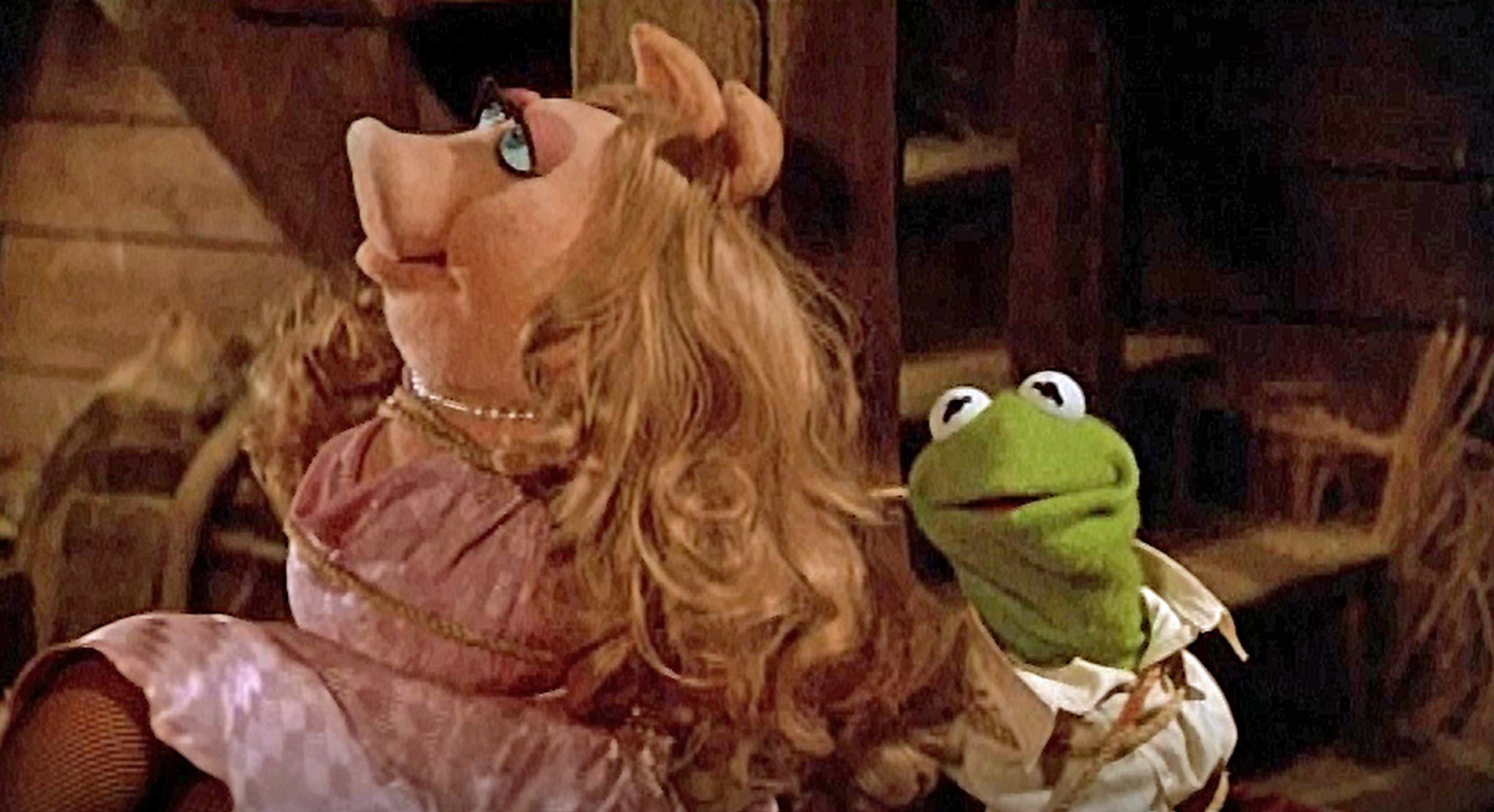 Oh no, cousin Derek broke up with his girlfriend!  Uncle Mike and Aunt Tina are going through a divorce! Your little sister and her new boyfriend are sitting awfully close… Fear not, you can avoid any unpleasant relationship conversation by citing some of the times Kermit and Miss Piggy have had their differences, and it always works out in the end for them.  Except when it doesn’t. 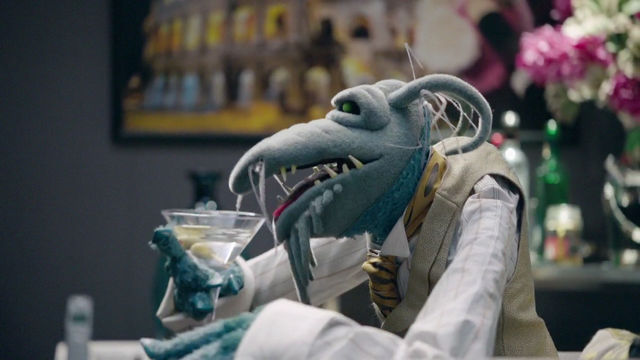 We all have an Uncle Doug.  Maybe he drinks too much and says whatever’s on his mind.  Maybe he has very loud opinions on people of other races or religions.  Maybe he’s about to fall asleep at the table while everyone is taking turns saying what they’re grateful for.  You can easily turn an “Uncle Doug” into a good old fashioned Muppet sing-along! Just whisper the first few notes of “The Muppet Show Theme Song” or “I Love Trash” or “Mahna Mahna”, and suddenly Doug is leading the whole family in an impromptu karaoke session.  Hopefully everyone else’s voices will drown out the fact that Uncle Doug is mumbling his way through the lyrics. 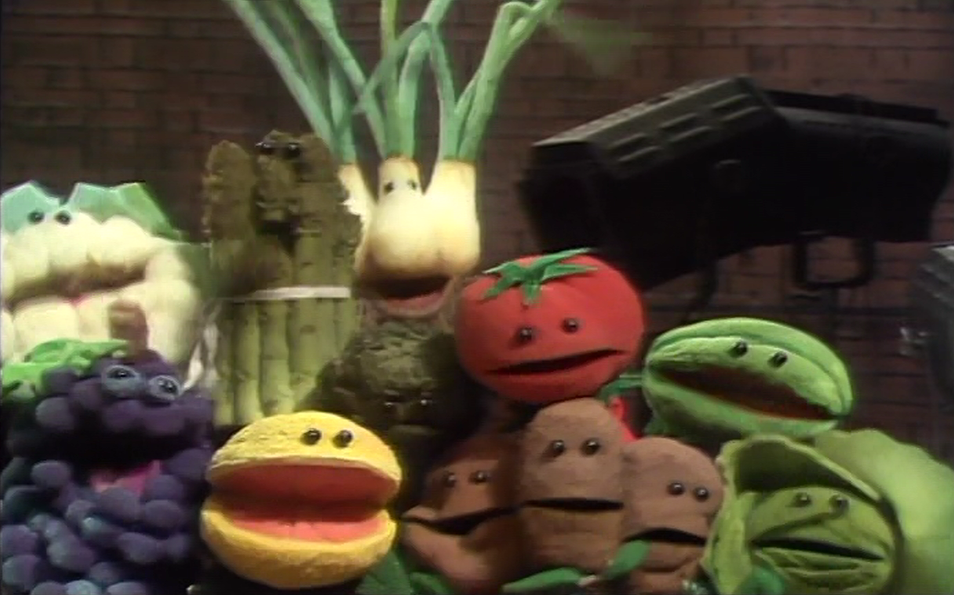 Got a vegan at your Thanksgiving dinner?  Then it’s likely that vegan won’t let you take a bite without warning you about animal cruelty or injected hormones or carbon footprints.  Just let them know that you understand their plight by reminding them that Muppet vegetables have feelings too. 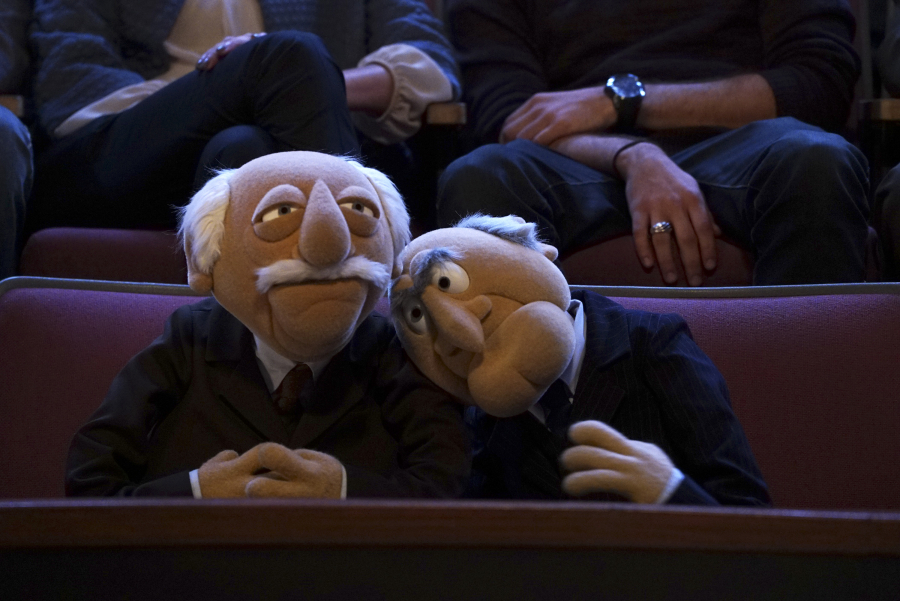 People who hate the Muppets

Yeah, there’s not much we can do for those people.  They’re lost causes in my book.  I guess show them the Big Bird Thanksgiving turkey comic?  Even though you’ve already seen it a hundred times?  Desperate times call for desperate measures.

We hope you have a most sensational Thanksgiving, Muppet fans!

Click here to talk turkey on the ToughPigs forum!