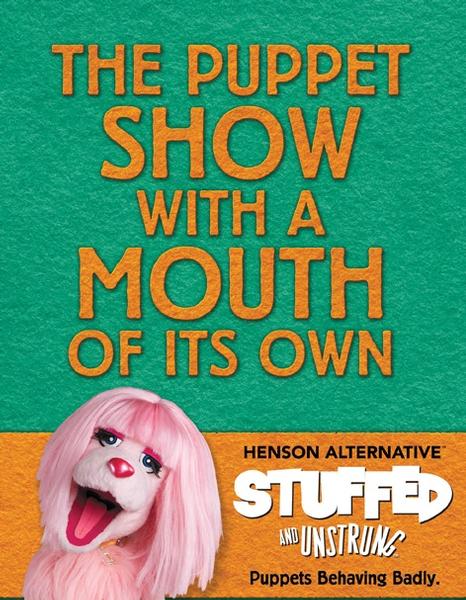 You know how we’ve been trying to figure what to call the Jim Henson Company’s puppet characters ever since they sold the rights to the word “Muppet” to Disney?  The JHC folks have come up with a name for them, or at least for the ones under the Henson Alternative banner: The Miskreant Puppets.  Presumably misspelled on purpose to denote the edginess of the Henson Alternative stuff.  Also, it’s interesting that they chose an M-word, because hey, you know what would be a fun portmanteau for Miskreant Puppets?  M-uppets!

But the point is, if you live in the Los Angeles area, you can see them doing a Stuffed & Unstrung show at Largo at the Coronet, this Thursday, November 17th at 8:00 PM. It’s sure to be night of crazy improv fun, bad bunnies, and talented puppeteers working hard to derive comedy from the crappy suggestions of drunken audience members.  Click here for tickets!

And click here to discuss this article on the Tuff Pygz forum!