The first issue of Archaia’s new Storyteller comic book series Witches was released in late September.  Which means you can hop on your broomstick, fly to your local comic book store, and go buy it RIGHT NOW! 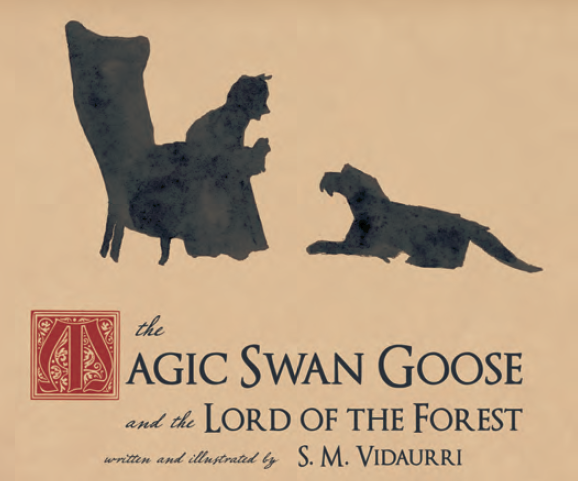 The Jim Henson Company has done pretty well in its relationship with publisher Archaia (now a division of Boom! Studios), as they turn existing Henson properties into new comics.  Of all those properties, The Storyteller just might offer creators the most freedom.  If you’re writing a story based on Fraggle Rock or The Dark Crystal, you’re limited to the characters (or at least the species) from the original productions, and the story has to adhere to the established rules and parameters that all the fans know.

The Storyteller only had two recurring characters, who mostly only appeared in the show’s framing sequences.  Every episode’s story introduced a completely new cast of humans and creatures, and the show was free to whip up as many far-off countries and kingdoms as it felt like.  So for a comic book creator approaching a new Storyteller project, the mandate is really just to come up with a fairy tale that the reader can imagine being read by John Hurt and acted out by British actors and Henson puppets. 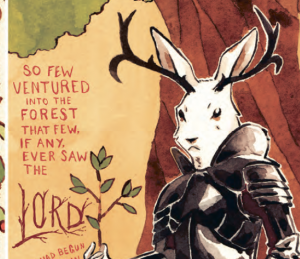 The first issue of this four-issue Witches series, by S.M. Vidaurri, doesn’t appear to be based on an existing story.  Or at least, there’s no “based on an early German folk tale” note, and the first several results of a Google search for the title “The Magic Swan Goose and the Lord of the Forest” are for this exact comic.

But the story is definitely true to the spirit of old fairy tales.  It kind of meanders along, with magical characters and incidents popping up here and there without necessarily having a logical motivation.  Our protagonist is an unnamed princess, from a kingdom whose territory includes a spooky forest said to be inhabited by the intimidating Lord of the Forest.

The Lord of Forest has a rabbit head, antlers, and wears black armor, although on some pages it looks a little bit like a leather jacket, so the resulting effect is that it kind of looks like a jackalope from a biker gang.  Still, it’s easy to imagine the Lord as a Creature Shop-built character.  Vidaurri includes plenty of other Creature Shop-friendly moments as well, including appearances by hungry rats, pelicans, and a giant swan goose.  What’s a swan goose?  I’ll get to that in just a second.

Our princess’s parents mysteriously die, which causes her to worry for the safety of her brother, the prince and heir to the kingdom.  And well she should worry, because in no time at all her brother gets carried away by the aforementioned giant swan goose.  I was pretty sure Vidaurri had made up the animal “swan goose,” perhaps after rejecting “penguin owl” and “turkey oriole,” but in fact it’s a real bird, a rare large goose found in Mongolia, China, and Russia.  This comic book is educational! 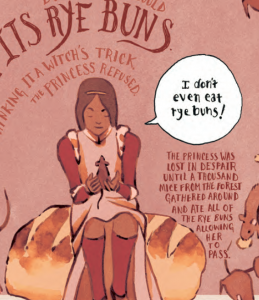 The princess’s search for her brother requires her to pass a few fairy-tale-logic challenges, like a giant stove that wants her to eat rye buns.  The final resolution is a bit surprising, and includes valuable messages about not judging people, living in harmony with nature, and girl power — it pretty much covers everything except “Don’t do drugs” and “Drink your milk.” And yet I never felt like the comic was preaching at me.

That’s the story… but that’s not the most notable part of the comic.  The art is beautiful and expressive, and it incorporates the narration into the illustrations themselves, completely eschewing traditional caption boxes or speech bubbles.  It may be the closest possible comic book equivalent to all the video tricks Jim Henson and his posse used to present the stories on the TV show.

Speaking of the TV show, my one complaint would be the absence of the familiar Storyteller and Dog.  Their silhouettes show up on the first and last pages, to indicate that the Storyteller is relating this tale to us, but I missed seeing that old man’s knowing glances and hearing the dog’s interjections.  Without them, there’s really no reason this had to be a Storyteller tie-in.  It could have just been released as a miniseries called Fairy Tales: Witches, and we wouldn’t have thought twice about it.  On the other hand, I started this review by talking about how nice it is that this series allows for so much creative freedom, and it wouldn’t be so conducive to artistic expression if the writers were forced to include 12 panels of the Storyteller per issue or whatever.

I enjoyed “The Magic Swan Goose and the Lord of the Forest” more than I expected to, appreciating it as a fantasy story as much as a Henson Company thing.  My interest is definitely piqued for the second Witches story, “The Snow Witch” by Kyla Vanderklugt, which will be a landscape-formatted issue.  So get ready to turn your monitor sideways to read our review of that one later this month! 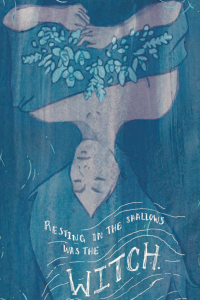 Click here to talk to a stove on the Tough Pigs forum!