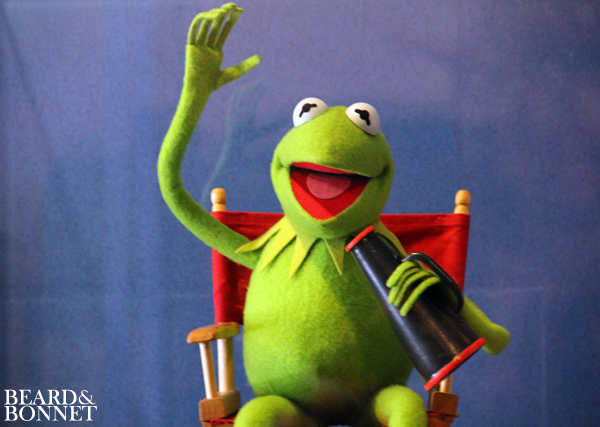 Steve Whitmire, better known to us as the performer of Kermit the Frog, has been collecting Muppet merchandise and memorabilia for his entire career, and he’s ready to get rid of it all.  For a good cause!

Starting today, you can bid on lots full of things like toys, clothes, crew-only gifts, autographed materials, and much, much more.  The proceeds will all go to the Center for Puppetry Arts in Atlanta, specifically to help build the upcoming permanent Jim Henson exhibit.

The best part is that we got to talk to Steve Whitmire himself, who told us all about what the auction proceeds will benefit, what sorts of things we’ll see in the auctions, what he kept for himself, and more!  Click on the play button below to hear our interview!

Obviously, this is a one-of-a-kind opportunity for Muppet fans.  You’ll have the chance to bid on unique items, stuff personally owned by Steve Whitmire, and vintage stuff that could be really special for any one of us.  As you heard in our interview above, Steve really wants some of these lots to go to the fans, as we’re the ones who will appreciate it the most.  So let’s do him proud and raise a little money for a good cause at the same time!

Click here to see the first auctions now available, which will be open until December 3rd.  The first few include lots separated by category: Muppet Treasure Island stuff, Muppet Christmas Carol merch, bath time goodies, Muppet Show collectibles, and so much more.  More auctions will be added regularly until it’s all gone! 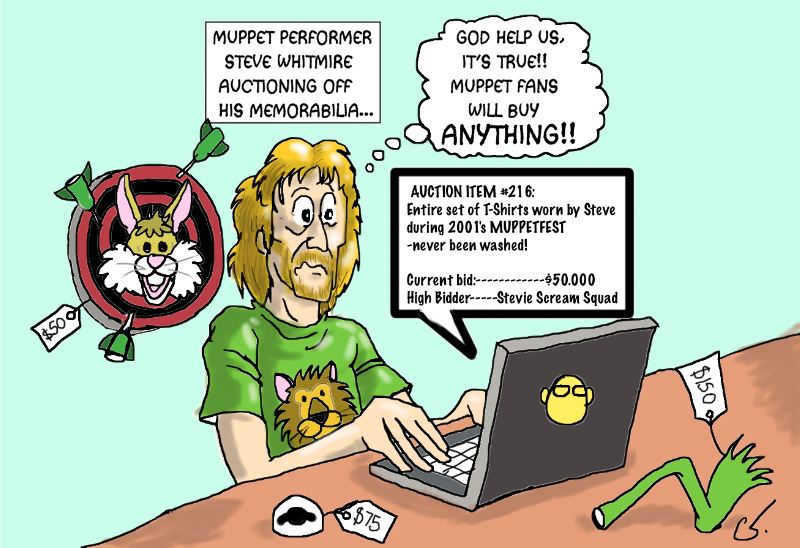 Click here to start the bidding on the ToughPigs forum!

A Conversation with Caroly Wilcox