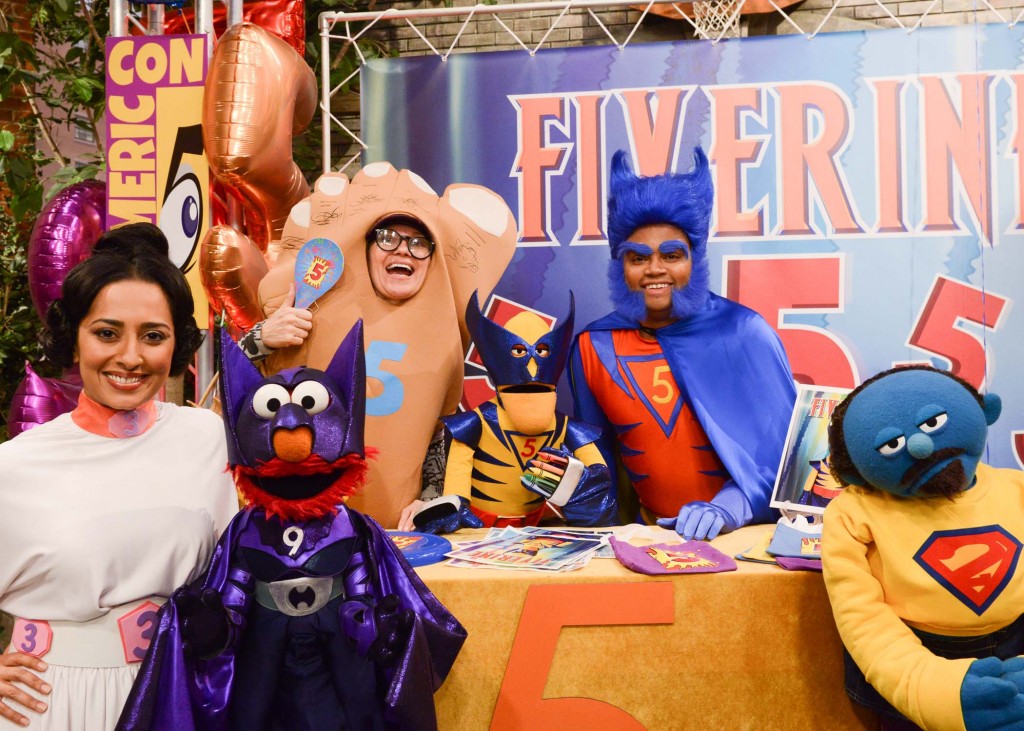 Sesame Street is going to be at Comic Con International in San Diego!  So tuck your cape into your mild-mannered suit, stretch your mutant healing power, and learn to talk to fish, because it sounds like they’ve got an awesome panel lined up!

They will also be screening the upcoming episode “Numeric Con”, which features some of the costumed characters you see above, including “Fiverine”, Elmo in his Batman duds, and (apparently) Leslie Carrara-Rudolph as a giant foot.  Hey, I’ve seen stranger things on the convention floor.  They’ll also be screening a new “Crumby Pictures” segment called “Star S’Mores”, which should be pretty awesome.

We’re pretty excited about this new episode, so we’ll have a lot more coverage on it once it airs in the fall.  But if you’re lucky enough to be going to Comic Con International, you’ll get to see it in just a few short weeks!

Click here to put on your finest spandex on the ToughPigs forum!

Henson Company is Headed to Comic Con Too!

Sesame Street to Get Jazzy in NYC