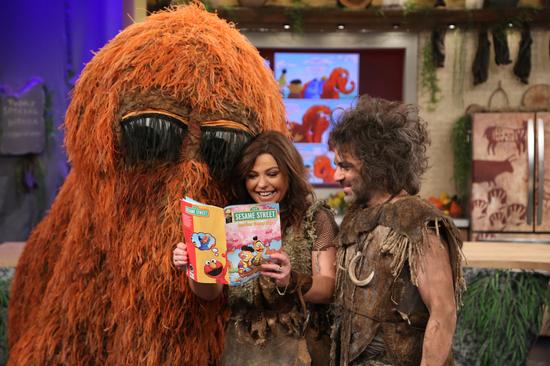 It’s always great to see Snuffy outside of Sesame Street.  He’s just so big!  How do they even get him anywhere?  So it’s pretty cool to see him pop up on Rachael Ray’s show.

Snuffy appeared on the show to promote the upcoming Sesame Street comic book, although the video cuts out before then.  Check out the video below, in which Rachael mistakes Snuffy for a dinosaur, and nobody gets any candy.  What kind of Halloween is this??

Click here to dress as a wooly mammoth on the ToughPigs forum!

What Does Big Bird Think of the Super Bowl?