CHUAY JAI (ToughPigs) — After 34 days stranded on a Thailand beach, five Americans are attempting to outwit, outplay and outlast in order to win sole ownership of Muppet-maker Jim Henson Co.

Germany’s allegedly fraudulent media syndicate EM.TV is offering the production company to the winner of Survivor: Thailand, and hopes to unload the unit in a live two-hour broadcast within the next few weeks, people familiar with the situation said Friday.

EM.TV is planning to award the creators of Miss Piggy and Big Bird to either Brian, a 34-year-old car salesman from Pennsylvania; Clay, a 46-year-old restauranteur from Louisiana; Helen, a 47-year-old Navy swim instructor from Rhode Island; or Ted, a 37-year-old software developer from Durham, NC. 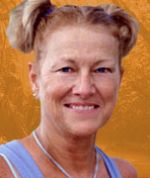 A fifth possible owner is Jan, the addled 53-year-old teacher from Tampa, FL, whose plans for the Muppets have not yet been finalized.

EM.TV is facing a decline on a 63.9 million euro loan that comes due at the end of the year, and company sources have said they hope to unload Henson by then. People familiar with the deal expect the unit to be even more valuable than the scenic elephant ride that Brian won in last week’s luxury competition.

People inside EM.TV have said in the past that the company might try to hang on to a minority stake in Henson in order to keep it out of the hands of that sneaky Penny from Sook Jai.

Representatives for all the tribe members involved could not be reached for comment, although Jan did announce that she was holding a beachside funeral tomorrow for a dead bird that she found while gathering wood.

Aside from Brian, the tight-lipped car salesman, it was unclear whether any or all of the remaining Survivors had lined up the necessary alliances to win the game.

Sook Jai, LLC, a tribe on the other side of the island, seemed to be a strong contender early on in the competition, but their hold evaporated when 28-year-old executive recruiter Shii Ann attempted to switch allegiances before the tribal merger was completed. Observers noted that the double-crossing was nothing personal and concluded that Shii Ann was only playing the game.

Jim Henson Co, which grew to fame designing beloved children’s characters, is now allegedly a television and film production company. Its most recent made-for-TV movie It’s a Very Merry Muppet Christmas Movie drew 11 million viewers on NBC last Friday. The winner of the competition may decline the grand prize and instead receive its cash equivalent.

Merger Go Round, or How I Learned to Stop Worrying and Love My Beaker Doll

So Here We Are