Siskel and Ebert and Kermit: Everyone Loved The Muppet Movie in 1979

If you want to know how popular the Muppets were in 1979, all you have to do is watch Siskel & Ebert talk about The Muppet Movie:

In 1979, Siskel and Ebert had only been discussing movies on TV together for about four years. At the time, their show was called Sneak Previews, and it was airing on PBS. Unlike their later syndicated show, every episode was a full thirty minutes with no commercials. This gave them more time to discuss each film, and here they devote a hefty six minutes to flipping out about how much they love The Muppet Movie.

The episode starts with a brief clip from “Never Before, Never Again,” and then we see both of the critics chuckling. That’s the first thing they do in the entire episode – laugh before they start talking, to signal that this movie is a delight and they’re excited to talk about it.

They cover a couple of other movies first, but when they get to The Muppet Movie, Gene Siskel sums up the troupe for viewers. He starts out “Now, if you don’t watch the Muppet TV show” and then interrupts himself.

Watching this in 2022, it’s remarkable. Now the Muppets are a long-standing family institution, one of those things that have seemingly been around forever and kids pick it up through osmosis, like Peanuts, Looney Tunes, or Slim Goodbody.

That sure wasn’t the case in August 1979 when this episode aired. The Muppet Show had been on TV for three years. Most of these characters had existed for exactly three years. It was still a pretty new show that was growing its audience. It’s easy to imagine a world where the show was written off as kiddie fare and ignored by critics.

But here’s how much that didn’t happen: Siskel and Ebert weren’t TV critics. They watched films and wrote about films and talked about films professionally. That presumably didn’t leave a lot of time for watching TV comedy shows. And yet here they are, both emphatically saying that they watch The Muppet Show and everyone watches The Muppet Show.

People say that The Muppet Show wasn’t a kids’ show, that it was for everyone, that it was just a regular comedy show for general audiences. But I never quite understood just how true that was until I watched this segment. In 1979, Siskel was 33 years old and Ebert was 37. Neither man had children or step-children at the time, although they would eventually. They weren’t watching The Muppet Show because their kids had it on and it was tolerable. They were watching it on its own merits, because it’s an entertaining show.

So they both went into The Muppet Movie as fans of the TV show, but here’s the real kicker: they were still surprised by how great it is.

Siskel describes the effects as “real special,” which prompts Ebert to describe “Kermit rides a bicycle” as one of the great moments in cinema, right up there with “Jolson sings, Garbo laughs, Barrymore talks.”

The birth of sound film in The Jazz Singer, Ernst Lubitsch’s masterpiece Ninotchka, John Barrymore in a newsreel I guess, and Kermit riding a bicycle: the four peaks of American film. That’s not me saying it, that’s Roger Ebert, the Movie Answer Man himself. That’s how much he loves those special effects in The Muppet Movie.

They keep talking about that scene. Ebert says everyone around him was wondering “How do they do it?” and Siskel says “I said ‘How do they do it?’ and I didn’t want to know. It was delightful!” We fanatics know that Kermit had ridden a bicycle at least twice before this movie, but to the general audience that truly didn’t matter. Siskel and Ebert were both truly awestruck by it, and it’s easy to imagine that they speak for a huge chunk of the 1979 audience.

At the very end, Siskel sums up his recommendation by saying “everyone should go” to The Muppet Movie. Ebert repeats that phrase verbatim, and that’s where the segment ends. They don’t give it a conditional recommendation. They don’t say that it’s a good movie if you have kids or you like comedy or you’re a big fan of Bob Hope phoning it in. Everyone should go. *Everyone.*

The Muppet Movie wasn’t just some movie. It felt like a one-of-a-kind event, and their enthusiasm makes that clear. They expected a funny film with familiar characters, but they got that and so much more. In a world where people already adored the Muppets, The Muppet Movie was still good enough to exceed expectations.

These days, it seems like we greet every new Muppet project with worry and fear. We aren’t excited. We don’t hope for greatness. We hope it will be good enough that people might remember that they like the Muppets.

It’s truly thrilling to visit a time when casual fans like Siskel and Ebert loved the Muppets this much. I hope we go back there someday!

Click here to see one good family movie a year if you’re lucky on the Tough Pigs forum! 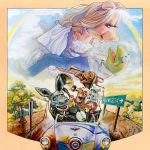