This is part two of a two-part series on the topic of Katy Perry’s boobs on Sesame Street. We at Tough Pigs feel it’s important that we give this story ample coverage, especially considering the fact that lack of coverage is what caused all the fuss in the first place. Click here for part one by Scott Hanson.

For the past several days, the internet has been buzzing with controversy, complaints and more controversy, and it all has to do with a couple of boobs on Sesame Street. 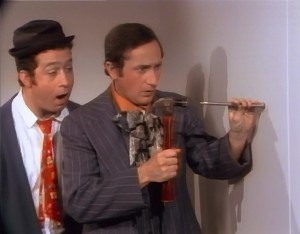 No, not those guys. I’m talking about… well, you know. To put it colloquially: a pair of hooters. 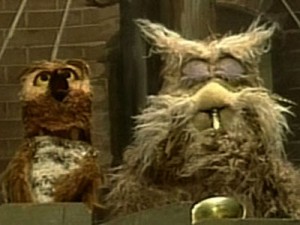 No, no, that’s not right either. 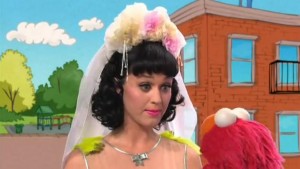 Okay, here’s the deal. Katy Perry is a pop singer who taped a music video with Elmo for the new season of Sesame Street. It’s a variation of her song “Hot ‘n Cold,” and it presents a dramatic scenario in which Perry arrives for a planned date to play dress-up with the fickle little monster, only to have her heart crushed when he abruptly rejects her request for light-hearted playacting and runs away, abandoning her on the streets of the city. So she chases him around a cartoon cityscape while singing new lyrics to her song, and it all concludes with a stunning twist ending (SPOILER ALERT: Elmo was playing tag!).

It’s a fun little thing, although even after watching it a few times I couldn’t tell what it was supposed to be teaching. It was presented as being about opposites — hot vs. cold, yes vs. no — except that as far as I can tell, Perry never actually sings the word “opposite.” In fact, the music overpowers her vocals to the point that I doubt whether the preschoolers watching at home would even be able to understand the lyrics. They may assume the lady with the strange headpiece is insane and Elmo is running for his life. (It’s probably a good thing she didn’t bring her whipped cream-squirting bra. There’s no need to frighten the tiny tots more than necessary.) 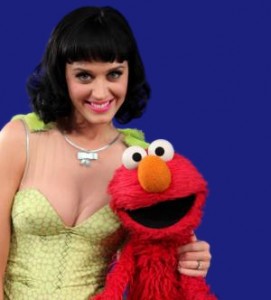 As Tough Pigs’ Scott explained in his article yesterday, Sesame posted the video on YouTube early this week to promote the new season of the show. Almost immediately, the people of the internet started commenting on the amount of skin Perry was showing (while ignoring the fact that Elmo spends the entire video totally nude). Gawker linked to the video with the headline “Katy Perry’s Boobs Guest Star on Sesame Street,” while the Huffington Post chimed in with the more grammatically suspect “Katy Perry Wears Cleavage on Sesame Street.” (I didn’t realize cleavage worked the same way as a hat.) Here are a few of the impassioned, outraged, and infuriated comments from Facebook users: 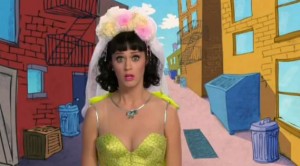 As you can see, it was a huge mob of protesters who were out for blood. That went on for a few days, and then came Thursday morning, when Sesame Workshop announced that, due to the negative feedback, the video would not be seen on the TV show after all. So that’s that. To be honest, I’m not entirely sure how I feel about the whole thing. The producers must have known that a few parents would be unhappy about a singer whose biggest hit is “I Kissed a Girl” appearing on a show for toddlers. Still, I suspect that, had the video aired on TV without premiering online first, there wouldn’t be such an uproar. People may have seen it and said, “Huh, that seems unusual for Sesame Street,” but they wouldn’t have posted angry comments on their TV sets, and the vast majority of them never would have bothered to lodge any kind of complaint with Sesame.

It’s a bit surprising that no one on the production team questioned the wisdom of letting her wear that outfit in the presence of a three-year-old Muppet, but I can’t say I agree with the notion that the mere sight of it would corrupt a child for life, or that this video twists Sesame Street into a road leading to lifelong depravity and lecherousness. And I have to wonder: What’s the worst that could happen if they actually let this thing air on PBS? Would parents really stop letting their kids watch the show, or boycott the merchandise, all over a two and a half minute clip? And are the internet complainers really representative of the TV viewing audience at large? In addition to the critics, there were plenty of folks on those comment boards criticizing the criticizers for overreacting.

It’s worth noting that, while this is probably the most revealing outfit that’s ever been seen on Sesame Street, it’s not the first time cleavage has been glimpsed or alluded to. There was opera singer Denyce Graves, who wore this: 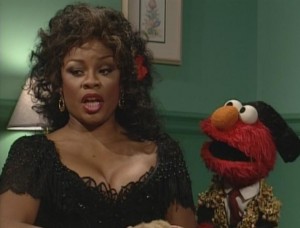 When Sarah Jessica Parker showed up, she couldn’t stop talking about her pair. 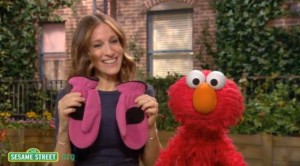 And it seems that everyone is forgetting the fact that the very first episode of Sesame Street included a shockingly brazen display of fully exposed nipples. 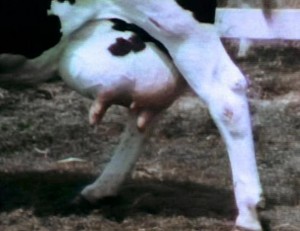 Not to mention the haunting toplessness of Mr. Hooper, as seen in 1978.

But anyway, it’s all said and done now, and the video will never be seen on television. Appropriate or not, that feels like a big waste of time, effort, and money on the part of everyone involved. I mean, the episode wasn’t scheduled to air until December 31… Couldn’t the producers work some digital magic by then to make Perry’s wardrobe less offensive? They could cover up the offending area, like this: 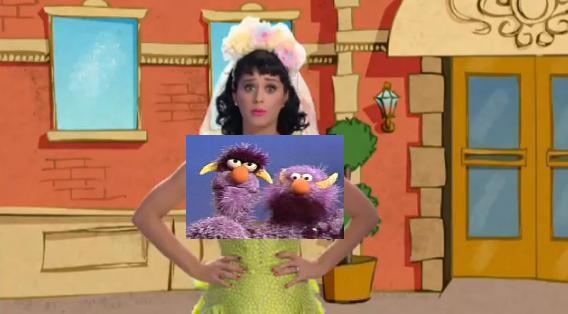 Or they could just put her in something more conservative, like this: 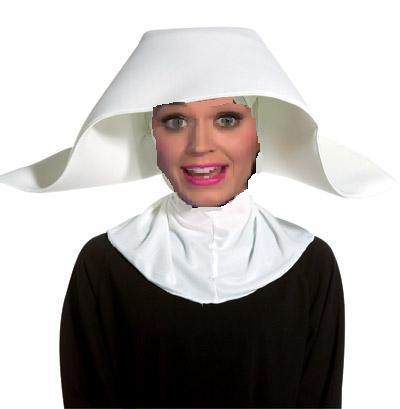 Man, I am awesome at photo manipulation.

So is this all much ado about nothing? Should the Sesame people have asked Perry to wear something nicer? Should they have invited Susan Boyle on the show instead? In case you missed it, here’s the video (which has now been removed from Sesame’s YouTube channel and moved to Katy Perry’s channel). What do you think?

Click here to ride in a taxi with Muppet chickens on the Tough Pigs forum!