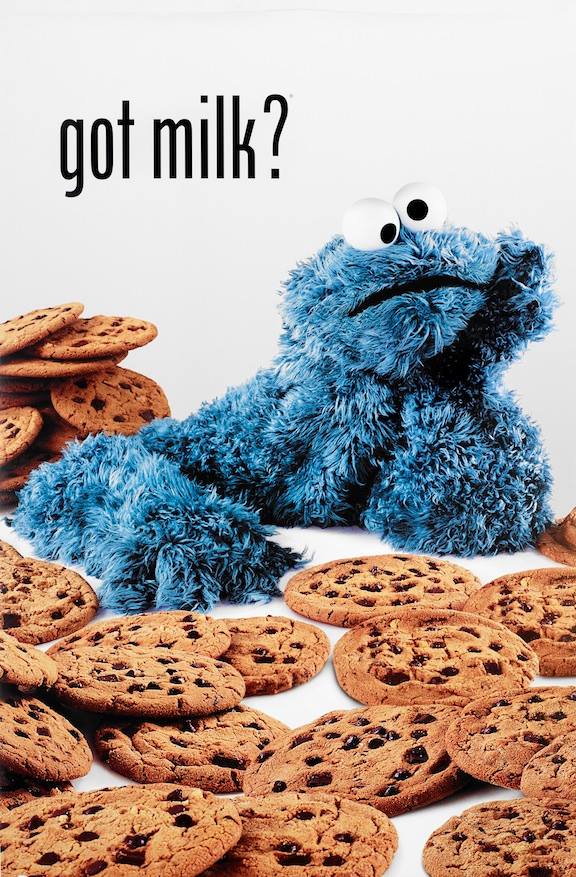 Sesame Street has been the best educational children’s television show since 1969. How do I know this? Because over the 50-year history of the program, the producers have consistently used their platform to teach kids about the most important thing there is: Milk.

That’s right, I said milk. According some commercials I saw, milk does a body good, and it’s good for your teeth and bones and maybe your hair, I think, so Sesame Street has performed a valuable service by making sure children know that milk exists.

Way back in the very first episode of the show, Sesame Street presented a film about where milk comes from before it gets in the carton. In the 1960s, folk music was all the rage, so the film was accompanied by a sparse, languid acoustic ballad called “Hey Cow,” featuring the immortal lyrics “Hey cow, I see you now.”

Back then, movies and television moved at a slower pace than what we’re used to today. The preschoolers of 1969 were familiar with movies that were heavy on dialogue and light on action, like Midnight Cowboy and Bob & Carol & Ted & Alice, so they loved watching an interminably long segment about cows and farms and grass. Watching the segment, it’s easy to imagine toddlers staring at their TVs, transfixed by these cows.

As the 1970s went on, the Sesame Street people realized it was time to create another milk segment targeted at the kids of the day. This was the era of procedural TV shows like Starsky & Hutch, The Dukes of Hazzard, and Adam-12, which were mostly about men driving cars pretty fast.

And that’s why, after an expository sequence featuring cows getting milked, this film kicks into action with scenes of a man driving a milk truck pretty fast to deliver milk. Also, Sesame Street had proven that kids learn well from repetition, which is why the lyrics to the song accompanying this film go like this: “Milk! Mi-ilk! Milk! Milk! Mi-ilk! Milk! Miiiiiiiiilk!”

Right now you may be thinking, “Well, it’s certainly interesting that Sesame Street did a few live-action films accompanied by music in which they demonstrated where milk comes from. Too bad they never used the lovable Sesame Street Muppets to talk about milk!” But that’s where you’re wrong, buddy! Several of the most popular Muppet characters, including Elmo, Gladys the Cow, and the Big Bad Wolf, performed in a pageant about the origins of milk back in the 1980s.

More recently, the Two-Headed Monster returned to the dairy aisle for this sketch in which they evenly distribute milk between two glasses.

Together, these sketches taught the kids of two different eras everything they needed to know about drinking milk with both of their heads.

Now it’s the 2010s, almost the 2020s. That means Sesame Street faced an all-new challenge: Educating the children of the 21st century on the subject of milk using cutting-edge technology with all its boops and beeps and touchscreens and internets. And that’s where Cookie Monster and Gonger come in!

In a recent segment of their recurring “Foodie Truck” sketch, the two furry friends attempt to make fruit smoothies, and along the way they discover the same old lesson about where milk comes from – but they do it using a TABLET to VIDEO CHAT with a KID ON A DAIRY FARM, which is the 2010s equivalent of a folk song! And after a trip to the farm to get the milk for their smoothies, they mix it with the fruit using a BLENDER! The poor old yokels of 1969 could only dream of having tools as advanced as a blender at their disposal.

Truly, Sesame Street deserves praise and commendation for their dedication to teaching kids just how they ended up with that container of milk. And come back next time when I’ll tell you all about Sesame Street’s history with loaves of bread and sticks of butter!

Note: Tough Pigs has not received compensation from the National Dairy Council for this article, although if they want to give us some free chocolate milk that would be cool. Click here to be lactose intolerant on the Tough Pigs forum! 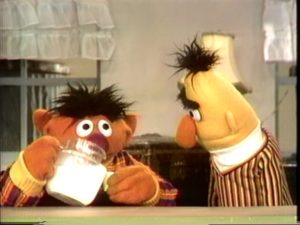