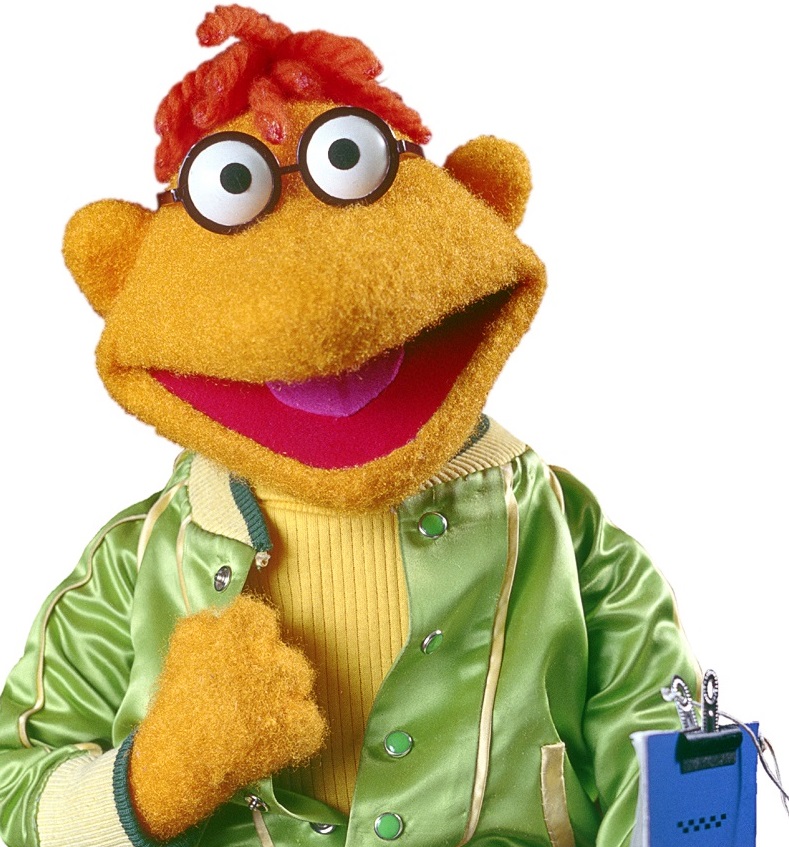 Today’s article and video are by Tough Pigs pal Shane Keating. Thanks for your valuable contribution to Muppet studies, Shane!

On a recent episode of this website’s Movin’ Right Along podcast, Tough Pigs’ own Anthony Strand called attention to what he called the “Scooter Fist,” which is when Scooter emphasizes whatever he’s saying by swinging his fist in front of him. Anthony said Scooter did it “all the time,” which lead me to wonder: Just how often did the “Scooter Fist” occur? The question inspired me to make a silly video about it.

So over the next week, I quickly scrubbed through everything involving Scooter I could find — all the episodes of The Muppet Show, The Muppets, the movies, specials, TV appearances and lest I forget, the “Muppet Thought of the Week” YouTube videos. What did I find? Well, watch and find out!

It’s interesting to see just when Richard started developing this trait and when it kinda dropped off; I couldn’t find any examples beyond 1985. It’s also interesting to see how little David Rudman does it; apparently not a single instance since 2012. His approach to Scooter seems a little more mature than Richard’s, so it does make sense that a gesture demonstrating his youthful exuberance has fallen by the wayside.

All in all, this was a fun thing to make. The final product is not only is an amusing assortment of clips, but I think works as a fine tribute to Richard Hunt, one of his most memorable characters and his unique approach to the character.

Click here to be ruthless, merciless and cruel on the Tough Pigs forum!

Big Mean Carl and His Bird: The Rest of the Story