The following article was written by ToughPigs’ own Peter Savieri. Thanks for sharing your amazing story with us, Peter! 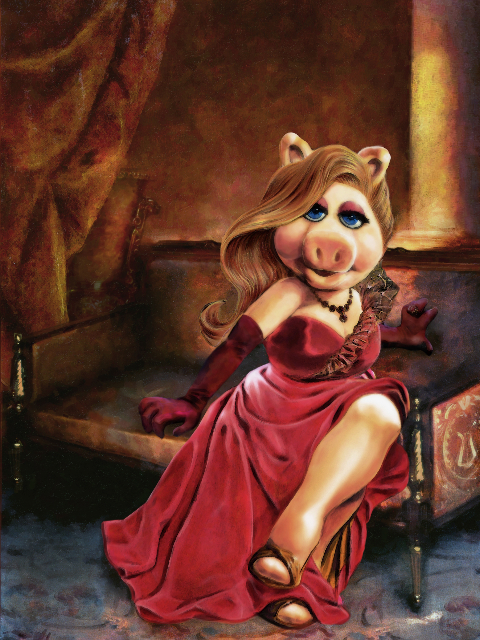 For my whole career I’ve gotten work through recommendation, rarely having to send out a folio because the last people I’d do storyboards or concept design for would recommend me to the next. I’m grateful for this as it’s meant I’ve had fairly consistent freelance work in storyboarding and concept art for years now, but in a way it has also lulled me into a receptive state, and beveled my ambition a little. Through all this I maintained a latent belief that if I ever got an agent and went for a job I wanted I’d be able to get it. A case of “ask and ye shall receive”. It was a belief I held but under it all, feared putting to the test.

Way back in 2008-2009, when I began sending in Muppet and Piggy Illustrations to ToughPigs, I was just beginning to reconnect with my love of Jim Henson and his enormous influence on me as both a creative individual and as a human being. The wonderful feedback I received from everyone on the forum and website was the perfect handshake, or hug, really, to let me know I was returning to a creative wellspring I’d forgotten was in my garden. During this time I also began building my own puppet characters again (something I hadn’t done since I was 13 years old), and writing a short film to make with them.

When 2010 began, the buzz was already in full swing about the green-lit Jason Segel Muppet movie. A buzz I was following with particular interest. All indications, not least the heartfelt intentions of the creative team behind it, suggested this might be THE Muppet comeback venture, so my incessant chatter about it and my desire to do SOMETHING on the production started triggering encouragement from my friends and boyfriend Sebastian, as well as director friends and other creative associates here in Australia. They began talking to me about it as a “why not?” proposition but moved swiftly to an “of COURSE!” stance.

With all this encouragement, I decided it was finally time to get that agent and test myself.  So I did. I had one interview with my first choice and she loved my work and agreed to represent me… “Write your own ending.”

Next I used every other contact I had to get emails or numbers or anything promising to get in touch with Segel, Stoller and Bobin (when he was announced). A close friend and director collaborator is signed to UTA in Hollywood, who also represent Nick Stoller, so I tried that angle while my agent went through other channels for James Bobin. There were moments of doubt as doors seemed resolutely locked, or an angle of inquiry ruffled the feathers of a PA here, or an agent there, but we marshaled all our charm and genuine connection to the project, and persevered… “Keep believing.” 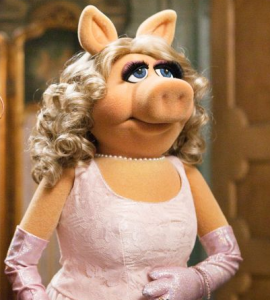 In the end my agent got Bobin’s email and sent a super lush folio and proposal I’d prepared. A sort of pitch document that hoped to pitch me into their midst! Now, at this point there was no advertised job, I just presented my professional experience, folio and recommendations for storyboarding, concept art, design and design consultancy. I cast the widest net in hopes to hook even a small role. With the progress I’d made so far, I was confident I’d at least win their consideration, but at times I admit I doubted my aim in tying my creative worth to an arrow and firing it across the Pacific Ocean, and had to fill in the gaps in my faith with some serious dreaming… “Keep pretending.”

The natural breakthrough in getting every job I’ve ever won is when the director likes my work, so finally I got the call from my agent, James Bobin liked my work. He spoke to the production designer who asked me if I could paint portraiture. I said yes. He said they needed some portraits painted of the Muppet characters for use as props in the film. I said HELL YES.

It so happened that I was flying to LA for a different set of small jobs at just the time they wanted to meet me. So I went in and met the production designer at Disney in Burbank. We spoke of the portraits and other stuff. I had a well learned cautiousness about how prop jobs can just evaporate, so I made sure while I was there I also got him into a conversation about the way Piggy and Gonzo have been looking increasingly shabby for the last, like, 20 years! He was very interested and wrote down everything I said. I went back to my friend’s house in an LA suburb to wait for confirmation of the go ahead for the portraits.

As I’d feared, the portrait job did evaporate, with them choosing to convert digital photos into portraits instead, to facilitate a transition sequence. In the meantime though, I had exchanged multiple emails with the production designer about trouble-shooting the design flaws in Gonzo and Piggy. I figured although this was an informal task I’d taken on, for which I won’t be credited, I could at least help save my fuzzy heroes from looking lopsided and lifeless in their big comeback. The production designer gratefully accepted all my feedback, including critiques scrawled on images of good and bad incarnations of the characters and a chart I drew up of Piggy detailing how they could best adapt (through eye design, ear position and wigs) one of the better new head sculpts into something closer to her best days. Bobin was also grateful to receive my notes and used them in multiple meetings with Puppet Heap.

So by the time I was on the 14 hour flight home to Melbourne from LA, my disappointment at the loss of the prop job was well soothed by the knowledge I’d helped Piggy and Gonzo look better. Unsung hero, me!

Then a month or so later, back in Australia and working on the script for my own puppet film, I received an email from the production designer saying the portrait job was back on but now they only needed me to paint one character… And GUESS WHICH ONE?

I returned to LA (this time for a film pitch) and stayed in a big ol’ house in the Hollywood Hills (rented for us by the production company of the director I was pitching with), bought some paint and a canvas in Los Feliz and, after my storyboarding and design duties on the pitch were complete, settled in to paint a portrait of the lovely lady pig who stole my heart so many years ago.

I based the painting on a John Singer Sargent reference the production designer sent me, as well as images from an exclusive shoot conducted with the new Piggy poser just for my reference! The work took me just under a week to finish, and when it was done I delivered it personally to the Universal Studios set of The Muppets. I met with the production designer at Stage 28 (the infamous Phantom of the Opera set, which was repainted to serve as the Muppet Theatre), and he took me on a very detailed tour of the nearly constructed Muppet sets and props.

The first thing I saw on approach was the Electric Mayhem bus, all covered in dust and cobwebs, and if that wasn’t thrilling enough, when I walked in the first thing that greeted my eyes was the towering, multi-tiered archways recreating the beloved opening number from nearly every Muppet Show episode. The first time the arches had been built in full, rather than accomplished by compositing together multiple shots of a single level. 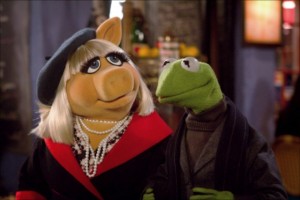 I practiced some professional restraint, but as I was led through the built up sets for the enlarged backstage area (still raw pine at the time), or Kermit’s office, or Gary and Walter’s bathroom, the gravity of this comeback for the Muppets really hit home.

I was also struck with the realization I was exactly where I wanted to be, where I’d projected myself in my mind over a year earlier (and in a way, in a place I’d needed to visit for my whole life). I looked on a wall chart showing the relative scale of the Muppet and human characters in the film, and regretted I’d be flying out that evening and so couldn’t stay for when the performers and Muppets came in to shoot later that day. Even with this disappointment, though, I knew just being there had opened the door to a world I’ll revisit some day.

I felt the experience light my face. Luckily the production designer and the rest of the crew were as engaged with the joy of breathing new life into these characters as I was! Everyone I met was smiling a little or a lot. I’m sure everyone reading this will understand exactly what I mean when I say I felt, in some perfectly magical way, that I’d come home… “You’ve done just what you set out to do.”

So now that the movie has been seen by some, and I know my painting of Miss Piggy is featured in an emotionally pivotal scene for Kermit, I feel like I’ve found a way to give something back to a world that gave me immeasurable inspiration in my childhood and my life since. The painting is only seen for a brief moment, but I know now that for all my other projects and ventures, I’ll travel with the knowledge I’ve once again picked up the colorful thread of the rainbow connection.

So thanks to all at Toughpigs, and all the friends who kept me focused and believing my arrow could reach its target, so this small contribution could start me back on the path to something big… As Kermit would say, “thanks to the lovers, the dreamers and yoooooouuuu.”

Below: Peter’s final painting as seen in the movie. (Poor-quality pics… it looks much better in the real movie.)

Click here to to keep believing, keep pretending on the ToughPigs forum!

The Segel Saga: A Timeline of “The Muppets”

ToughPigs Goes to the Movies!