ToughPigs Roundtable: What Sesame Street Means to Us

Sesame Street‘s 50th anniversary isn’t just a celebration of a half-century of one of the greatest and most influential television series in history, it’s also an opportunity for everyone who has ever been touched by the show to express their Sesame love.

In honor of this momentous occasion, the entire ToughPigs creative team has pooled together to share our thoughts on what Sesame Street means to us.  Happy anniversary, Sesame Street! 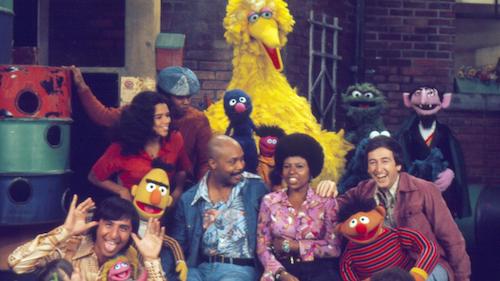 Sesame Street is a TV show I watched as a preschooler, and more than any other piece of media I can think of, it has stuck with me through my entire life. The characters have stuck with me: I still love Grover, Ernie and Bert, Prairie Dawn, and everyone else. The comedy and the songs have stuck with me: I can still recite memorable punchlines and sing so many of those tunes. The educational lessons have stuck with me: Would I be quite so confident in my knowledge of the alphabet or the number of sides on a triangle if not for the show?

But perhaps most importantly, the life lessons have stuck with me. Sesame Street explained concepts like community, acceptance, cooperation, and feeling proud of oneself simply enough that they could be comprehended by young children… which means they’re easy to call to mind when I need some reminders on the best way to live my life. I guess I could say I carry Big Bird with me every day. (But not literally. He would be too heavy.) 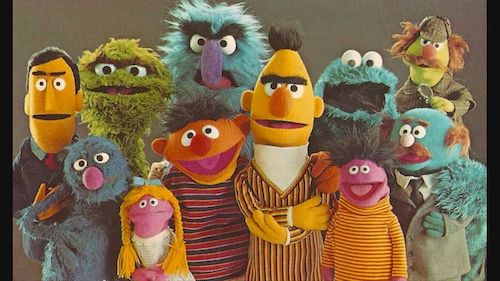 I’ve had a fervent love of reading for as long as I can remember. I’ve always been a curious person, asking questions and taking in the world around me. I’ve tried my hardest, throughout life, to show compassion and kindness to others. While I suppose the main reason I am this way is because I had amazing parents and role models growing up, I can’t help but also attribute a lot of what makes me “me” to Sesame Street. I so clearly remember watching episodes early each weekday morning, and then rewatching those same episodes in the afternoon once I was home from preschool. I devoured the show – we owned Sesame toys, rented VHS’s regularly from the local video store, and had the entire Sesame Street Treasury book set. It was so deeply ingrained in me before any other piece of media.

Sesame helped teach me the basics of reading and counting as a young child, sure, but it gave me so much more. It showed me what healthy friendships should look like with Elmo and Zoe, taught me compromise and patience through Bert and Ernie, presented how not to treat people through Grover and Mr. Johnson, and revealed that even grouches can still have big, soft hearts. It portrayed non-toxic masculinity in so many forms, while also giving me wonderful female characters to look up to. Sesame has always been there to tell us that worms can go to the moon, cookies can be an anytime meal, and that we should always sing our song.

I don’t know if I’m ever going to have kids of my own, but if I do I know showing them Sesame will be an absolute must. This show taught me so much as a child, and I’m glad it’s still around to this day teaching children both how to use their brains and how to act with their hearts. 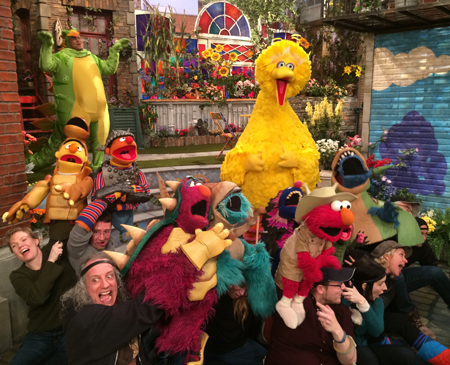 Sesame Street is the foundation upon which I was built. A place to learn about letters and numbers, sure. But also to learn about unity amid differences, family among friends, and love for all above everything else. It is my television comfort food – friends who will always be there. 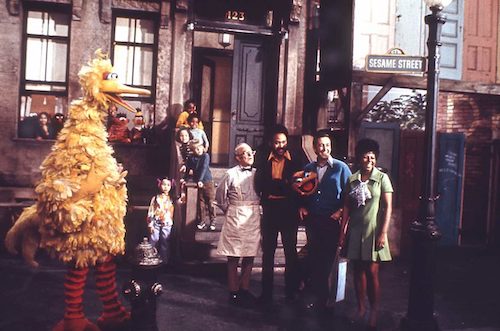 Gosh, what does Sesame Street mean to me? It’s just kind of always been there through my life. In a way, it’s been like a member of the family. The characters and stories I’ve seen on that show have entertained me, educated me, and inspired me. It was something I could enjoy with my parents and siblings. Without Sesame Street, I don’t think I’d know just how many nuts it takes to make a jar of peanut butter, who that monster in the mirror just might be, or what goes on down, down, down below, down below the street. It’s a point of inspiration, for both kids and adults. It’s a presentation of how the world could be if we were just a little kinder. And it’s the collective work of a group of writers, performers, directors, crew members, researchers, and developers who come together to try and reach children around the world to help prepare them for the world that awaits them as best they can. Without Sesame Street, I shudder to think what kind of person I would be.

So yeah, Sesame Street is kind of like family to me. No matter how long I stay away from it, it’s always waiting for me when I return, and can always pick up like nothing has changed. I always know where I’m going on Sesame Street. 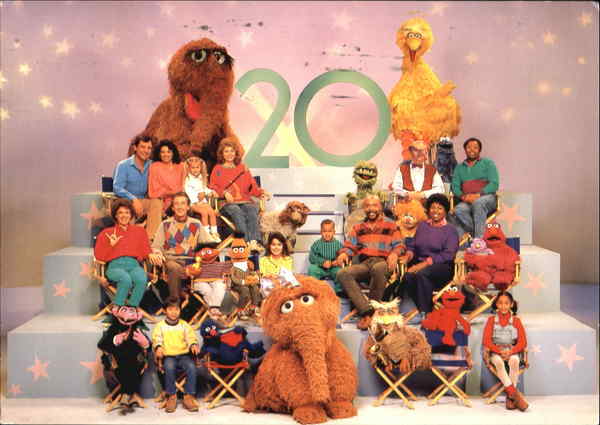 My first word was “Oscar.” My second word was “Grover.”

So yeah, Sesame Street was always a key part of my life. Honestly, I never stopped watching it. When I see my dad, we still watch it together. I send clips to my partner on the regular. As an adult, I realize what Sesame Street really is: the perfect, impossible-to-replicate intersection of boundless creativity and boundless kindness. Sesame Street, as a show, as a place, as a world, is everything I could ever want to be. A friend. An educator. An artist. And also it’s just funny and clever and enjoyable.

So it’s been over 25 years since I first said “Oscar,” and yeah, I’m still talking about him almost every day. Every day, I hope to grow more into the kind of person who’d live on Sesame Street. It’s a long road, but there ain’t no road too long. 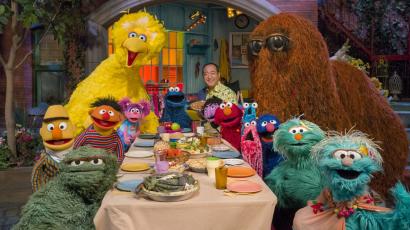 What does Sesame Street mean to me? In so many ways it’s an impossible question to answer, because how can one ever truly know the myriad ways in which experiences during our most critical developmental years inevitably shape us on deep and subliminal levels? I am therefore left to speculate what Sesame Street instilled in me without my awareness: the value of diverse experiences, languages, cultures, ideas, abilities, and temperaments, the importance of communication, understanding and tolerance, and perhaps even the joys of living in The Big Apple (I regularly cite having grocery stores around the corner when touting city life. Sadly, however, I have yet to find a fix-it shop).

But then there’s all the obvious influences Sesame Street has had on my life.  Aside from entertaining me with songs and sketches that still delight me to this day, I developed an interest in Jim Henson’s life and used my research to write a poem about him for my 5th grade poetry project—an elegy that I would years later send to one of Tough Pigs’ owners on a dating website (spoiler: it was not the one I’d eventually marry!). I was so demonstrably inspired by Henson’s work as an innovator; I started creating my own puppet projects as a child, and decades later I co-created one as an adult in collaboration with the Tough Pigs owner that I did eventually marry.

And speaking of that guy, he wooed me with recordings of new episodes of Sesame Street on our second date! Then I went on to produce some Sesame Street-themed cabarets and have spent the last nine years reading articles, attending screenings and concerts, and even writing my own pieces about this iconic show. A Sesame Street sign sits on my windowsill and Sherlock Hemlock chillaxes next to my TV. I haven’t been able to shake “the Street” since I first visited it as an impressionable youngster – and the air has been sweet ever since. 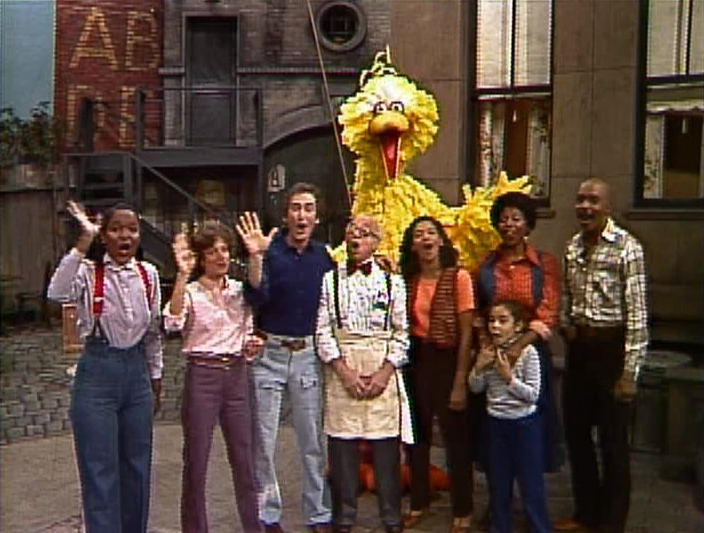 The words Sesame Street mean so much to me. On the immediate, I think of a place where everyone is welcome, where learning is celebrated, and where family extends from relatives, to friends, to even birds and grouches and monsters. So basically, Sesame Street makes me think of home. Sesame Street also makes me think of New York, which used to not be my home and now is. New York was always painted as a diverse and friendly wonderland by Sesame Street, and guess what? IT IS. I’m glad the early exposure to New York though Sesame Street encouraged me to move here a short 17 years ago. I honestly don’t know if I would have without Sesame Street.

Finally, Sesame Street makes me think of innovation. I still watch Sesame episodes, old and new and am struck by how fresh and forward-thinking the show is, both in content and style. If you want to be exposed to new forms of animation, film making technique, music, puppetry and creative ideas, Sesame Street is great TV to tune into. So, I love you Sesame Street. Happy 50th. Thanks, for sweeping the clouds away and telling me how to get, how to get to my favorite place: home. 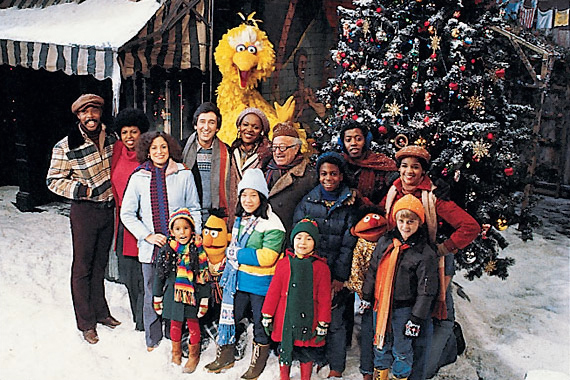 Sesame Street started when I was in kindergarten. By this time, I was already hooked on televised animated cartoons (classic and Saturday morning) and had actually done my first drawings (yes, in crayon). I’m not sure how I first started watching Sesame Street, but I do know that every morning after kindergarten, I’d go right home park my butt in front of the TV, turn on the set to channel 2 (WGBH) and watch some badly-drawn picture of a kid with his parrot accompanied with cheesy background music until the show came on.

Once that show came on, I was being exposed to new art forms. The quirky animations, all done in several different drawing styles, from delightfully deranged to definitely disturbing. It was far from the slickly made stuff I was watching on the regular channels. This began to open up possibilities.

And of course, the start of a lifelong passion towards the Muppets. How can anyone watch the magic the performers do with these characters and not be affected? Creativity and expression didn’t need to be restricted to one form or concept.

Sesame Street took a spark and helped fan it into a flame. 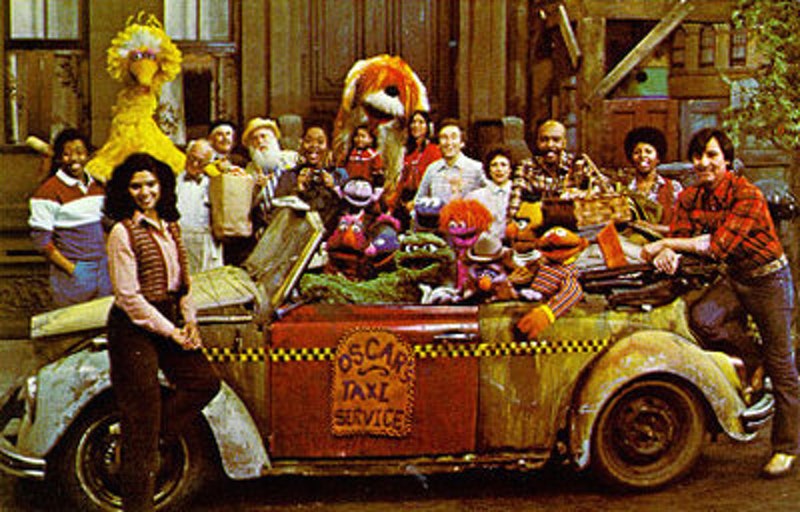 Sesame Street means everything to me.  It’s where I made my first friends, where I learned how to read, and where I found my purpose in life.  That last part has given me direction in my career, helped me to find a community of amazing friends, and given me the opportunity to write these words that are currently being read by your eyeballs right now.

I shudder to think of what my life would be like without Bert and Ernie or Big Bird or the work of all the talented people who helped create such a groundbreaking TV series.  But beyond myself, I am overwhelmed by the influence Sesame Street has had on the world.  The education of children is the single most important initiative for humanity.  Sesame Street has done what no one else has ever come close to doing: The show has found a way to deliver the lessons of literacy, empathy, communication, and humanity to the widest audience possible.  There is no doubt in my mind that this world would be a much darker, sadder place if we were denied its existence 50 years ago.

Thanks to Sesame Street for giving us 50 years worth of memories, and thanks to all the Sesame Street fans out there reading this and celebrating along with us!  Please share your own Sesame memories with us on Facebook, Twitter, and the ToughPigs forum! 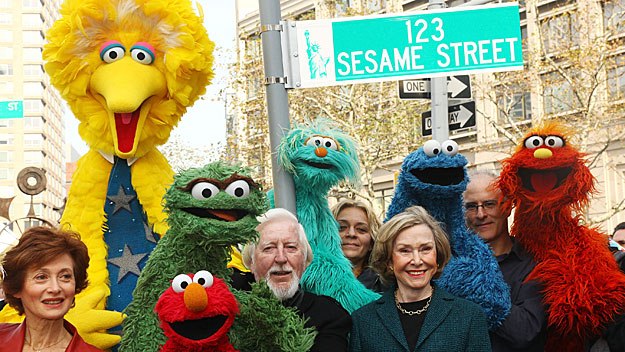 Click here to help us celebrate 50 years of Sesame Street on the ToughPigs forum!