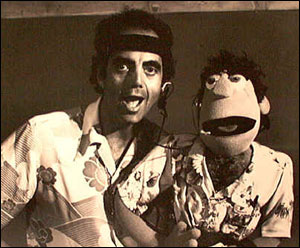 The Palm Springs Desert Sun has reported that film and television director James Frawley has died at the age of 82. Frawley’s place in Muppet history is guaranteed forever as the man who directed the characters in their first-ever feature film, The Muppet Movie. Working with Jim Henson and his collaborators, Frawley made a film that is still viewed as one of the gold standards for a great Muppet production.

Frawley also appears onscreen in the film, as the waiter at the El Sleezo who serves various frog-leg-based dishes, much to Kermit’s chagrin. And it was also Frawley who directed those hilarious camera tests before the movie went into production, so all parties involved could see whether the Muppets looked good on film in real-world settings. Frawley spoke about the movie in various interviews over the years, including this one for USA Today.

Outside of The Muppet Movie, Frawley is probably best known for his work on the Monkees’ TV series. That show was about a lovable, wacky group of characters whose comic adventures are frequently interspersed with catchy musical numbers. Which made him the perfect choice to direct a Muppet movie. He would later direct a ton of additional TV, including episodes of Magnum PI, Law & Order, Smallville, Judging Amy, Grey’s Anatomy, and Private Practice. He had a long and diverse career.

But we’ll always remember him as the guy who directed Kermit, Fozzie, Gonzo, Miss Piggy and the gang making their way to Hollywood. Thanks, James Frawley. 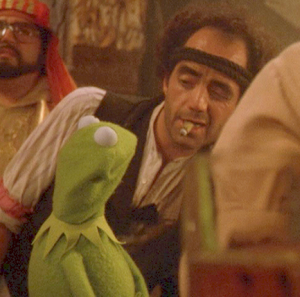