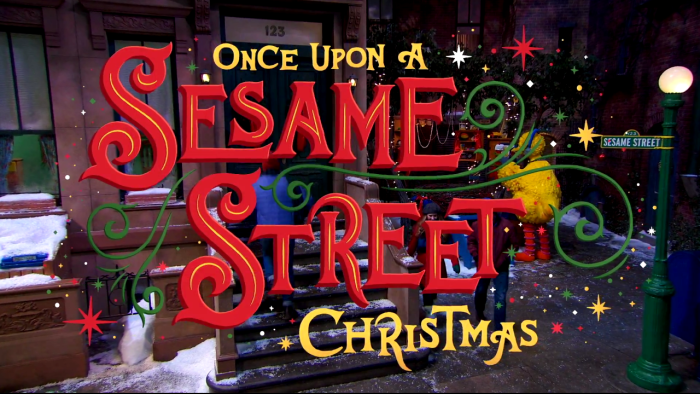 The turkey, cranberry sauce, and stuffing have been made into some epic leftover sandwiches, you finally finished the last slice of pumpkin pie, and you’re already trying to find an excuse to avoid the family next month. It must be time for holiday specials, and you’re in luck, because one of the first ones out of the gate this year happened to be a new seasonal offering from Sesame Street! It’s kind of appropriate that Sesame’s special premiered the day after Thanksgiving, since Sesame Street holiday specials tend to be, well… feast or famine. You could get Bert and Ernie inadvertently reenacting The Gift of the Magi, or you could get Henry Fonda interrupting a song to complain about wingnuts. You could get Elmo learning that it’s not the actual holiday, but the spirit of Christmas that should be celebrated all year, or you could get… well… whatever the heck Elmo’s Christmas Countdown is. Thankfully, Santa kept the coal and left us a special with warmth, some neat visuals, and a very important message. I would even argue that Once Upon a Sesame Street Christmas is the best Sesame holiday special since Christmas Eve on Sesame Street.

Warning: There are minor spoilers in this stocking… of a review. 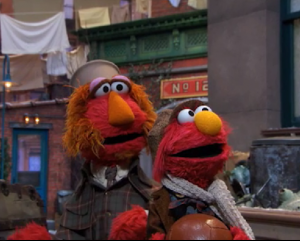 The special is framed around Elmo about to go to sleep on Christmas Eve. He asks his father, Louie (performed by Tyler Bunch), why we leave cookies out for Santa Claus. Louie responds by weaving a tale about how Sesame Street became the friendliest street in the world. Elmo pretty quickly sees through his father’s story, but Louie reminds him that even fictional works can teach us very real lessons. (As we all discovered when we learned the important lesson of how to keep from murdering your toys from The Christmas Toy.)  I saw that as a nice touch, showing that kids can differentiate between fiction and reality, but can still take stuff away from the stories they’re told, even if sometimes Elmo’s questions to his father bring the story to a grinding halt.

In the late 19th century, Elmo’s great-great-great-grandmonster, Elmo (what else?) moves with his father to Sesame Street on Christmas Eve, where he finds that the citizens of the Street so rude, pushy, and downright selfish (It’s so bad that Oscar’s ancestor, Oscar the Malcontent, is the nicest person in town) that Santa Claus never stops there at Christmas. He also loses his toy ball to a girl called “Smudge,” (performed by Leslie Carrara-Rudolph) with a brash New York accent that would make Richard Hunt proud. 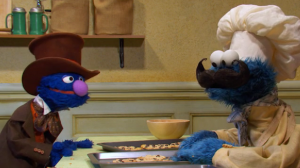 Elmo decides to give his ball to Smudge as a Christmas gift. His act of generosity makes an abandoned storefront magically turn into a holiday-themed curiosity shop staffed by Bella (played by Zosia Mamet) and Holly (performed by Jennifer Barnhart), a magical indicator of holiday cheer, who task Elmo to bring the Christmas spirit back to Sesame Street so that Santa will stop there. Elmo enlists the help of Smudge, along with traveling curio salesman Grover, a newly-migrated Big Bird, and traveling entertainers Ernie and Bert to decorate the street, sing Christmas carols, and discover what holiday cheer really means in order to get Santa (played by Jim Gaffigan) to stop and turn Sesame Street into the beacon of kindness we know and love. As for why we leave cookies out for Santa, well I’ll just say that it involves cookies, so you know a certain monster is going to be heavily involved. 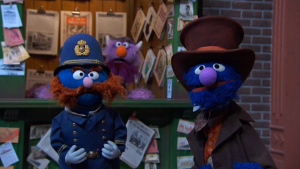 As a Muppet geek, there’s a lot to like in this episode. It’s cool to see a Gilded Age version of a location we all know so well, even if it’s a purely cosmetic change. If you’ve ever wanted to see a pseudo-steampunk version of the most iconic street on television, this is a special for you! I can also appreciate the idea of an “origin story” for Sesame Street (though personally, I always expected more of a road movie with celebrity cameos – so Follow that Bird, but with more running gags about Hare Krishna), though I will admit sometimes the origin stories go a bit over the top, such as Santa giving Cookie Monster the idea for “C is for Cookie.” I also enjoyed seeing late-nineteenth century incarnations of the characters we know and love (I hope you like muttonchops!), even if they do look almost exactly like their descendants (suggesting a lot of inbreeding?). On that note, it was also cool to see more obscure Muppet characters, like Mr. Johnson and the Two-Headed Monster, have larger roles than usual. (Also, keep an eye out, especially when they show the news stand, for some Easter egg appearances of even more obscure characters.) The music, while maybe not as memorable as “True Blue Miracle,” is still toe-tappingly fun, though I will give “Try a Little Kindness” props for sticking in my head when I got up the morning after watching this. 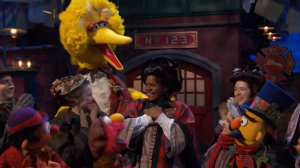 That being said, as good as this special is, there are a couple of missed opportunities. Aside from Bella, there really aren’t any huge parts for the human side of the cast. Audra McDonald, the iconic Broadway performer, shows up for one hot second to sing “Deck the Halls” with the Muppet characters and isn’t seen or heard from again, which is both a good use and a waste of McDonald’s talents. Secondly, the regular human performers, an integral part of the show’s dynamic, only appear in the opening song, and even then, it’s only Alan and Nina. Honestly, Sesame Workshop, how hard is it to incorporate Bob, Susan, Luis, and Gordon into a Christmas special? It’s the time of years for families to come together, and bringing the Sesame Street family together is a surefire way to give kids and parents alike that warm and fuzzy feeling (and an excuse for parents to expose their children to the glory that is “Gimme Five“). But don’t let this steer you away; there truly is a lot to love in this special. Most importantly, what sets this special apart from other Sesame holiday specials is the lesson it provides. The message of the importance of kindness seems incredibly prescient given recent events. Considering that the special originally aired at 7 PM Eastern time, I would hope that parents watched along with their children. This message is as much for them as it is for the young ones. 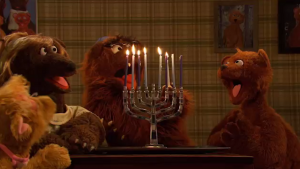 But perhaps the best part is that this special manages to bring back a beloved Sesame tradition: awkwardly interrupting the plot to shoehorn in passing references to Hanukkah and Kwanzaa! (As a Jewish Muppet fan, it’s kind of like being at a concert when the musician mentions how great it is to be in your hometown. It’s a bit forced, but it still feels nice to be noticed. By the way, it’s such a huge honor to be appearing on YOUR WEB-CONNECTED DEVICE in YOUR HOMETOWN!)

All in all, Once Upon a Sesame Street Christmas is a fun, sweet way to kick off the holiday season. Even with the multitudes of holiday projects Sesame has done, this manages to be a fresh take on bringing Yuletide to the Street, and teaches a valuable lesson on how even just being kind to one another can change everything. This also serves as a signal to Muppet fans one and all that it’s time to start breaking out their copies of The Muppet Christmas Carol, Emmet Otter’s Jug-Band Christmas, and that rare bootleg version of A Muppet Family Christmas (you know, the one with all the “we’ll be right back” tags still intact) that have been waiting on their shelves all year. Enjoy the leftover turkey, and let the marathon commence! 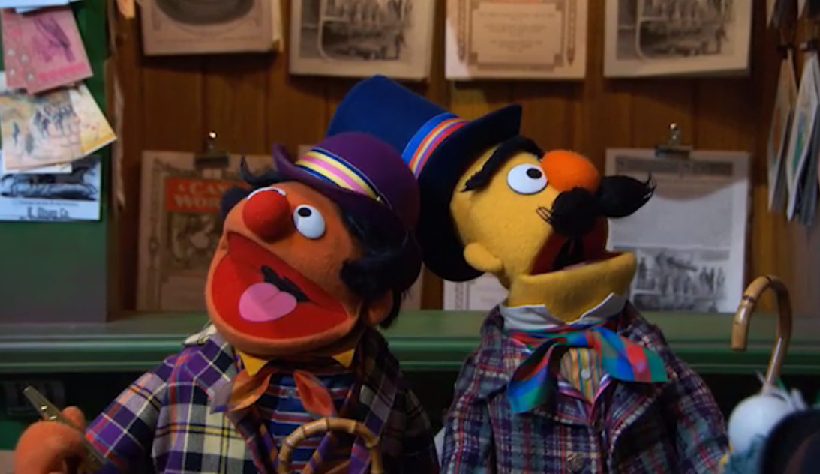 Click here to grow some mutton chops on the ToughPigs forum!