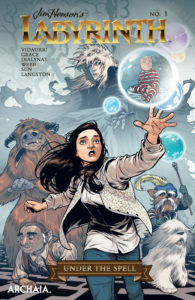 Very often, prequels have a serious issue, which I like to call the Santa Claus is Coming to Town syndrome.

Bear with me – I assure you, this is related to Labyrinth.

See, in the old Rankin-Bass stop-motion film Santa Claus in Coming to Town, every plot point in Santa’s origin story is influenced by a question posed by the kids at the beginning of the film. When the familiar elements are revealed, you hear the kids say, “So THAT’S how he got his red suit!”, or “So THAT’S why he comes down the chimney!”

Too many movie, TV, and comics prequels take that idea to heart – that every plot point needs to be questioned, answered, and called out.  Take Solo, for example. The movie is filled with needless origin explanations, telling us everything from how he got his blaster to why he spouts certain catch phrases in the Star Wars films.  The movie might as well have a Greek chorus of kids shouting, “So THAT’S how he made the Kessel Run in twelve parsecs!” 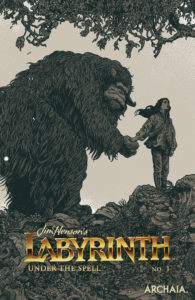 Anyway. The Labyrinth comics from Archaia have been attempting something similar, but with far more success.  Their one-off issues from Free Comic Book Day, the current “Labyrinth: Coronation” miniseries, and their latest offering, “Labyrinth: Under the Spell” (which we’re gonna talk about in a second) all tackle familiar elements from the Labyrinth movie, but at no point do I ever feel like it’s overkill.

So what is it about these Labyrinth prequel comics that don’t fall under the Santa Claus is Coming to Town syndrome?

For starters, they don’t actually ask any questions we’ve been wondering. The comics we’ve seen tell us untold stories about background Goblins, where the stone head of Jareth came from, and what sort of trouble the Wise Man (and his hat) get up to. None of these things impact the movie, and all they do is pepper the franchise and flesh out the characters we already know and love. 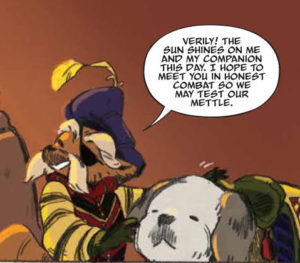 In “Under the Spell”, we get three new stories.  The first answers a question I didn’t even think to ask: How did Sir Didymus come to be the guard at the bridge to the Bog of Eternal Stench?  The answer: He entered a tournament. But the mystery of why anyone would enter a tournament like this fills out a more intriguing story, featuring a tragic character who held the mantle of bridge guard before Didymus. 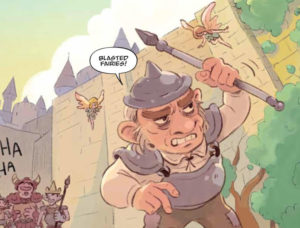 The second story stars Hoggle, and it reveals his role in the Labyrinth (he’s the groundskeeper), what his duties entail, and how he got the gig.  Again, none of this is actually all that important to the original story, but now we know Hoggle a bit better, and he’ll feel like a more fleshed-out character the next time we watch the film.  As an added bonus (and in true Solo fashion), we learn how Hoggle got his vest. It’s a deliberately uninteresting part of his story, and that’s probably for the best.  I mean, it’s just a vest. 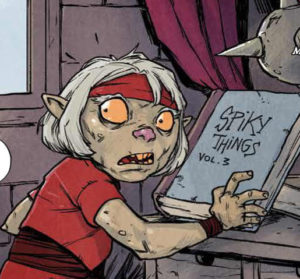 The third story follows a Goblin named “No”, and it’s the only one that doesn’t borrow too much from the movie.  No is a clumsy Goblin with no true purpose until he creates one for himself.  It’s possible that he becomes somehow related to the Junk Lady, but it’s easy to read it as a standalone story that just so happens to take place on the other side of the Labyrinth.

Reading these three stories back-to-back-to-back, I’m pleased to see a variety of origin stories that don’t fit the usual origin model. We’ve got an answer to questions we didn’t think to ask, throwaway explanations for the ones that don’t matter, and stories that take place in a world that just so happens to be around the corner from familiar events.

And that, my fine Goblin friends, is how you avoid the Santa Claus is Coming to Town syndrome. 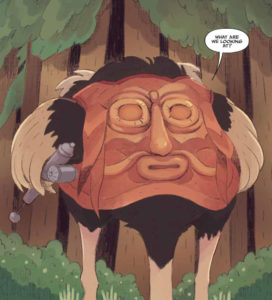 Click here to get a new vest on the ToughPigs forum!