Review: The Muppets’ Fairy Tales from The Brothers Grimm 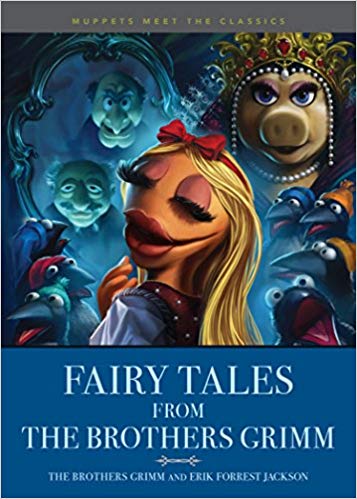 One of the main reasons the Muppets have lasted throughout the decades (apart from their innate huggability) is that their stories are iconic.  We can all related to the desire to put on a show, drive across America, or catch a jewel thief red-handed.  It’s because of this that the Muppets’ antics translate really well into the oldest of old school iconic stories: Grimm’s Fairy Tales. 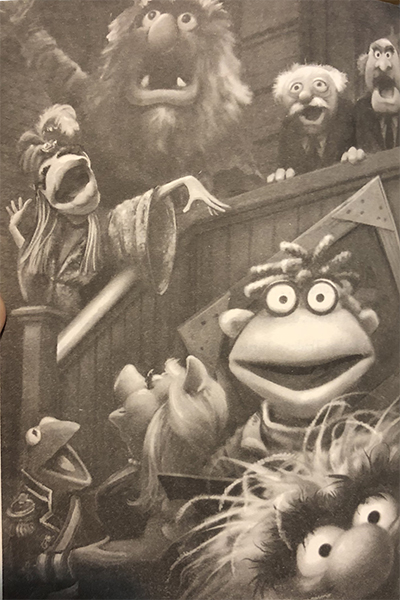 The Muppets Meet the Classics: Fairy Tales from The Brothers Grimm debuted this past fall.  The follow-up to last year’s “Phantom of the Opera” takes a slightly different spin on the whole “Muppets in classic stories” trope.  Instead of adapting one classic novel, the Muppets star in not one, not two, but eighteen fairy tales!

This count doesn’t include the prologue or epilogue, which take place in the Muppet Theater (how awfully clairvoyant the Brothers Grimm would be if that setting was in one of their fairy tales).  This is what sets it apart from the previous book, or even classics like Muppet Christmas Carol and Muppet Treasure Island – the Muppets make it clear that they’re putting on a show for you – the reader – and that all the events you’re about to read about are taking place on the Muppet Theater stage.  This not only creates a de facto bonus episode of The Muppet Show (even if it’s only in your own headcanon), but it expertly explains how the Muppets can play multiple characters throughout the book. 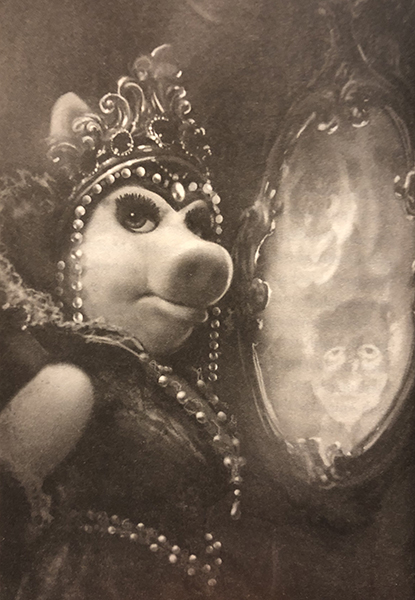 In the previous “Muppets Meet the Classics” book, I admit I got a little tired of the “Phantom of the Opera” story partway through.  Even the mayhem of the Muppets couldn’t reignite my interest in a stodgy old opera house.  “Brothers Grimm” fixes that issue easily, as each story only lasts around 10 pages.  Don’t like this one?  You’ll have a new one soon!  Plus, it offers more opportunities for ridiculous situations and for secondary characters to take the spotlight.

Speaking of secondary characters, this book should start with a link to the characters page on the Muppet Wiki.  It’s obvious that author Erik Forrest Jackson is a huge fan of the Muppets with a strong knowledge of their history, but it’s also obvious that he spent some time searching through the Wiki for names of obscure characters to include as Easter eggs.  Not that I’m complaining – it’s great to see folks like Jacques Roach, Composta Heap, Catgut, Timmy Monster, and Dorothy Bovine get used for the first time in years.  Hopefully a few readers will be inspired to do a little more research on these rarely-seen Muppets.

Since this article is technically a review, I should probably tell you if it’s any good, huh?  Well, it is.  It’s a fun book, with lots of Muppety goodness.  It’s not up to par with, say, an actual episode of The Muppet Show, but I don’t think anyone could possibly expect that.  Instead, it’s a huge step up from Muppet Classic Theater, a special that attempted the same thing but with actual Muppets.  The “Brothers Grimm” book succeeds in capturing that classic Muppet sensibility while not feeling derivative.  Not every joke lands, but that could be said of most Muppet Show episodes too.

All in all, if you’re yearning for those halcyon days when the Muppets could do anything and improve on it just by being themselves, then you’ll truly appreciate reading, owning, and re-reading this “Muppets Meet the Classics” book. 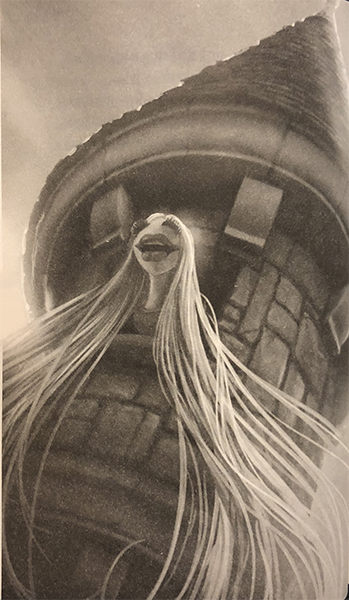 Click here to let your hair down on the ToughPigs forum!

Can You Tell Me How To Get The Complete History Of Sesame Street?

Review: I Am Jim Henson

Review: The Muppets Phantom of the Opera