Everyone (Except Us) Goes Behind the Scenes of Muppets Most Wanted 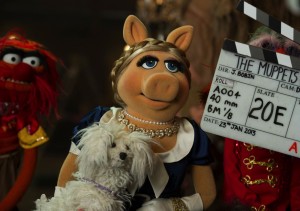 A lot of press got to visit the set of Muppets Most Wanted a while back, and it seems that Disney put a hold on their coverage until a specific date.  That date must’ve been just a few days ago, because all of the journalists and bloggers posted their videos and articles at the same time.

Below is a list of articles about visiting the set, and below that is the video coverage.  Meanwhile, we’ll be over here in the corner sulking that we didn’t get to go to the set.  Harumph.

Click here to fetch coffee for Miss Piggy on the ToughPigs forum!

The Muppets… Again Has a Release Date