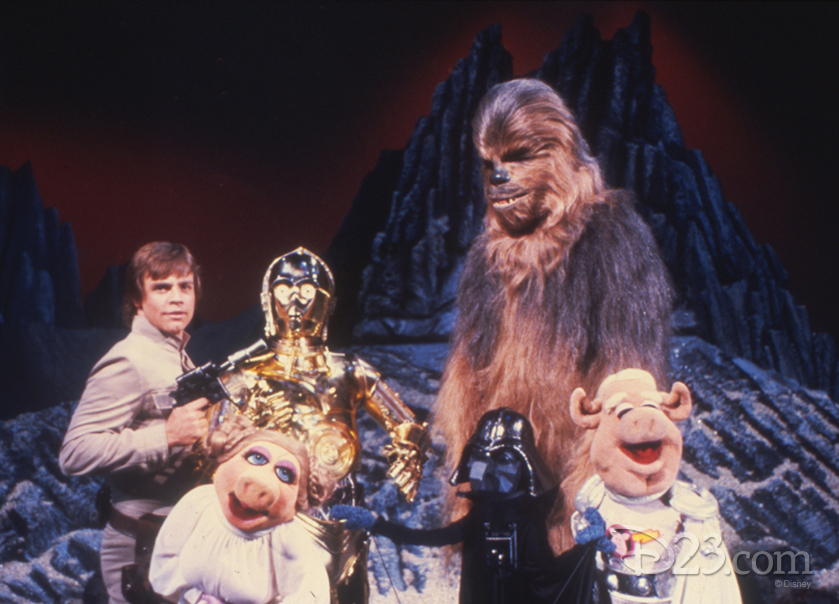 We are saddened to learn that Peter Mayhew, the performer responsible for Chewbacca in the Star Wars films, has passed away.  Aside from his many Star Wars-related accolades, Mayhew was also an unlikely guest on The Muppet Show.

“The stars of Star Wars” appeared as guests in the fourth season of The Muppet Show, including Mark Hamill and Anthony Daniels.  Mayhew appeared in costume as Chewbacca, whose disappearance led to the Muppet theater’s visit by the visitors from a galaxy far, far away.  Chewbacca performed on stage during the closing number, a segment of which you can watch here:

In 2013, Mayhew participated in a Reddit AMA.  When asked about his Muppet Show appearance, this was his response:

I proved that Chewie does indeed have two left feet but I really really loved working with Jim Henson and the Muppets. Jim and Frank Oz always gave directing instructions in their characters of Kermit and Miss Piggy. I was so enthralled with the process that at one point I thought I had missed my calling and wanted to try to be a puppeteer.

We thank Peter Mayhew for his contribution to The Muppet Show, and we’re proud to count him among the classic show’s most honored guests.

Click here to help us remember Peter Mayhew on the ToughPigs forum!