NYC to Get Permanent “Sesame Street” 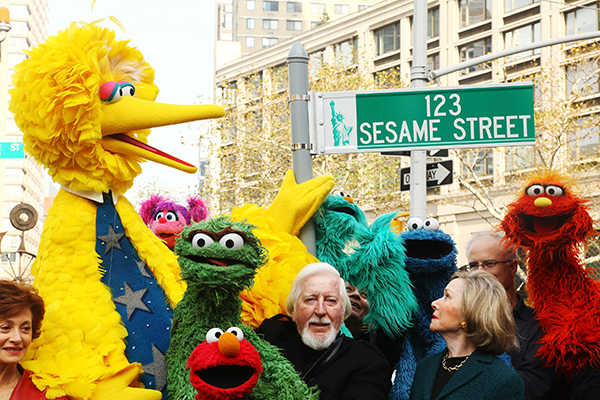 In honor of Sesame Street’s 40th anniversary in 2009, New York City renamed a portion of one of their many, many streets “Sesame Street” (as seen above).  It was great and it was exciting, but it was also sadly temporary.  This time around, it’s gonna stick.

Sesame Workshop has announced that the intersection of West 63rd Street and Broadway will be permanently renamed “Sesame Street”.  (Coincidentally, that’s also where the Sesame Workshop offices are.) What a great way for the city to celebrate the show’s 50th anniversary!

There will be an official naming on May 1st at 10:00am at 63rd and Broadway, according to the Facebook event page.  It will be open to the public, although there are no details yet as to what the event may entail.

Stay tuned for photos and more info on the street naming soon!

Click here to finally know how to get to Sesame Street on the ToughPigs forum!