You know that “Evil Kermit” meme that spread across the internet a while back? It’s the one that takes a shot of Kermit and Constantine from Muppets Most Wanted and does something like this with it: 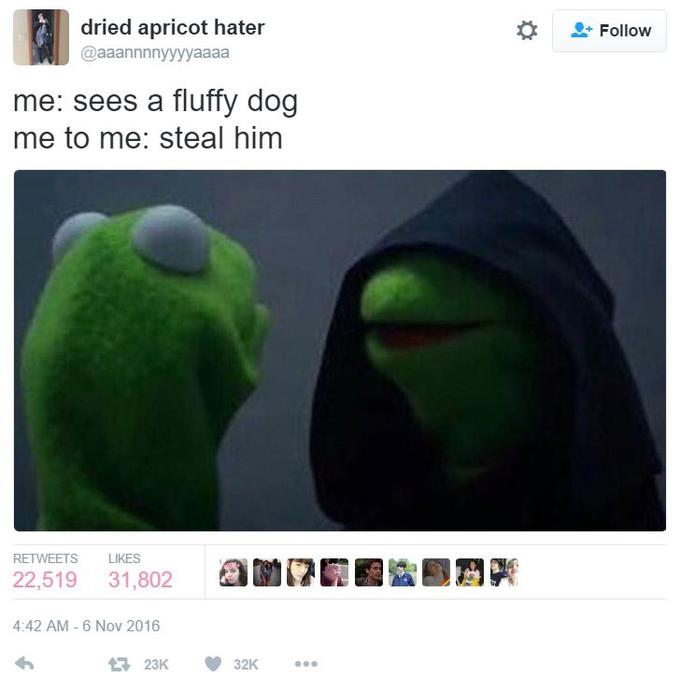 For whatever reason, people who don’t normally think much about the Muppets were tickled by the idea of Kermit the Frog’s immoral double representing the sinister side of human nature. Thus, I’m about 98% certain that the meme is the reason for a San Diego Comic Con exclusive recently announced by UCC Distributing, and reported by the SDCC Unofficial Blog: It’s a 12″ plush Constantine! 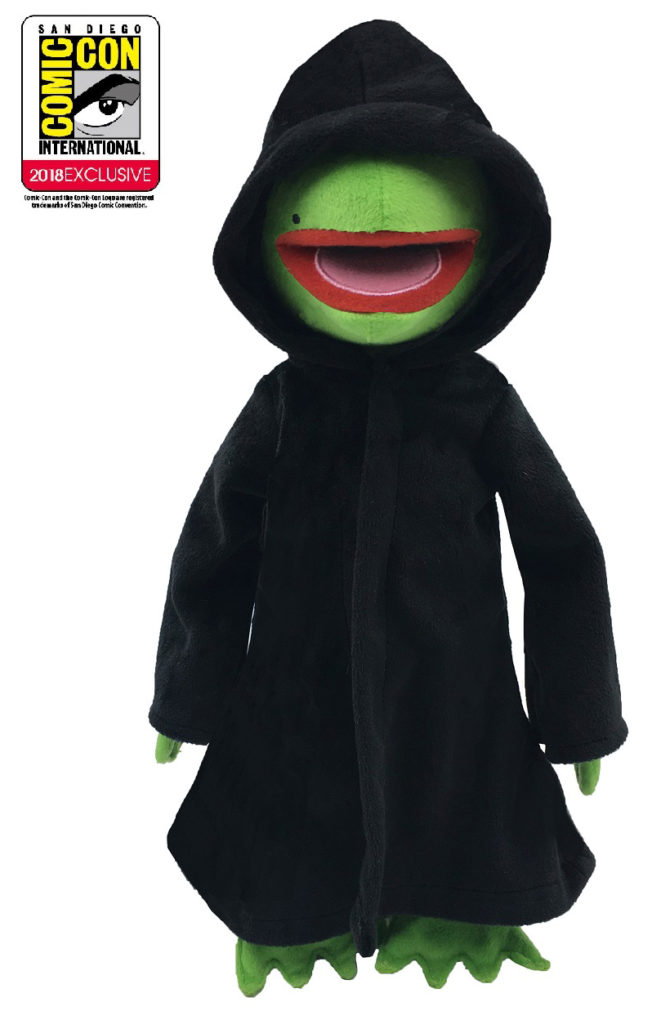 Here’s the description provided by the SDCC blog… I’m not sure if this was written by them or the official UCC Distributing people:

SDCC 2018 The Muppets Dark Kermit (Constantine) 12” Plushie ($24.99): This Doppelgänger of Kermit the Frog may look like our adorable friend, but don’t be fooled – he really is the world’s most notorious criminal! He is featured in an all-black robe that may remind you of our friends from a galaxy far far away. Fans have been waiting for a Dark Kermit (Constantine) collectible and we are excited that the wait is finally over. Limited to 2,000 pieces.

Okay, first of all: “Dark Kermit (Constantine)?” His name is Constantine! He’s his own frog! Why not “Constantine (Dark Kermit)?” And anyway, the meme isn’t called “Dark Kermit,” it’s called “Evil Kermit.” Were the Disney people nervous about a product that associates Kermit with evil?

(I have very strong feelings about this evil frog.)

These will be sold exclusively at Comic Con in San Diego, and as you may have noticed in the description, there’s a limit of “two per item per person each day,” and this item is limited to 2,000 pieces. Which means you and I will never have one of these. But hey, let’s focus on the positive: They’re making a new Muppet plush, and it’s a relatively obscure character! That’s cool!

Hey, you know who I want a plush of? Doglion. How can we turn him into a popular internet meme so they sell a doll of him at next year’s SDCC?

Thanks to Tough Pigs pal Eric for the alert! Click here to steal a dog on the Tough Pigs forum!