The Case of the Sesame Street Mystery Box 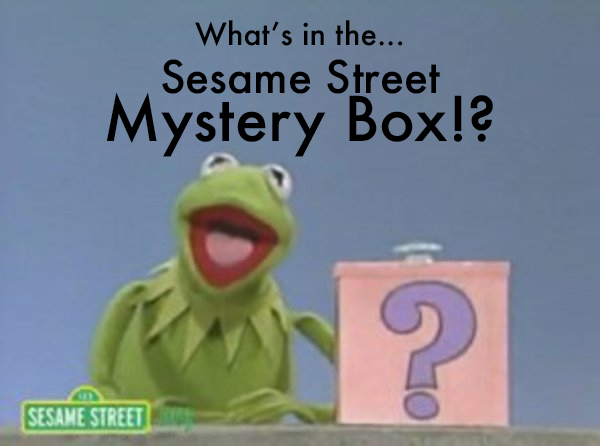 A few years ago, I came across something remarkable.  So remarkable, in fact, that I felt it necessary to chronicle my experience in a ToughPigs article.  I am 100% sure everyone who reads this site or has an appreciation in Sesame Street history will feel some feelings by the end.

My tale begins at the Sesame Workshop office.  I was given the opportunity to look through these boxes, which I was told held some props from Sesame Street and had not been looked through in several years.  More accurately, these were Mystery Boxes.  *cue suspenseful music* 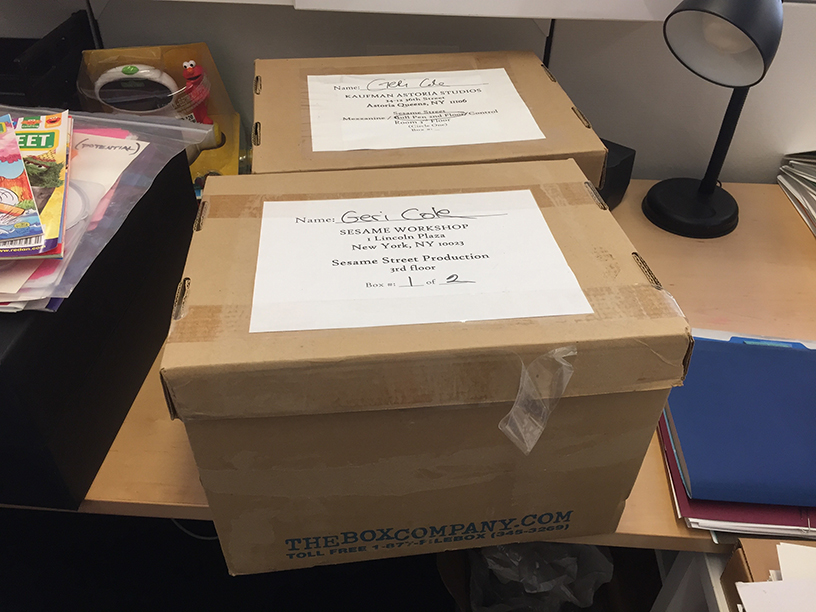 There was no rhyme or reason to what was held in these boxes.  They could contain just about anything. 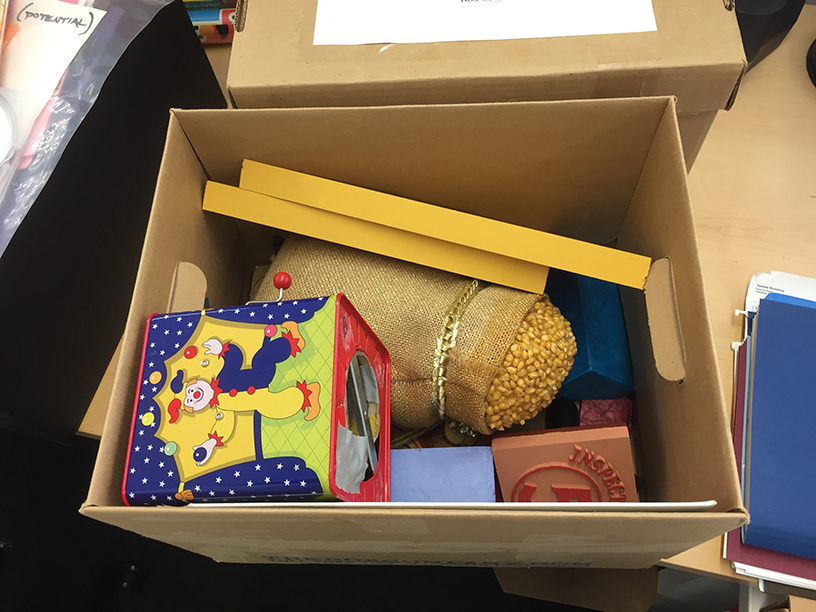 For example!  Two triangles, quite possibly from Telly Monster’s own collection. 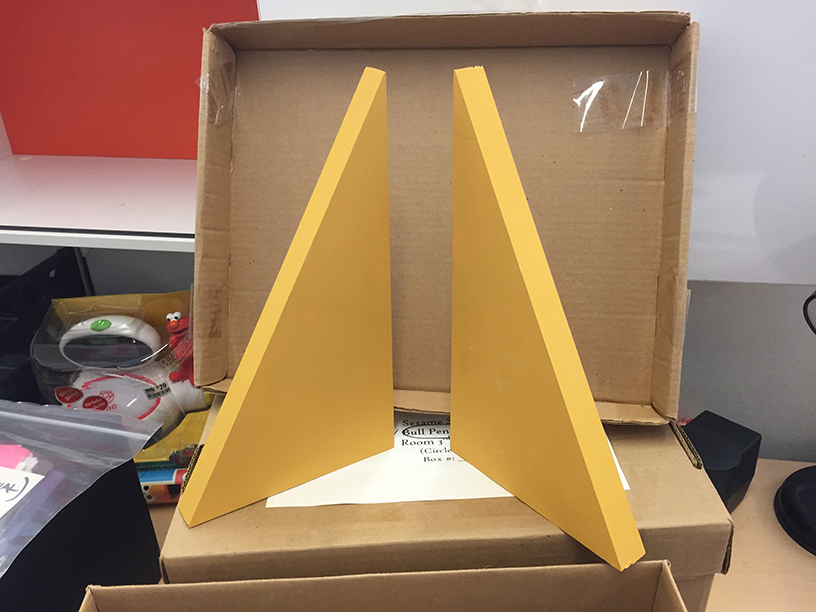 Or this bag of corn, which is much lighter than it looks (as most of these props are, to help the puppeteers from carrying too much weight on their already-strained arms).

Here, you’ll find a stamp that says “Inspected by 5”, which would actually appear backward if used.  Think about that, folks. 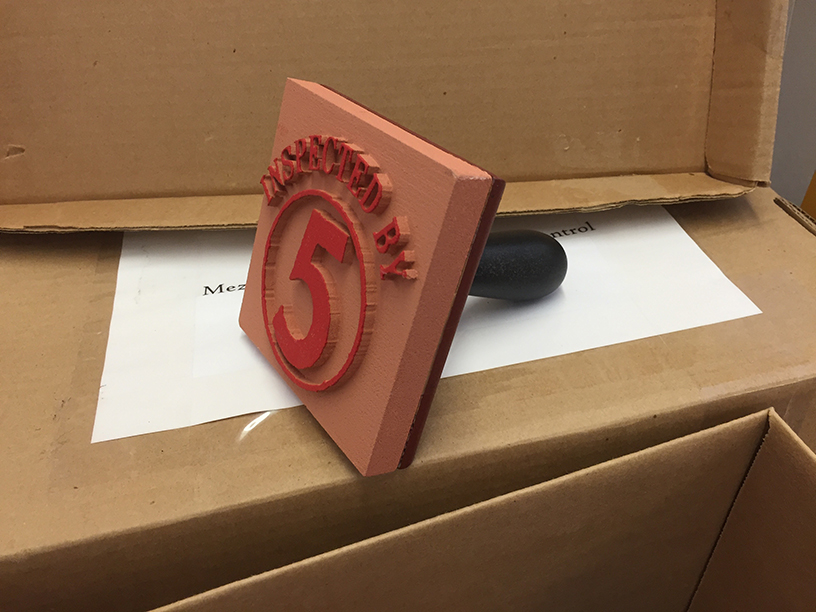 Let’s see what happens when we turn the crank… 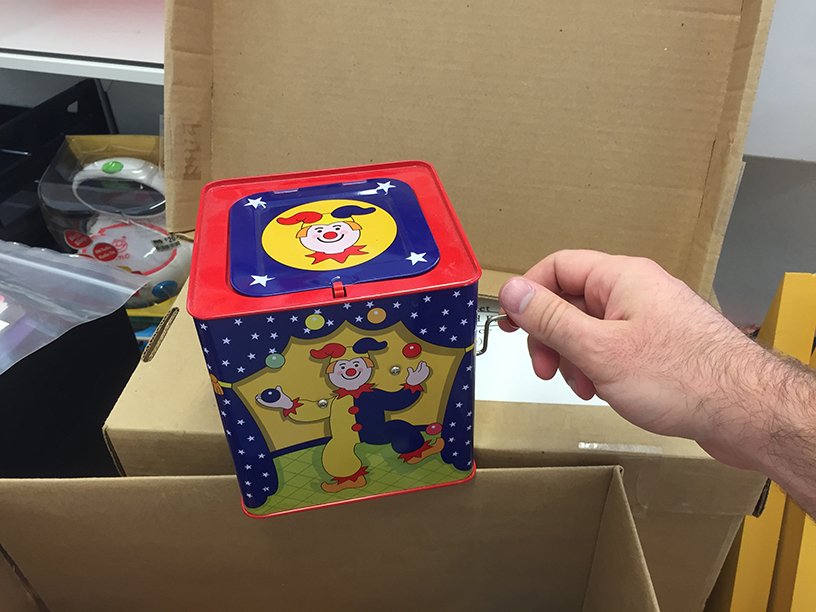 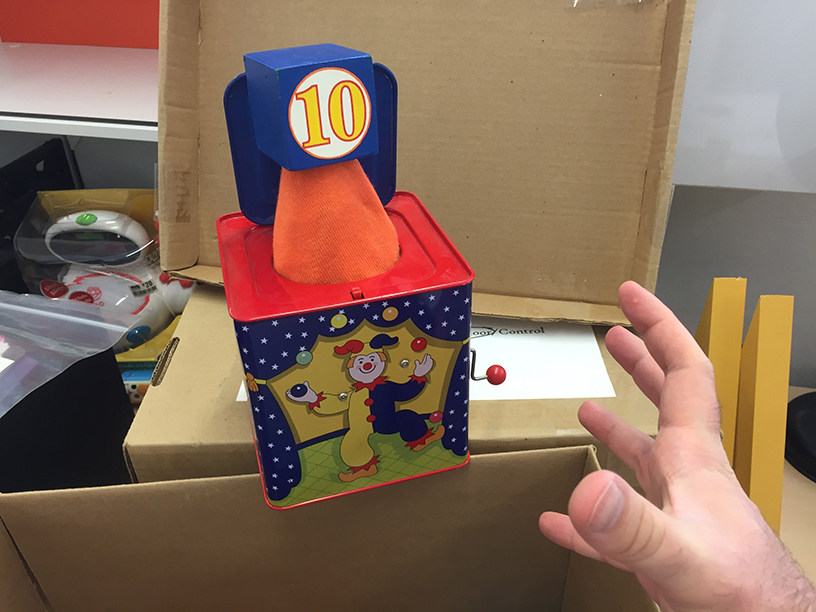 I’m sure some eagle-eyed Sesame fan knows exactly which episode features an apple pie with a pair of glasses baked into it.  If not, it’s very likely I accidentally ended up with someone’s lunch. 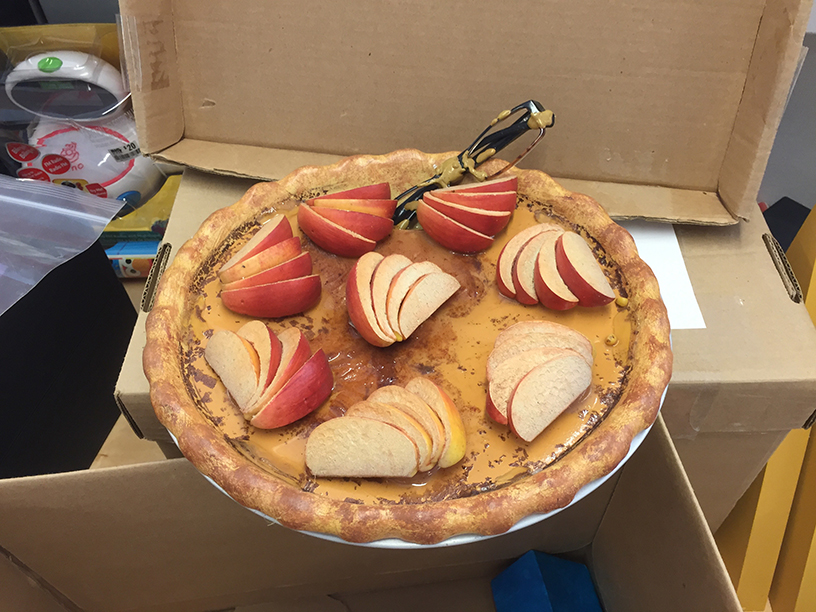 Below are a set of Slimey’s books, as seen in the old “Trash Gordon” sketches.  They are all so tiny, but also completely blank.

And there you have it.  That’s the end of the mystery box.  Nothing left inside. 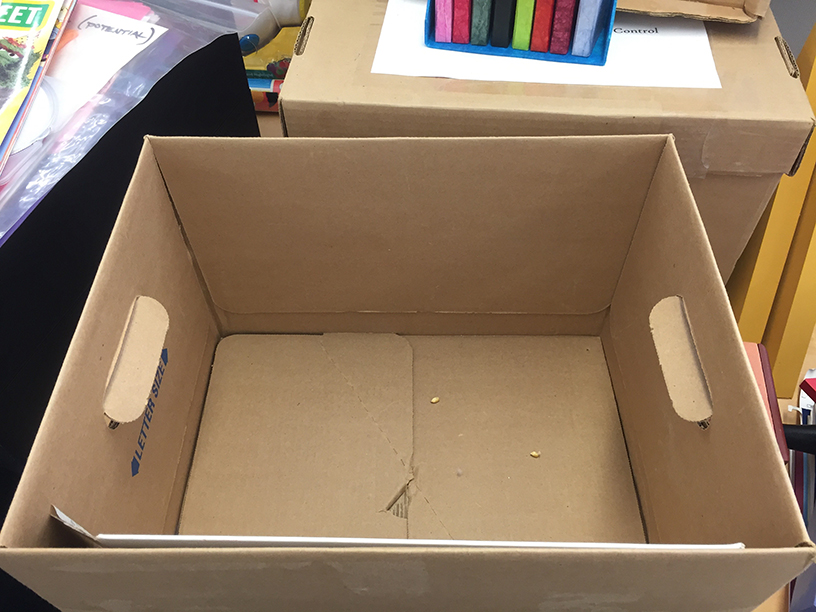 Oh!  There’s an envelope inside!  I almost missed it because it was pressed up against the side. 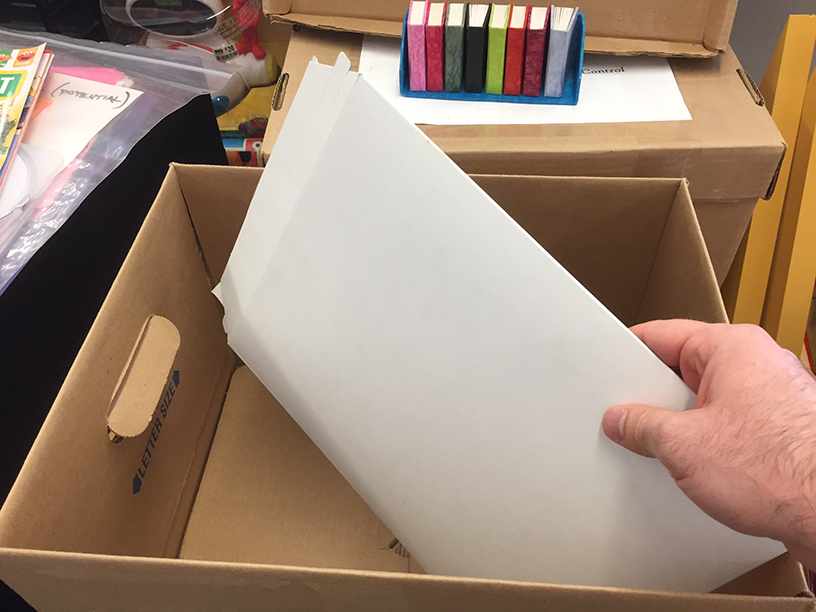 What sort of secrets could it hold?  Nothing important, I imagine.  Probably an old invoice, or a list of the items in the box.  More likely, it’s empty. 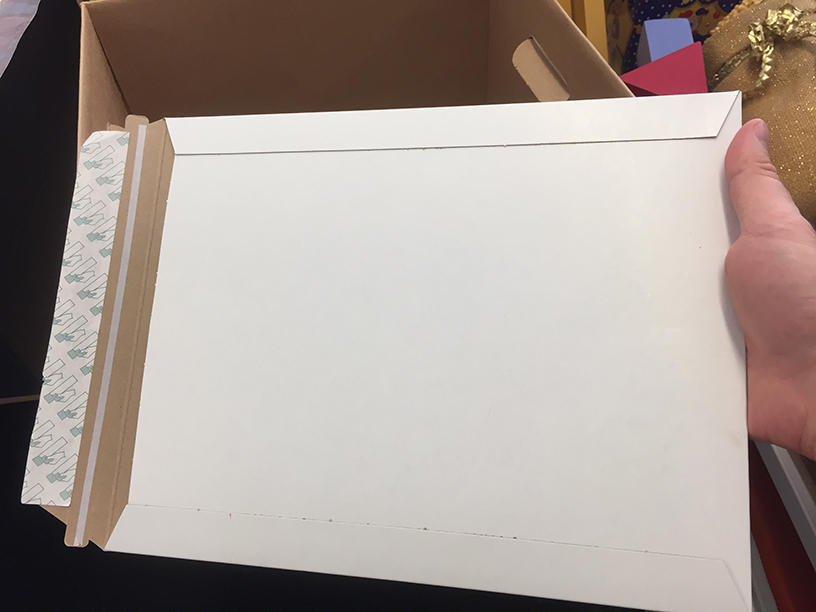 There’s only one way to find out.  Let’s open it up and find out what could possibly be inside!  Hmm… some sort of drawing? 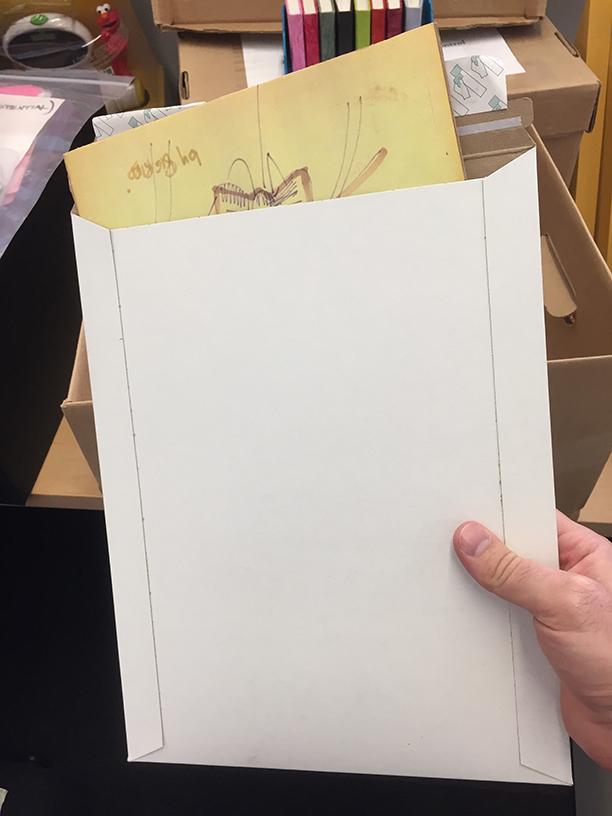 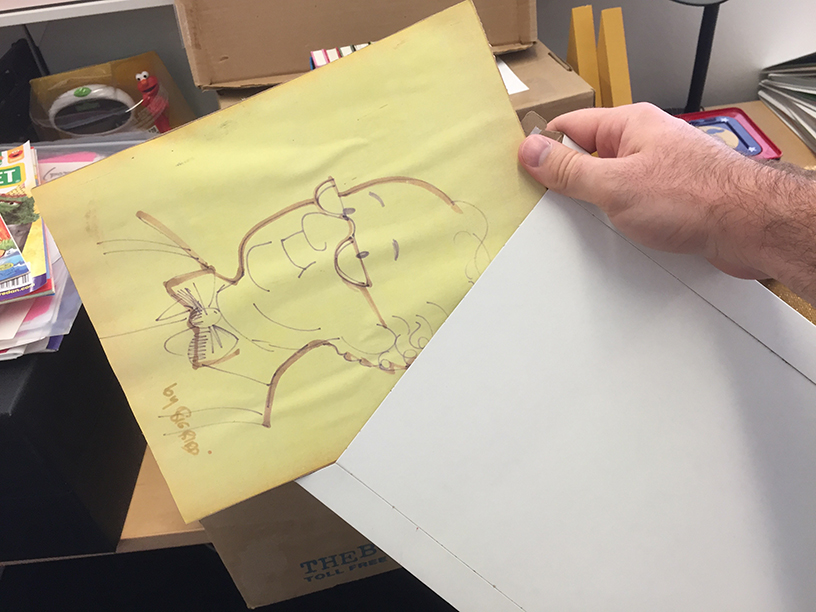 Your eyes are not deceiving you.  This is Caroll Spinney’s original sketch of Mr. Hooper, as seen in the famous “Goodbye, Mr. Hooper” episode. 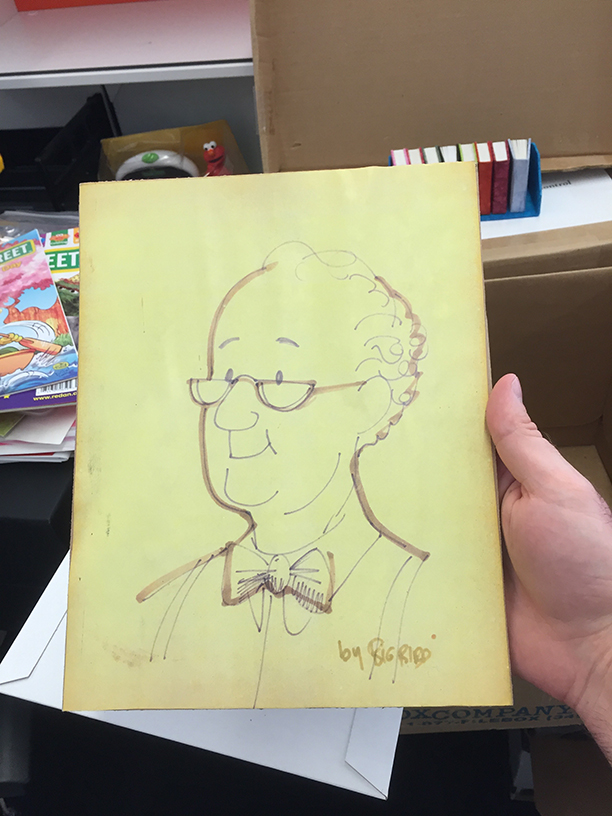 It’s hard to tell from the above photo, but I could see Caroll’s original pen marks pressed into the paper, which were then drawn over with marker.  At some point, it seems that someone used an adhesive spray to stick it onto a piece of cardboard, which is why it looks slightly warped.  And the hot studio lights have yellowed the paper a bit.  But there’s no question about it, this is the real deal.

I admit, there was a moment as I held this in my hands when I realized that no one knew I had this in my possession.  I could easily tuck it away and take it home and no one would be the wiser.  But the tiny Indiana Jones on my shoulder was whispering in my ear, “It belongs in a museum…“, so I did was any responsible fan would do and I made sure it would be preserved and taken care of.

I handed the drawing off to Sesame Workshop’s Archives Department, where it was handled with the white glove treatment, scanned for posterity, and entered into the rotation for future museum exhibitions.  And that’s where it belongs, as what might arguably be considered the most important prop from Sesame Street‘s most important episode.

All in all, it was an honor to uncover such a gem.  I don’t know how it found its way into this box or what would’ve happened if I never looked in that envelope.  But rest assured, Sesame Street’s history is preserved, and The Case of the Mystery Box has been solved. 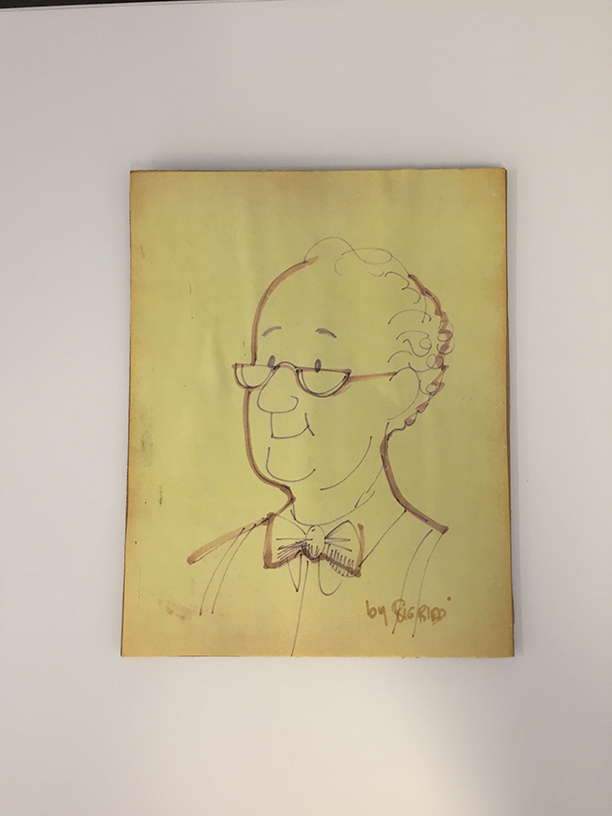 Click here to be inspected by 5 on the ToughPigs forum!