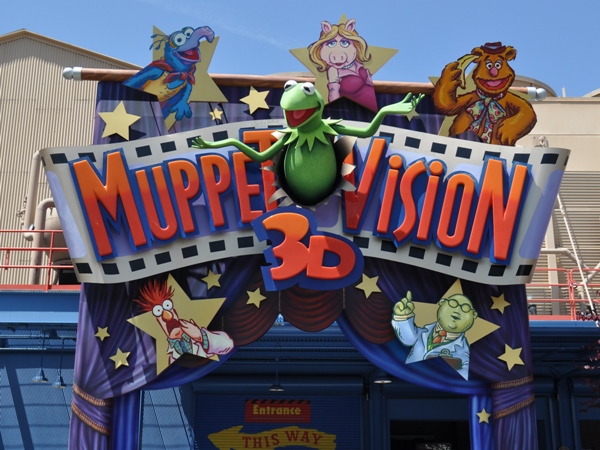 After the holiday decorations come down and 2016 arrives, a massive overhaul is scheduled to begin in earnest at Disney’s Hollywood Studios at Walt Disney World. Following the announcements of both Toy Story Land and a land themed to the world of Star Wars at the D23 Expo this past August, fans have tried to analyze every scrap of information that’s become available to determine the full scope of this project. Unlike their counterparts at the Disneyland Resort (which is getting a Star Wars-themed expansion of their own), there’s been no official announcement of what’s scheduled to be removed, moved, or repurposed in order to make way for these new expansions.

One frequent target of speculation has been an attraction near and dear to the hearts of Muppet fans: Jim Henson’s Muppet*Vision 3D. Its close proximity to the park’s already standing Star Wars attraction, Star Tours, has given rise to plenty of debate as to whether or not Muppet*Vision will fall under the axe to make way for more Wookiees, droids, and the First Order. I’ve seen potential plans that have had Muppet*Vision removed, and I’ve seen potential plans where Kermit and the gang live to show off cheap 3D effects another day. In the spirit of getting into the mindset of the Disney theme park executives who actually get paid to make decisions like these, I’ve come up with arguments both for removing and for sparing the attraction and I’d like to share them with you. 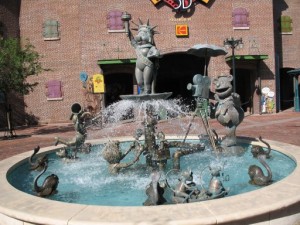 When building an expansion on this scale, land is going to be at a premium, and the fact that Muppet*Vision is right behind Star Tours makes this a very desirable spot for something new and Star Wars-y. When it comes to building a completely immersive environment, which Disney is almost definitely planning to do with Star Wars, they won’t want anyone to be able to see any other attractions from other franchises (despite the fact that we’ve already proven that the Muppets and Star Wars co-exist in the same universe). The easiest way to do that is by mothballing the competition. 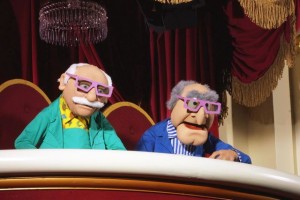 With the recent closures of attractions like the Studio Backlot Tour and The Magic of Disney Animation, Muppet*Vision 3D has become one of the oldest standing attractions at Disney’s Hollywood Studios. Only The Great Movie Ride, The Indiana Jones Epic Stunt Spectacular!, and the Honey I Shrunk the Kids Movie Set Adventure are older than Muppet*Vision, and the latter two attractions have also been speculated as going bye-bye. As of 2016, Muppet*Vision 3D will mark 25 years at Disney’s Hollywood Studios, and for a non-Magic Kingdom attraction, that’s a very long run. As much as I hate to say it, Muppet*Vision has had a great run, and maybe it’s time to send it off to pasture. 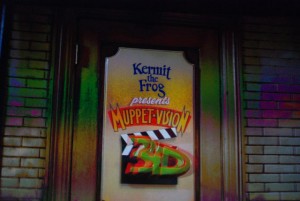 The simple fact of the matter is now that 3D has invaded movie theaters, televisions, and the Game Boys the kids are so fond of these days, the novelty of seeing a 3D movie has faded amongst theme park attendees. Sure, Disney’s 3D attractions provide a more immersive environment than your average summer blockbuster, but 3D alone isn’t enough to get people in the seats anymore. Yes, we get it, it looks like that pie is really coming at our faces.  Unless we get a free slice, just keep moving. 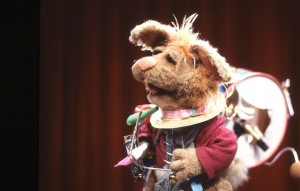 The sad truth of the matter is that even with a new prime-time sitcom and expanded web content, the popularity of the Muppets just isn’t what it was back in 1991. Now that we seem to be experiencing a renaissance in family entertainment, the Muppets can get lost in the shuffle sometimes. And with a more adult-oriented show, kids may not be inclined to want to see characters they don’t watch on a weekly basis in a 3D attraction. Not being able to win kids over could be dangerous for a Disney attraction.

I know I’ve painted a bleak picture, but the good news is that that may not necessarily happen. There are even more arguments to be made for… 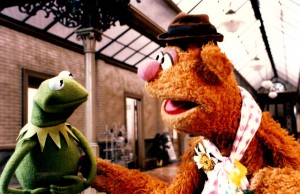 While Star Wars will become a massive part of Hollywood Studios, it will not completely overtake the park. Something might have to act as a buffer between Toy Story Land (which is rumored to take over the footprint of the Studio Backlot Tour) and the world of Star Wars, and Muppet*Vision fits the bill perfectly, with fans that span from more adult-oriented sci-fi to the cartoons for the kiddies. People will need to have a break between the expansive and immersive environments of Buzz Lightyear and Luke Skywalker, so why not Kermit the Frog? 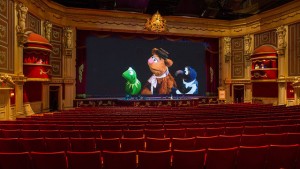 Unofficially, the capacity at Hollywood Studios’ Muppet*Vision is 584 people, with a new show approximately every fifteen minutes. That means that it can entertain over 2,000 people every hour. That’s comparable to Star Tours, who can hold 40 people in 4 vehicles every four and a half minutes. (That’s what I call using the Fours! Wocka wocka!) With crowds expected to surge with new additions in the park, Muppet*Vision may be just the thing to keep the traffic flow a little lighter.  And to offer a little free air conditioning on those hot Orlando days. 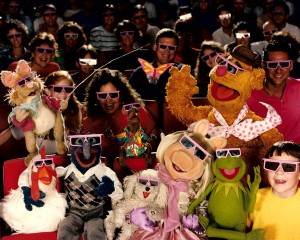 Disney, as you may know, really likes to use corporate synergy, where one branch of the company promotes another. And with a new primetime show like The Muppets, ABC will want to get the brand out there to entice people to watch the show. What could be better publicity for The Muppets than to show the Muppets at a Disney park? And the best part is that it’s already there. All they have to do is keep it open. 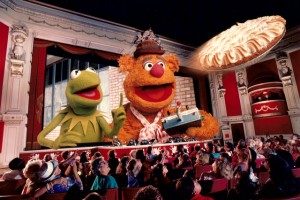 I may have exaggerated before. While the Muppets may not have the same clout with the public that they did in 1991, we are in the midst of a Muppet resurgence. In the last five years, we’ve had two movies, a prime-time sitcom, and countless viral videos and media appearances to keep Kermit and the gang in the public eye. In those five years, I’ve seen practically empty showings of Muppet*Vision swell to nearly full ones. People will wait just to see the complete preshow video. The attraction is more popular now than it has been in a long time. 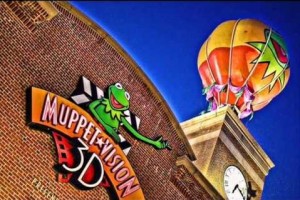 With two expansions being built at once, a lot of Hollywood Studios will have to close, but the park itself won’t. No Disney park has been closed for an extended period of time for refurbishment, and it doesn’t look like Disney’s going to change that anytime soon. With so much already closed, there may not be much to entertain the crowds. There are only so many times the human stomach can handle Rock ‘n Roller Coaster and The Twilight Zone Tower of Terror in a given day. Muppet*Vision can give people who don’t like thrill rides (and people who like thrill rides but need a break) something to enjoy. 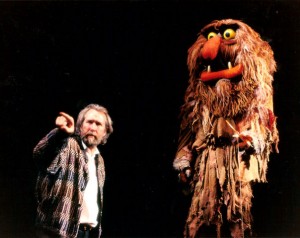 With the inclusion of his name each week in the opening titles of The Muppets and inducting him as a Disney Legend, it seems Disney is finally celebrating Jim Henson and once again giving him the credit for the characters that made him a household name. If they want to honor him further, they should let one of the last projects he worked on continue to entertain audiences for many more years to come. I can’t think of a better tribute than that. 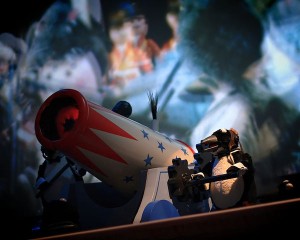 With all the new experiences Disney has already announced to go into Hollywood Studios with these expansions, the costs will add up pretty quickly. I could see this easily going into the billion dollar range. Combined with Pandora: The World of Avatar at Disney’s Animal Kingdom, Frozen Ever After at Epcot, and the transformation of Downtown Disney into Disney Springs, there are literal tons of money being pumped into Walt Disney World right now, and if Disney wants to save a little money somewhere, it’s always cheaper to keep an existing attraction open than to tear it down and build a new one. And with Disney Imagineers being spread between expansions, refurbishments, and new attractions around the world, keeping Muppet*Vision may save a little money for something new (and possibly even Muppet-related) down the pike.

As we draw ever nearer to having shovels in the ground, we should soon have a clearer picture on what Muppet*Vision 3D’s future at Walt Disney World will be. And if you do happen to be visiting Disney’s Hollywood Studios anytime soon, I implore you to see Muppet*Vision on your trip. If it’s closing, it’s a good way to say goodbye, and if it’s staying open, it’s a great way to show Disney that the fans still care enough to keep going back. After all, we wouldn’t want to put Bean Bunny and Waldo C. Graphic out of a job completely, now would we? 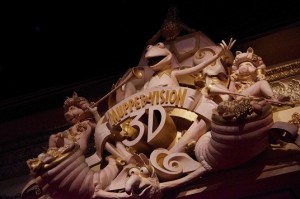 Click here to see the 3D a-poppin’ in your face on the ToughPigs forum!