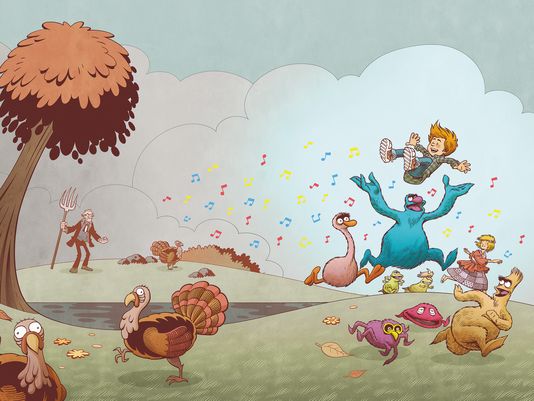 A few weeks ago, we brought you the news that Archaia is publishing a graphic novel based on Jim Henson and Jerry Juhl’s script for “The Musical Monsters of Turkey Hollow” (not “Magical Monsters”, as it was originally, mistakenly announced), featuring artwork by the great Roger Langridge.  Now the project has been officially announced via USA Today, and we’ve got even more info!

The USA Today article contains, among many other things, more details on the story:

The story takes place in the New England haven of Turkey Hollow, N.H., during Thanksgiving 1968. There are a few thousand turkeys running around but only 27 residents of the human sort — the mayor of the town, Grover Cowley, also maintains gigs as shopkeeper, sheriff, postmaster, city treasurer and auto mechanic.

What he and the rest of the town don’t know, however, is that an egg carrying seven furry and toothy aliens crash-landed near Turkey Hollow centuries before, with each boasting the ability to create a different musical sound. They make their presence known after being attracted to the song stylings of young Timmy Henderson, who finds a strange accompaniment coming from these creatures one day while practicing his guitar by a brook.

Timmy and the aliens become fast friends, but farmer Eldridge Stump is not a fan. He sees his chance to finally wrest land from Timmy’s Aunt Clytemnestra by blaming the youngster and these strange extra-terrestrials when all of the town’s turkeys go missing right before Turkey Day.

We also get our first look at Langridge’s artwork.  There’s what looks like the wraparound cover above (art not final), a few onomatopoetic monster character sketches below, and then a few pages from the book in the embedded viewer below that. 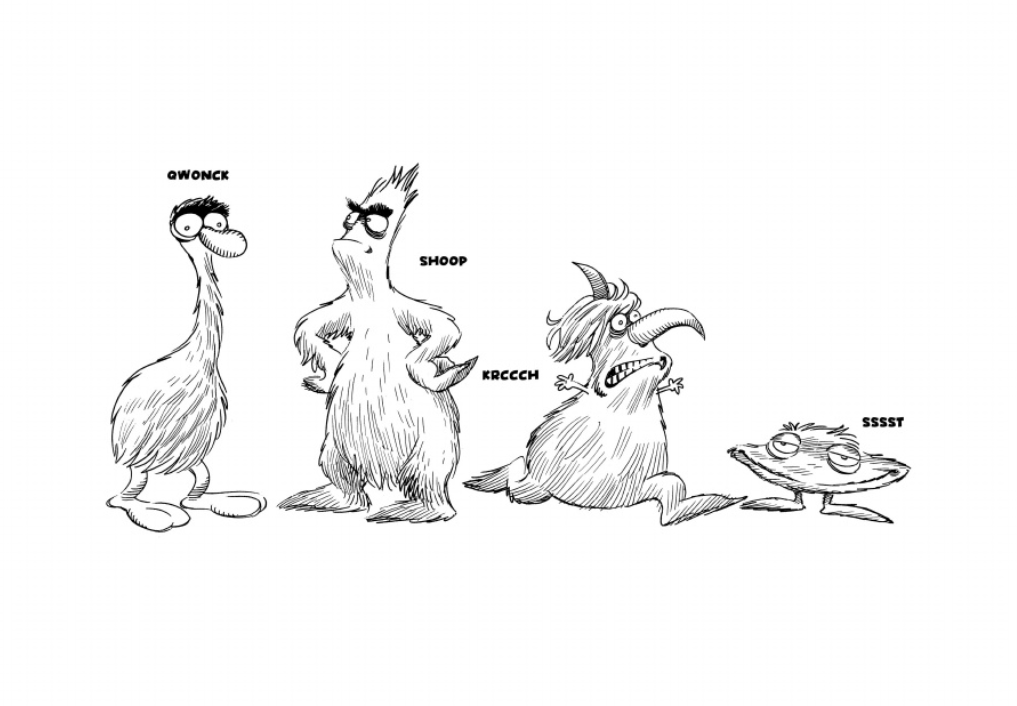 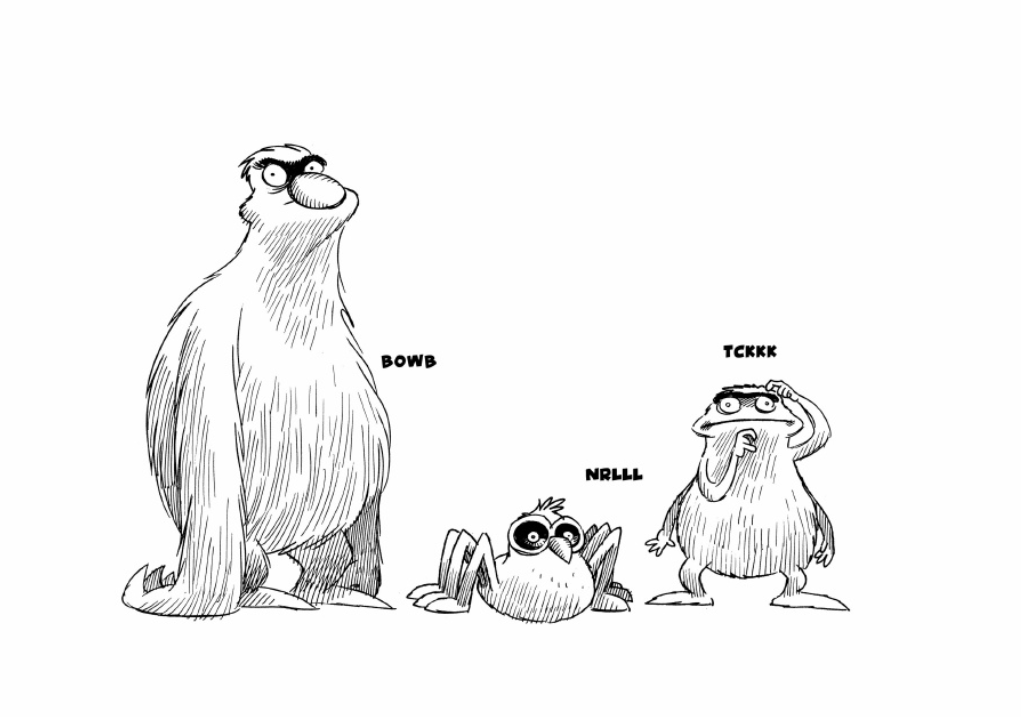 The Musical Monsters of Turkey Hollow will be in stores this October!

Click here to read a musical comic book on the ToughPigs forum!