If you saw this article yesterday (or if you were at Walt Disney World recently), you may have seen a very blank-looking Muppet*Vision building.  Well, some changes don’t take as long as others (we’re looking at you, Star Wars Land), and now we know how the classic Muppet attraction will look: 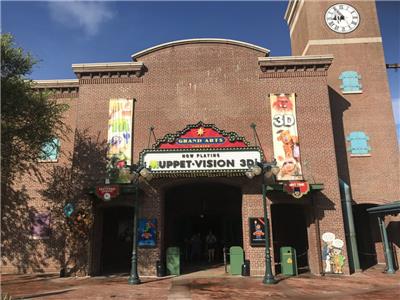 And here’s a better look at the marquee, taken just before it was installed: 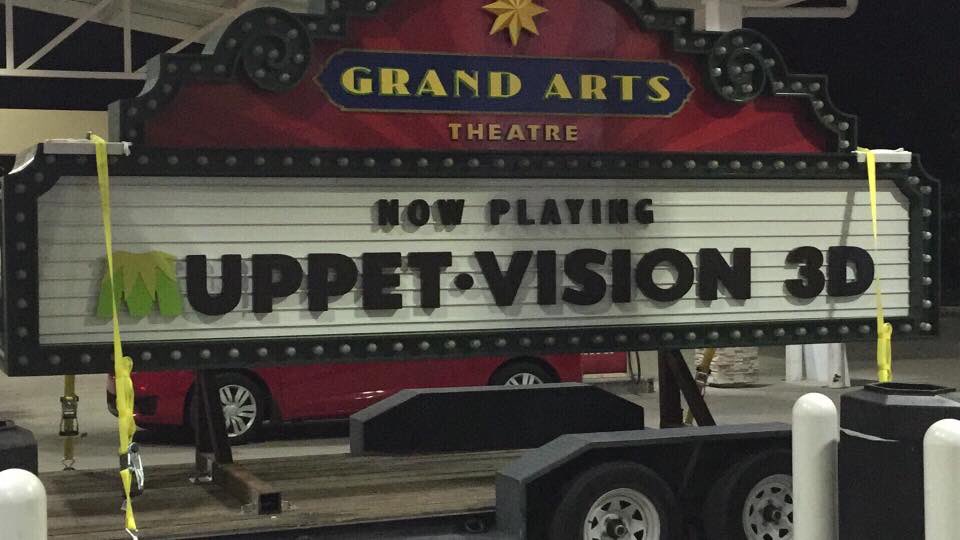 I’m not sure what the “Grand Arts Theater” is, but a quick Google search tells me that it may be a reference to an old Hollywood theater that no longer exists.

Speaking of “no longer exists”, there’s an important missing element to the new marquee.  The show is no longer “Jim Henson’s Muppet*Vision 3D”, but just “Muppet*Vision 3D”.  We have no idea if Jim’s name is being taken off of all the signage, schedules, and online materials, but it would be a damn shame if it’s removed everywhere.

And I guess those banners are sticking around?  Great.  Kids love stock photography on sun-faded fabric.

Not to be even more pessimistic, but the biggest bummer is how replaceable the marquee is.  Take those banners down and replace the letters, and Disney can put anything in that space.  Hopefully that’s just paranoia talking, and not what they have in mind.  Right?  Right????

In any case, it’s great that Disney invested some money in this attraction.  At the very least, it means it’s sticking around for a while longer.  And best case scenario, there’s more coming to update the Muppets Courtyard! 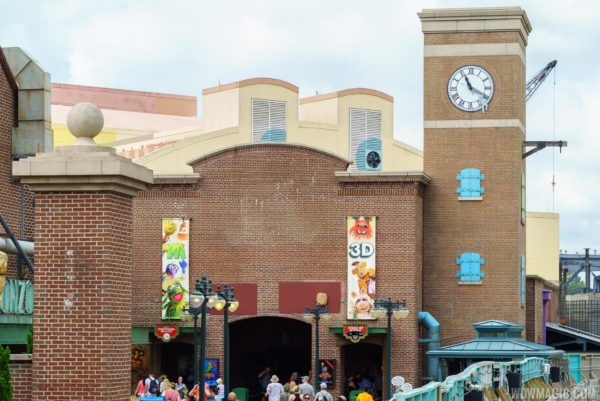 Walt Disney World’s Muppet Courtyard is a sad-looking Muppet mecca these days.  The fountain is temporarily been converted into a planter, the hot air balloon has been removed, and PizzeRizzo is not all we hoped it would be.  Basically, it’s long overdue for a rehaul.

And it looks like parts of the Courtyard are getting the rehaul in question!  Above, you’ll see the current look of Muppet*Vision 3D.  Okay, it looks kind of terrible, and those signs are pathetic.  But!  It’s temporary, as the facade is being updated.  So although it’s not quite as exciting as a new attraction, at least the area will look prettier.

We’ll let you all know once we catch a glimpse of Muppet*Vision’s new look!

Click here to walk right past a building with a couple barely-noticeable banners on the ToughPigs forum!