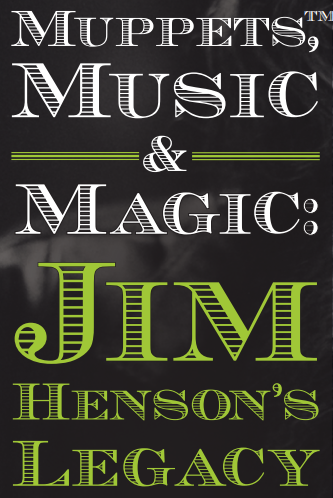 Do you live in or near Portland, Oregon? Of course you do!  So I have some good news for you: Muppets, Music and Magic, is on its way to your neck of the woods.

From August 10 through 14, the Hollywood Theatre will be showing several of the compilations originally commissioned by the Jim Henson Legacy and the Brooklyn Academy of Music. Here’s the schedule, straight from the theater’s press release:

Muppet History 101
8/10
An in depth course in the origins of the Muppets featuring the rare pilot The Muppets: Sex & Violence.

Jim Henson Commercials+Experiments
8/11
A collection of experimental shorts, crazy commercials, and other rarities from the Henson vault including the legendary commercial and industrial film for Wilson’s Meat.

Sesame Street at 40
8/11 + 8/12
a best of compilation spanning 40 years and features the Muppets palling around with celebrities and special guests such as Michelle Obama.

Muppet Fairy Tales
8/12
Classic stories retold through the eyes of the Muppets.

Muppet Music Moments
8/13
A collection of some of the classic musical numbers interpreted as only the Muppets can including the classic “Mah Nà Mah Nà.

If you’re in Portland and you only see one of these shows, I’d recommend “Jim Henson + Friends: Inside the Sesame Street Vault,” which has some clips from pretty obscure productions that you can’t see anywhere else.  If you only see two of these shows, I’d also recommend “Commercials + Experiments.” But what I’d really recommend is that you see all of them.  There’s nothing quite like laughing at Muppets in a crowded room full of fans.

Fraggles to Geek Out at Dragon Con