Yep, this is an April Fool’s Day joke. It actually fooled some people! 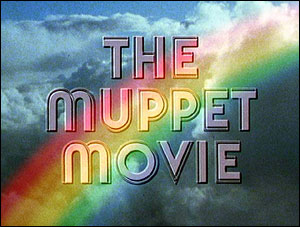 Hold onto to your hats.

For a couple of years now, news has been trickling in about the next theatrical Muppet movie… but that news has changed since we first heard the initial announcement. It’s called The Greatest Muppet Movie of All Time — no wait, it’s The Cheapest Muppet Movie Ever Made! Nick Stoller is directing it — no wait, James Bobin is directing!

Well, color me surprised at the new development this morning from Muppets Studio, now being reported by various entertainment news sources (and confirmed by one of Tough Pigs’ contacts at Disney). Having been unable to come up with a new script that everyone likes, Disney has announced a new plan to relaunch the Muppet movie franchise with a remake of The Muppet Movie.

It sounds crazy, and of course it is crazy. It’s also insane, wacky, and totally nuts. Why even attempt to recreate such a beloved film? But it seems like the reasoning is, “Hey, we already have the script, and we already know people like The Muppet Movie! Let’s do it again!” And it’s not like Disney (and Hollywood in general) hasn’t produced unnecessary remakes before. Many, many times.

Jason Segel is still on board, both for tweaking Jerry Juhl & Jack Burns’s original screenplay to add “a modern comic sensibility” and in the role of Doc Hopper’s flunky, Max. If they’re really determined to do this thing and there’s absolutely no way we can stop it, at least that’s pretty good casting… It’s more promising, anyway, than the news that Jack Black is in talks to play Doc Hopper.

Another interesting detail mentioned in the announcement regards the songs. While they’ll be retaining a few of the songs from the original film — performed by the current Muppet guys, so we’ll have Steve Whitmire’s Kermit singing “Rainbow Connection” and Eric Jacobson’s Piggy doing “Never Before, Never Again” — they’ll replace others with new compositions by Pixar veteran Randy Newman. So, that’s not fantastic, but at least it’s better than ditching all the songs and doing an all-rap soundtrack… right?

While I understand why they’re doing this, I can’t say I’m excited. I mean, we already know The Muppet Movie includes all the Muppets acting in character and saying and doing funny things, so at least we won’t have to worry about whether the jokes would be good. But even beyond the inevitable complaint of “We’ve seen this movie before, we want something new!”, I’m more concerned with the dangers of attempting to fix something that ain’t broken. What if they add fart jokes? What if they replace Steve Martin with Jimmy Fallon? What if they decide the best way to recreate Kermit’s bike-riding scene is with CGI?

As I’ve been writing this, more details have surfaced via websites and e-mail: The fictional World Wide Studios is out and Walt Disney Pictures is in as the studio that gives the gang their big break. Pepe will be added to the story, taking Rowlf’s place as the road-trip buddy Kermit meets at the restaurant. In a product-placement deal, Fozzie will drive a Prius instead of a Studebaker. Lady Gaga has expressed interest in playing Carol Kane‘s “myth” character. And I’m sure more tidbits will make their way to us in weeks to come.

So the next year and a half or so (The Muppets Movie, as it’s being called, is scheduled for a holiday 2011 release) will be an anxious time for Muppet fans. What do you think? Is this better or worse than an all-new project? Which current stars would you like/tolerate seeing in the cameo celebrity roles? And do you think Piggy can still hit all the high notes in “Never Before?”

Click here to be cautiously optimistic, or not, on the Tough Pigs forum!