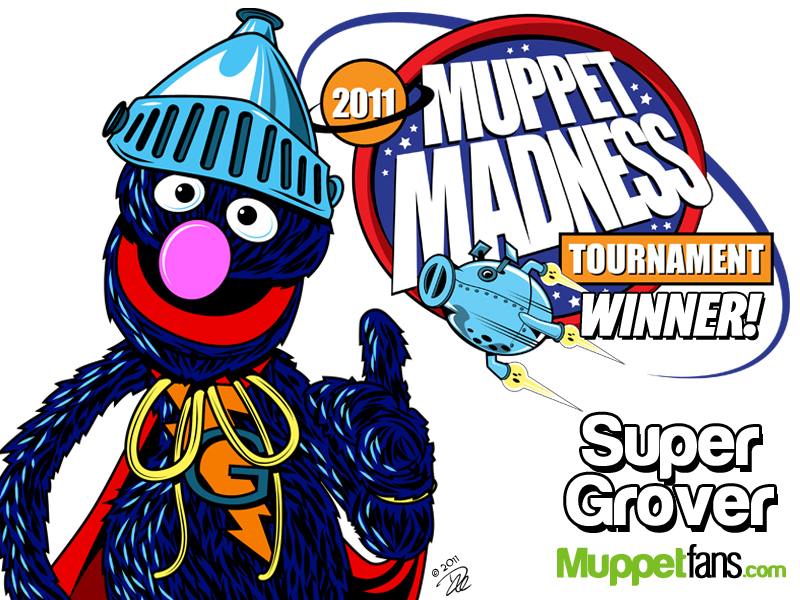 Man, you Muppet fans just couldn’t make things easy, could you? When the final round of the Muppet Madness Tournament began, I figured one contestant or another would take an early and decisive lead, and I could dash off a post announcing the winner a few days early and be done with it… but it wasn’t that simple.

In reality, the matchup of Super Grover vs. Statler & Waldorf quickly becamethe hottest and most suspenseful of the entire tournament. First Statler and Waldorf were leading. Then Super Grover was leading. Then Statler and Waldorf. Then Super Grover. It seemed like every few hours they were switching places, often by a margin of single digits, with no obvious favorite at any point, ever. Who knew it would be such a struggle for the Muppet fans of the internet to crown a favorite?

But in the end there could only be one, and that one wears a helmet and a cape. That’s right — those buzzkills in the balcony were ultimately no match for cuteness and super-helpfulness, with Super Grover winning the tournament by a mere 20 votes. Yes, twenty. Holy crap, is that a small lead. That’s as small as the margin of electoral votes by which Rutherford B. Hayes won the 1876 presidential election over Samuel J. Tilden! Which I’m sure is the first thing you thought of as well.

All of us on the MuppetFans.com team would like to thank everyone who voted, everyone who told their friends to vote, everyone who made a badge or banner to campaign for their favorite character, and everyone who commented on the tournament page, Facebook page, or wherever, with the possible exception of some of the ALL-CAPS people. We hope this has been as much fun for you as it has for us. If that’s even possible. Is it? I don’t know. Let’s ask Super Mommy. 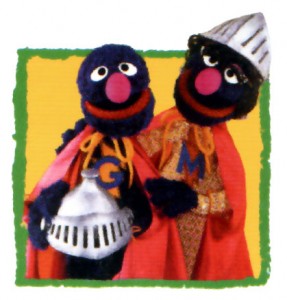 Click here to complain that your favorite character wuz robbed on the Tough Pigs forum! And mad props to Dave Hulteen for creating the excellent Super Grover graphic above… Check out the tournament page to see the alternate images he made in case the tournament went to the other way, or resulted in a tie!