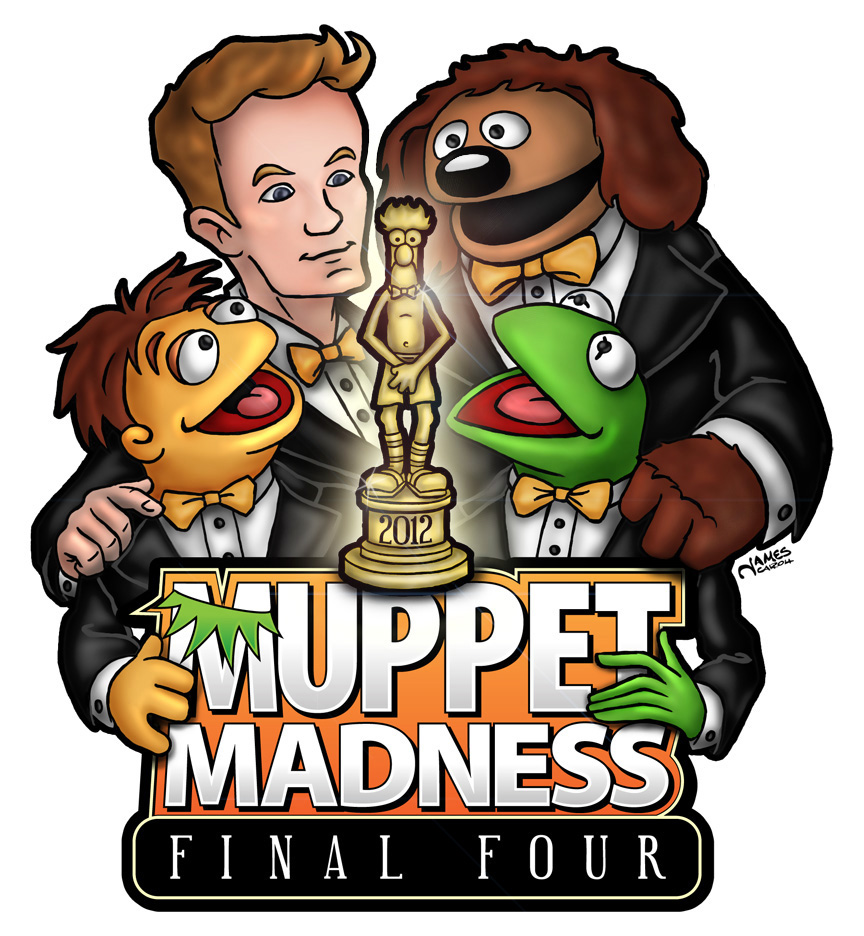 Who would have guessed the most hotly contested match in the Muppet Madness Tournament would be between two guys who aren’t even Muppets?   Well, maybe somebody would have guessed it, but I sure didn’t.  Round Three is over, and Round Four is happening RIGHT NOW, so let’s take our customary look back/look forward. 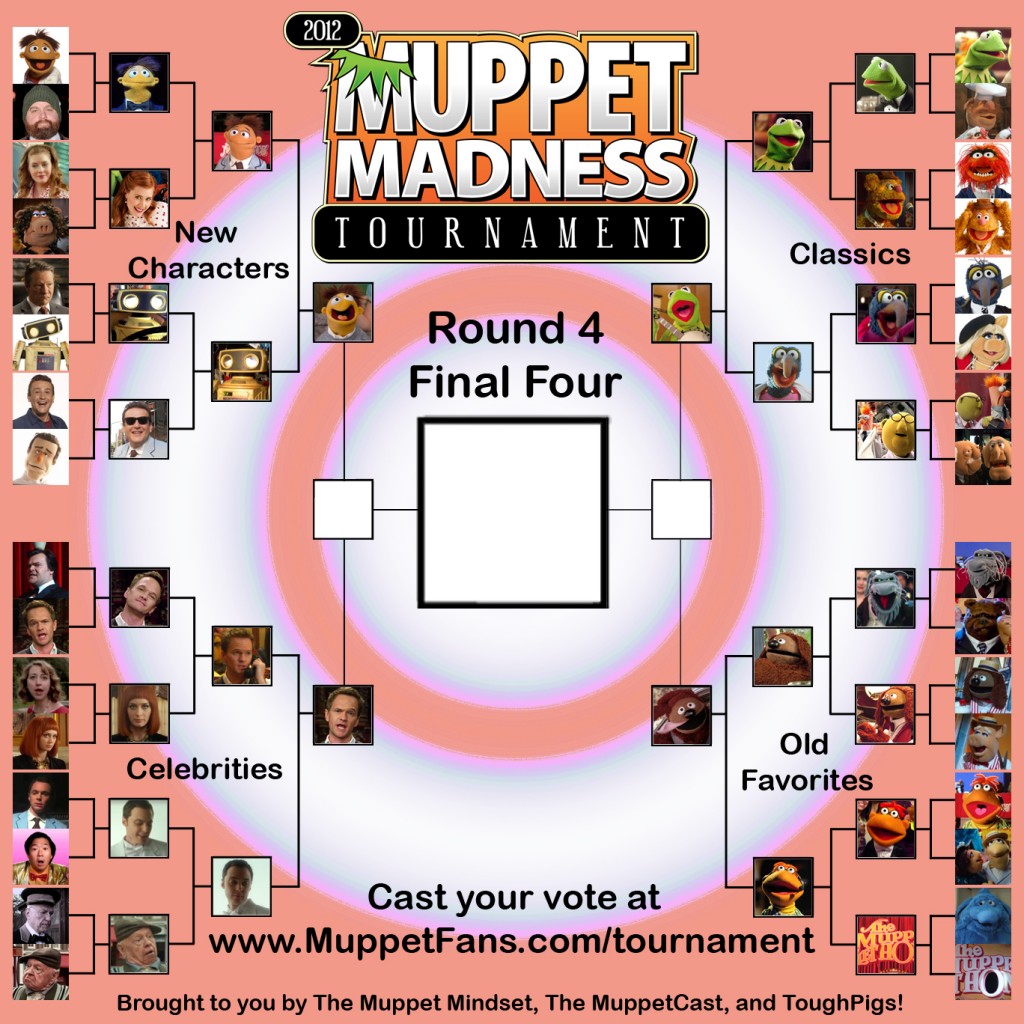 I was voting for 80s Robot all the way, but I knew he would lose to Walter, which he did with just 26% of the vote to Walter’s 74%.  And I’m fine with that, because Walter deserves it.  In a turn of events that shocked no one, Kermit beat Gonzo, but Gonzo made a pretty good run for glory with 35% to Kermit’s 65%.  In the most thrilling match, two CBS sitcom stars stared directly into each other’s eyes, and in the end Jim Parsons blinked, with 48% of the vote that fell short of Neil Patrick Harris’s 52%.  All right, Doogie!  Finally, Rowlf had no problem scooting right past Scooter to victory, with 70% of the vote to Scooter’s 30%.

Now, let’s look at the next round!  This round consists of just two matches, so it won’t take very long! Good news if you read slow; bad news if you were looking for something to do while you wait for your coffee to cool down.

On the left side of the bracket, we have Walter vs. Neil Patrick Harris.  NPH has had a good run, but I just don’t see him winning over everyone’s favorite new Muppet.  And sure, Harris can sing and dance and act and be funny, but so can Walter… and can Neil Patrick Harris whistle like a champion?  I don’t think so.  Here, I’ll even predict the percentage: Walter 79%, Neil Patrick Harris 21%.

On the right side, it looks like Kermit vs. Rowlf, and wow.  I guess a lot of these choices have been pretty easy for you guys, but this one has to be harder, right?  If you base your votes on The Muppets, Kermit had more to do in the movie, but Rowlf made the most of his limited screen time.  I’ll vote for Rowlf, but I’m aware that Kermit is Kermit, so he’s going to win this one… I’ll say Kermit 68%, Rowlf 32%.

And there you have it!  Head on over to MuppetFans.com to place your votes! In this round, you can vote every three hours, so be sure to set an alarm to remind yourself to vote every 180 minutes!  And seriously, don’t dilly-dally, because this round ends at the end of the day on Thursday!  Woo-hoo!

Super-special thanks to James V. Carroll for the excellent Final Four graphic!  And thanks to Tough Pigs’ own Joe for the snazzy images, and for managing to find different The Muppets-related photos of all the tournament contestants for each round!  Click here to kneel before Patrick Harris on the Tough Pigs forum!