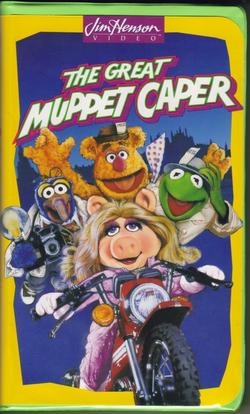 My house, sometime in the 1990’s: A young Matthew watches The Great Muppet Caper on VHS for the umpteenth time. At the moment when Animal grunts and strains to pull off the roof panel at the Mallory Gallery, he asks a question that would lead to a huge discovery.

It’s because of that question that I’ve uncovered a crucial fact that needs to be shared. It may change people’s perception forever, but I’m compelled to reveal the truth.

(I’ll give you a moment to collect yourself. Come back when you’re ready.)

Yes, it’s true. The Muppets are puppets. Puppets that are operated by… wait for it… people. Real life human beings. Just like you and me. I know, it sounds crazy, but it’s true.

You see, Jim Henson knew all this. He knew that even with all the technical wizardry that he and his team developed, the real key asset in bringing these puppets to life was the puppeteers, and he was never afraid to show them off. When 60 Minutes did a piece on how The Muppet Show was made, alongside Jim and Frank Oz, Dave Goelz, Richard Hunt, and Jerry Nelson were interviewed. When The Jim Henson Hour revealed the “Secrets of the Muppets,” it ended with Henson showing off the puppeteers on the show at work, showing just how much effort and coordination is required to make fleece and foam into unforgettable characters. 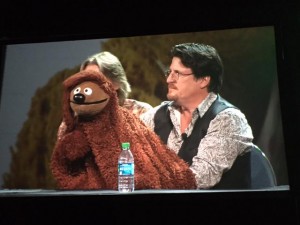 And then for a while, after Jim’s death, it felt like a conscious decision was made by the powers in charge to hide the performers behind the scenes, like they were a dirty little secret that only the diehard fans really cared about. But in recent years, it seems that the curtain has been lifted. Three years ago, at the D23 Expo, I was pleasantly surprised to see the likes of Bill Barretta, Eric Jacobson, and David Rudman receive equal billing with Rowlf, Miss Piggy, and Scooter. At Vulture Fest’s “Morning With the Muppets,” Steve Whitmire and Eric were interviewed longer that Kermit and Fozzie (and not just because those puppets are hard to keep up for long periods of time). And live performances that may have been eschewed in the past because you would have to see the performers are now coming to fruition.

Now some may say that it spoils the magic. Kermit is a frog, not a composition of fabric and a ping pong ball cut in half! But to them, I say, does it really take away what you get out of these performances? Even when I’m seeing these characters performed with the puppeteers in full view, my eyes are still drawn to the puppets. These characters are so expressive and so well-performed that having a puppeteer visible doesn’t change anything. That’s a testament to the incredible work that these performers put into their characters. Kermit is a frog, and it’s because of the performers that we feel that way. 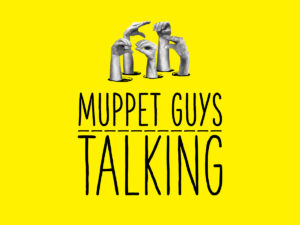 But perhaps the most wonderful part of it all is that these puppeteers are finally getting to tell their stories, and are being appreciated for who they are and the work they do. Caroll Spinney was celebrated in a feature documentary, I Am Big Bird. Muppet fans around the world jump on Facebook to watch Below the Frame. And this week, another film joins the pantheon in Muppet Guys Talking. They share performing tricks, behind the scenes in-jokes, and most importantly, how they were inspired to become puppeteers and how aspiring performers can hone their craft so that, maybe one day, they can join them on Sesame Street, or with the Muppet Show Muppets, or perhaps in a completely new project from the next aspiring Jim Henson.

So I’m going to make a bold prediction, one that I don’t make lightly. Now that the performers are more visible and accessible than they’ve been in years, I think you’re going to see something.

I think you’re going to see more people getting interested in puppetry.

Not all of them will wind up on Sesame Street or the like, but I think more people will think of puppetry as an art form that anyone can try. Maybe it starts with a kid (or even an adult) playing with sock puppets. Someday, that kid buys a toy puppet with a little more expression. And if they’re still having fun, they take a class, or maybe even build their own puppet. And now that they see more examples that puppetry can be a viable career, maybe they stick with it a little longer.

They meet up with other puppeteers. Maybe even join the Puppeteers of America (or a similar organization they have in their country). And then, when these big production companies put out a call for performers for workshops, they send their video in. And maybe, with a lot of time and effort, they can join the ranks of the Muppet performers. And they can share their stories, so that some other kid can be inspired and make up characters with sock puppets.

After years below the frame, the Muppet performers are standing up, and the world is seeing that the people behind the Muppets are just as fascinating as the Muppets themselves.

Click here to play with sock puppets on the Tough Pigs forum!

It’s Goelz, actually. But it’s nice to see him on TV!